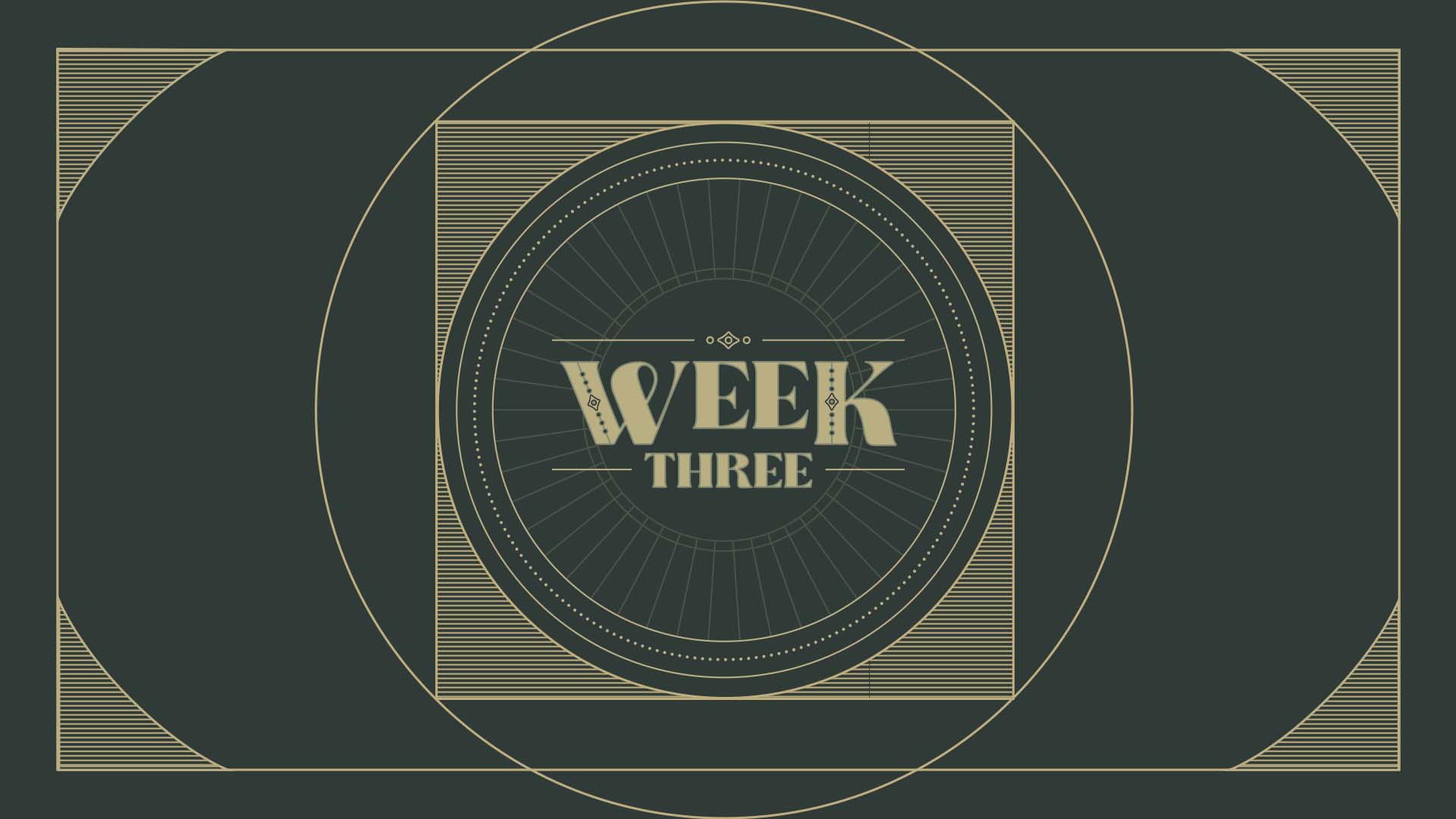 “Now the Lord said to Abram, ‘Go from your country and your kindred and your father’s house to the land that I will show you. And I will make of you a great nation, and I will bless you and make your name great, so that you will be a blessing. I will bless those who bless you, and him who dishonors you I will curse, and in you all the families of the earth shall be blessed.’” (Genesis 12:1-3)

God chose a people for Himself through whom this promised Redeemer would come. He called Abram—an old man who had never been able to have kids—and declared that he would be called Abraham, a name which means “father of a multitude” (Genesis 17:1-5). Through him all people on earth would be blessed, because one of his descendants would be the Savior of the world.

“But they and our fathers acted presumptuously and stiffened their neck and did not obey your commandments. They refused to obey and were not mindful of the wonders that you performed among them, but they stiffened their neck and appointed a leader to return to their slavery in Egypt. But you are a God ready to forgive, gracious and merciful, slow to anger and abounding in steadfast love, and did not forsake them.” (Nehemiah 9:16-17)

Even though they were God’s chosen people, Abraham’s descendants—the Israelites—repeatedly turned away from God. Like all people, they often ignored His commands and failed to trust Him. As a result, they regularly found themselves in need of rescue. God was faithful even when they were not, using the Israelites’ failures and circumstances to teach them—and us—about His limitless power and unfailing love (Psalm 103:7-13).

“The blood shall be a sign for you, on the houses where you are. And when I see the blood, I will pass over you, and no plague will befall you to destroy you, when I strike the land of Egypt. This day shall be for you a memorial day, and you shall keep it as a feast to the Lord; throughout your generations, as a statute forever, you shall keep it as a feast.” (Exodus 12:13-14)

One of God’s great rescues came when the Israelites were slaves in Egypt. God sent plagues on the Egyptians to convince them to let His people go. God’s people were told to sacrifice a lamb, and everyone marked by the blood of the lamb escaped God’s punishment. The Israelites were instructed to remember the Passover each year, partly because it was a foreshadowing of another Passover lamb to come (1 Corinthians 5:7; 1 Peter 1:19).

God established a line of kings over the nation of Israel. He promised King David that someone from his family would forever be on the throne. When the nation was later sent into exile and left without a king, it probably felt like it was impossible for God to fulfill that promise. However, there was a future King coming who would reign for all time (Isaiah 9:6-7).

“Fear not, for behold, I bring you good news of great joy that will be for all the people. For unto you is born this day in the city of David a Savior, who is Christ the Lord. And this will be a sign for you: you will find a baby wrapped in swaddling cloths and lying in a manger.” (Luke 2:10-12)

After a long wait, but in God’s perfect timing, Jesus was born. As the offspring of a virgin woman and a descendant of Abraham and of King David, He fulfilled all of God’s promises (Luke 1:26-33). Although fully human, born as a helpless infant, He was also the Son of God who had existed since the beginning. The Author was entering His own story to rescue His people. The birth of Jesus is the reason for the Christmas season!

“And he went throughout all Galilee, teaching in their synagogues and proclaiming the gospel of the kingdom and healing every disease and every affliction among the people. So his fame spread throughout all Syria, and they brought him all the sick, those afflicted with various diseases and pains, those oppressed by demons, those having seizures, and paralytics, and he healed them.” (Matthew 4:23-24)

Jesus did many miracles to care for the hurting people around Him and prove that He was the Son of God (Luke 7:20-23). Big crowds of people came to see Jesus and hear Him teach. Jesus chose 12 followers to be His disciples and share in the work of ministry with Him (Mark 3:13-19). As a human, Jesus was tempted in every we are, and yet He never sinned (Hebrews 4:15).

“It was now about the sixth hour, and there was darkness over the whole land until the ninth hour, while the sun’s light failed. And the curtain of the temple was torn in two. Then Jesus, calling out with a loud voice, said, ‘Father, into your hands I commit my spirit!’ And having said this he breathed his last. Now when the centurion saw what had taken place, he praised God, saying, ‘Certainly this man was innocent!’” (Luke 23:44-47)

Because Jesus lived a perfect life, He is the only person who did not deserve the penalty for sin. However, He chose to suffer the penalty of death in order to fulfill God’s plan for saving His people (Matthew 26:38-29). Jesus was put on trial, and even though He was found to be innocent (Luke 23:13-15), He was still killed on the cross at Passover. His sacrifice paid for our sins (1 Peter 2:24).