Which Is Upstream: Scripture or Politics?

In 1981, eight families in Woburn, Massachusetts, sued two companies that had contaminated their town’s drinking water. Tragically, the contaminated water caused many of the town’s children to get sick. The eight families who sued all had one thing in common: each family had a child with leukemia. This true story was dramatically told in the book, A Civil Action, and later retold in a movie starring John Travolta. I remember reading the book and watching the movie and thinking to myself how the actions of a few can terribly impact many others.

We all “drink” from many sources in order to make sense of our world. Theologians refer to various sources of authority like tradition, reason, experience, Scripture, feelings, etc. All truth is God’s truth, and we can certainly learn from various sources. However, as was rightfully expressed in the Protestant Reformation, God’s Word is our greatest source of authority (Sola Scriptura). In other words, God’s Word surpasses our experiences, reason, and feelings. Although I may feel one way, I am called to obey Scripture. Likewise, although my experience tells me one thing, I am to obey Scripture’s commands first.

Sadly, many people inside the church today fail to trust in God’s Word as their primary authority and guide. Perhaps, this is most clearly seen in the political arena. Politics often drives our thinking, not Scripture. We are tempted to follow our favorite candidates or political pundits with little regard for what Scripture says. In our zeal for political expediency, we tend to champion causes without considering fully their merits or the means by which they are communicated.

To be sure, as Christians, we should care about the welfare of our nation and vote according to our biblical convictions. We should prayerfully evaluate the issues and support candidates who most consistently align with a biblical worldview. We must take a stand on issues of life, marriage, gender, and sexuality. We should also care about fiscal responsibility, race relations, foreign policy, immigration, and many other pertinent issues facing our nation.

Keep in mind, however, that while there are some clear “red lines” where the Bible speaks plainly and specifically to how we should vote, there is also room for Bible-believing Christians to disagree. In other words, we must have some sort of theological triage to discern which hills to die on. Richard Baxter, a famous Puritan, often stated, “In necessary things, unity; in doubtful things, liberty; in all things, charity.”

After the last presidential election, our country experienced a sharp divide. Sadly, so did the church. Not surprisingly, the church divided between conservative and liberal just as it customarily does. The evangelical church also experienced division from within and resorted to a political rhetoric akin to the rest of the world.

We will soon enter back into an intense political season of debate. Americans will return to the polls, and you will be forced to choose not only the candidates but the manner in which you choose to engage. Some will demonize anyone who disagrees with them while shouting their tribe’s talking points, forwarding false news stories, inciting fear, and trafficking in online diatribes. Other people will withdraw completely out of a lack of understanding, indifference, or fear.

How to Engage in Politics

My prayer is that we as a church will faithfully engage in the political process. To do so, we must first understand what the Scriptures teach about the role of the government, church, and family. All three are God-given institutions that have unique roles distinct from one another. In a word, the government is called to protect its people, the church is called to proclaim the truth of God, and the family is to provide for its members. Historically, whenever these roles are mingled or denied, it leads to disaster, and people suffer terrible consequences. Tyranny reigns, the church compromises itself, and the family forfeits its God-given blessings.

Those willing to faithfully engage in politics must recognize that the ends do not justify the means. Regardless of our motives or how right our objective, we are not given the freedom to bear false witness or demonize those who disagree with us. We are not permitted to respond in kind to those who slander, malign, or falsely label us.

More people within the church should faithfully engage by running for office, financially supporting righteous causes, lobbying legislators, and most certainly exercising their right to vote — a unique privilege that we should never take for granted.

You can make a difference, but it will require more than political rhetoric, nervous hand-wringing, and hours consuming political news stories. Last year, for example, I watched my wife and a handful of women in our neighborhood actively participate both in our local school board election and in the state legislature. The “kitchen table” assembly made up of a diverse group of women built a statewide coalition that worked to bring about change through hard work, long hours, overcoming setbacks, and faithful, winsome political engagement. As a result of their efforts, kids in our state struggling to read will now be afforded better instruction and care.

This fall, I pray we as a church place Scripture upstream from our politics. Our hope is not in a political candidate, a party’s platform, or an outcome of an election, but in the risen Savior who promises new life and a future kingdom to all who trust in Him.

May we prayerfully consider how we might faithfully engage in the political process. If we fail to do so, then something even worse than contaminated water will result, and many will suffer the inevitable consequences.

See you on Sunday, 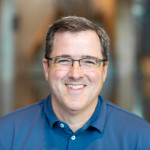 Uncompromised Resources
Watermark Family: Hold Fast
Dear Watermark Family: The Story
Why Does the Church Gather?
3 Ways to Make Our Church Feel Smaller
Thinking About Ukraine
4 Priorities for the Next Year
Thinking About Uvalde
Our 4 Core Values
3 Reasons to Join Us at 5
Moving “Boxes”
Which Is Upstream: Scripture or Politics?
An Update on Strategic Priorities
From Genesis to Jesus: Reading the Bible Together in 2023
Living With Jet Lag: Why We Chose to Do a Message Series on 1 Peter

How Should Christians Vote?

Sep 16, 2022 • 5 min
How should Christians vote? Learn some practical ways to think through how you should vote from a Christian perspective.

Watermark Community Church • Sep 16, 2022 • 5 min
Here is a guide to help your community group honestly and graciously dialogue about politics and voting decisions before an election.