How Should Christians Vote?

Voting is one of the most important and impactful things you can do. In just a few minutes on a Tuesday, you can potentially help shape the lives of millions of people for generations to come. Or, at the very least, voting (and voting wisely) lets you know that you tried.

Of course, voting well is not always easy, and the choices are not always clear-cut. So, at The Life Initiative, we’ve put together a guide for how to think through the choices this November.

When and How Can I Vote?

First things first: showing up at the polls on November 3 won’t do any good unless you are first registered to vote. Even if you’ve registered in the past, you might need to update your registration if you’ve moved since then. You can register to vote, or check to see if you are registered, at vote.org. In Texas, the deadline to register is October 5, so don’t wait!

The vote.org site also has links to help you find where you can vote or how you can vote by mail, if needed. Remember that early voting is a great way to avoid lines and crowds at the polls. In Texas, early voting runs from October 13 to October 30 this year.

Should I Vote if I Don’t Like the Options?

In the 2016 election, about 100 million people who could have voted chose not to, with 25% of those non-voters saying it was because they did not like the personalities or policies of the candidates for President.

Jesus is not on the ballot, so there is no perfect candidate to vote for. Sometimes all of the options are pretty far from perfect, making it hard to truly support any candidate. However, just because both candidates have problems doesn’t mean that they are identical. It still matters which one is elected. Our job is to use our God-given discernment to comb through the available information and make a decision, regardless of how nuanced, complex, or compromised that decision may be.

People throughout the Bible had to navigate living under governments and rulers that were not submitted to God, or were even actively opposed to Him. For example, when the people of Judah were conquered by Nebuchadnezzar and sent into exile in Babylon, God told His people to “seek the welfare of the city where I have sent you into exile, and pray to the Lord on its behalf, for in its welfare you will find your welfare” (Jeremiah 29:7). In addition to praying for our country and its leadership (1 Timothy 2:1-2), one of the main ways we can “seek the welfare” of the land we live in is to vote for the best options available to us.

How Can I Discern Who to Vote for?

So who is the best option? We won’t tell you which candidates to vote for, because different people can have different convictions, and “each person must be fully convinced in his own mind” (Romans 14:5). But we will say that a Christian’s voting choices should be rooted in truth. It should be an informed decision, based on biblical wisdom rather than political dogma.

As you think through the options, here are three principles to keep in mind:
- Personalities vs. policies. When it comes to governing, a politician’s policies have far more impact on the welfare of the people than the candidate’s personality or personal history. That is not a carte blanche excuse for reckless behavior, whether in or out of office, but it is a practical reality to consider. This leaves Christians in the unfortunate position of voting against candidates who claim to be Christians but whose policies do not align with biblical values, and vice versa.
- Single-issue disqualifiers. This concept is summarized well in the Real Truth. Real Quick. episode on whether Christians should be single-issue voters. Christians should care about a variety of issues that impact our local communities, states, nations, and world. However, in weighing those issues, some carry far more weight than others. For example, if a candidate ever advocated for a return to slavery or wanted to initiate another Holocaust, that would be so egregious as to disqualify them, regardless of what their stances were on other issues. Although we are not aware of any candidates today who want to make slavery legal, there are politicians who openly favor expanding abortion and forcing all taxpayers to help pay for it. Considering the massive number of children already killed each year through abortion, we similarly consider that to be a single-issue disqualifier.
- Packaged-deal ethics. Tim Keller, founder of Redeemer Presbyterian Church, reminds Christians that a biblical worldview does not fit wholly within either the Democratic or Republican party in this New York Times article, “How Do Christians Fit Into the Two-Party System? They Don’t.” He uses the term “packaged-deal ethics,” which refers to how political parties want members to identify with their platform in its entirety, rather than evaluating the party’s stance on each individual topic. Because the United States is a republic where we vote for representatives rather than a pure democracy where we vote on every issue, Christians must decide which candidates they align with most closely while not blindly supporting every plank in the platform.

After researching the candidates (including state and local offices, which can be just as important) and considering these principles, make the best decision you can—and then, vote. If you are consistently disappointed by the options on the ballot, consider getting involved earlier in the process and perhaps even becoming a candidate yourself.

It is true that a Christian’s hope is in Christ and not the government. However, it is entirely biblical for Christians to engage in politics and pursue public offices in order to bring the truth of the gospel to bear on our laws and in our communities. It is one of the ways that we can fulfill our roles as “ambassadors for Christ” and ministers of reconciliation (2 Corinthians 5:18-20). 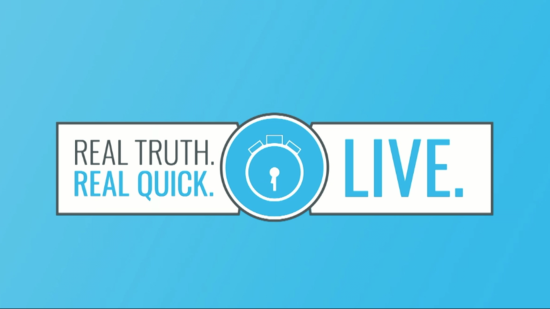 When Is It Biblically Acceptable to Disobey the Government?

Apr 9, 2020 • 1 min
In this episode, Todd and the team tackle Maundy Thursday origins, disobeying the government, and the Lord's command for a Sabbath.

Watermark Community Church • Sep 14, 2020 • 7 min
If you want to get unstuck, here's a different way of communicating.