The Way God Made Me 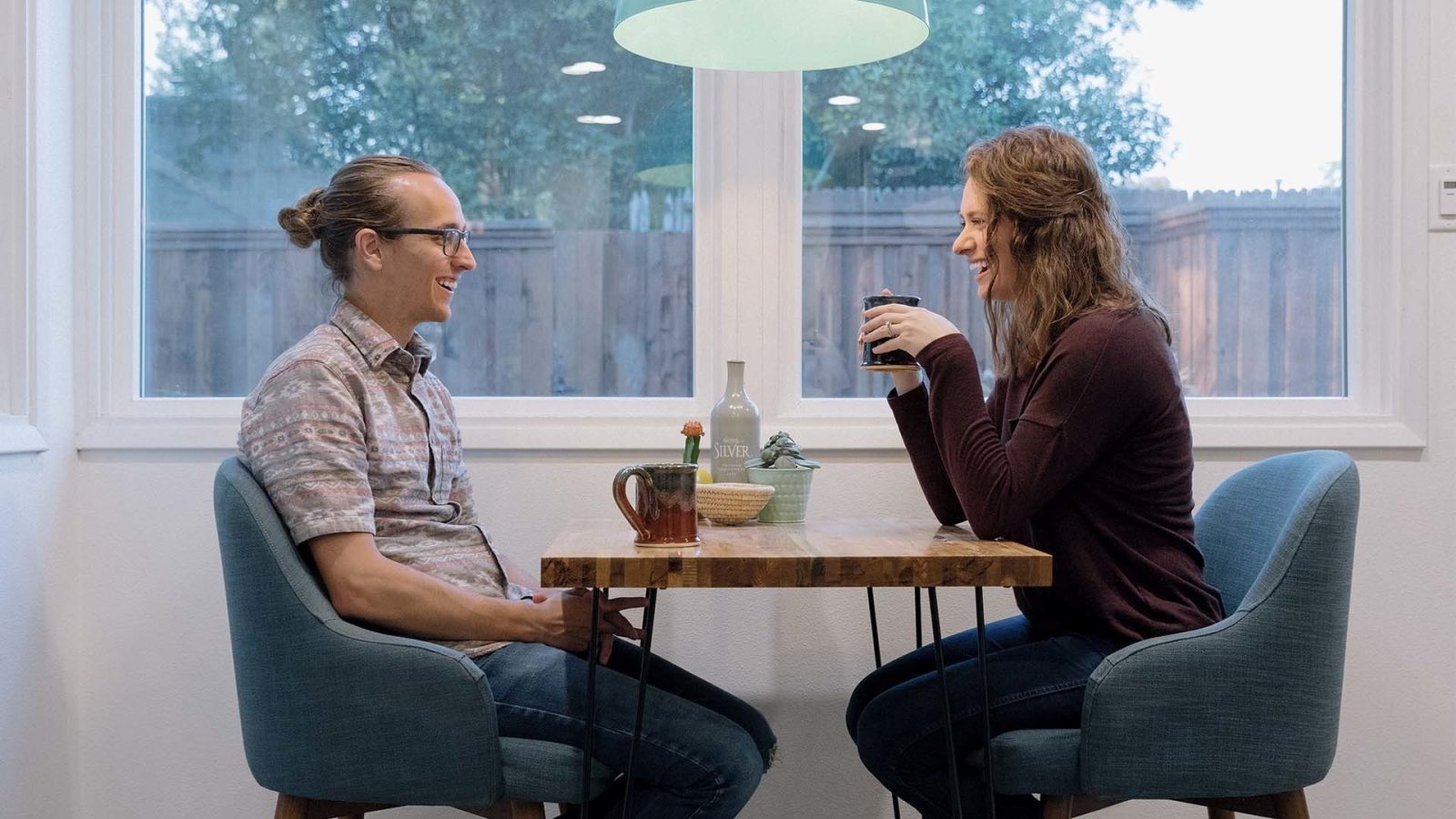 “I receive feedback so much better now because I’ve learned both to assume the best about others and see that God often uses feedback from other faithful believers to spur me on in my relationship with Christ. I am no longer ruled by shame but rather live in the freedom of God’s promises.” – Devin Bybel

“I’ve always been taught that you don’t have to clean up or shape up to come to Christ – that there’s nothing I could do to make Him love me more or less,” said Devin Bybel. “But living like I believed in God’s unconditional love and grace for me was another thing altogether. For years, I struggled with thinking that the way God made me was wrong.

“I always felt different from others around me. Some of the differences between myself and the rest of my family are because I am adopted. My mom and dad are laid-back, non-confrontational people, and I’ve been a strong-willed, opinionated, ‘Type A’ person for as long as I can remember. Other kids around me were free-spirited and fun, while I was outspoken and assertive – all things I thought a girl should not be.

“Fortunately, my parents were faithful Christ-followers, and I heard the gospel consistently throughout my childhood. I trusted Christ when I was a kid, although I didn’t have the total picture yet. I’m so thankful for the spiritual foundation God built into my early life and the way it shaped my walk with Him.

“Yet, the insecurity about feeling ‘different’ persisted. In order to fit in with those around me, I was a perfectionist when it came to school, music, and sports. As I got older, my focus shifted to friends and to boys, whether those relationships were healthy or not. I was involved in mentorship throughout high school and had community around me, but the distraction of having a relationship with a boy was always there. I wavered between pursuing the Lord and pursuing a relationship as I went off to college.

“Toward the end of college, I met Peter, and we married in 2012. I was in a season of spiritual growth, and I feel like God used Peter to show me unconditional love and acceptance. Early on in marriage, I learned that even a sweet, wonderful, faithful husband could not fulfill me. I could still be ‘let down’ by anyone – including Peter. I started to be more consistent in my time with the Lord and running to Him with my struggles. I even went through re:generation, Watermark’s biblical recovery ministry, where I learned that I needed to fully trust in the Lord’s promises. The verse, ‘You are beautifully and wonderfully made’ applied to me as much as anyone. But even in the midst of this season of growth, I was still plagued by insecurity.

“We joined a Foundation Group, which is a community group for couples who have been married three years or less. It wasn’t the first time I’d been in a community group, but this was the most challenging of all seasons for me. At times, my strong-willed nature rubbed people the wrong way. When I received feedback about that, I wrestled with the idea that I was fundamentally flawed, unlovable, and broken. In my pain, I chose to withdraw, rather than engage with others and with the Lord. It was a tough season.

”Fortunately, God reconnected me with my high school mentor, Kris Howell, during this season. Whenever I felt awkward or left out as a teenager, Kris listened to me and shared the truth from God’s Word. When I struggled with depression as an adult, Kris and I discussed 2 Corinthians 5:17 and the Lord’s plans for His children. God’s Word says I am a new creation; the old has passed away and the new has come! I could not white-knuckle my way into sanctification. I needed to trust the Holy Spirit to convict me and then confess and repent. I learned that the Lord did not make a mistake when He created me as an outspoken, straight-forward person. God could use all those qualities for His purposes, even as He helped me sort out parts of my life that were not pleasing to Him.

“Since then, God has made so many changes in my life, and taming my tongue was among the biggest. I’ve always been strong-willed and opinionated, and at times the way I communicated seemed insensitive. Because I am loved by God, I care deeply for the people around me. As I have grown in Christ, I recognize when the words I’m tempted to use do not reflect my heart. The Lord has helped me pause and take those thoughts captive.

“Today, God has surrounded me with a great community of friends who hold me accountable and give me a place where I am fully known and fully loved. I receive feedback so much better now because I’ve learned both to assume the best about others and see that God often uses feedback from faithful believers to spur me on in my relationship with Christ. I am no longer ruled by shame but rather live in the freedom of God’s promises and His deep, unconditional love for me.”

“Therefore, if anyone is in Christ, he is a new creation; old things have passed away; behold, all things have become new.” (Corinthians 5:17)