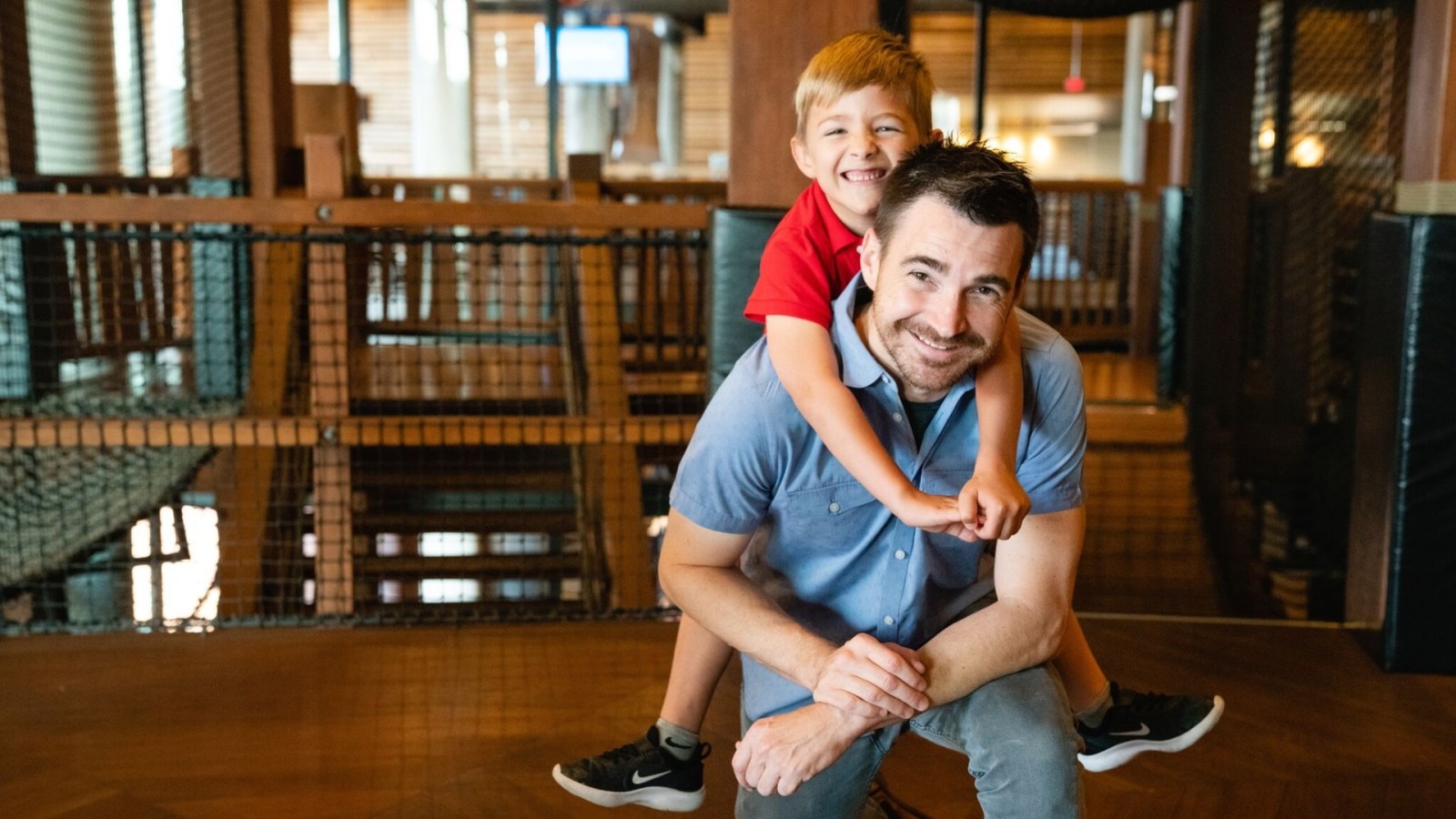 “In 5th grade, I experienced my first panic attack and anxiety began to rule my life,” said Jason Cirone. “In high school, I thought the cure for my anxiety was alcohol, which led to multiple arrests and juvenile probation. Although I knew my choices were wrong, I justified them so I could continue to do the things I thought would bring me happiness. My anxiety overwhelmed me, and I desired to control every part of my environment, relationships, and outcomes to situations.

“As a young adult, I lived the fast life, looking for satisfaction in alcohol, drugs, relationships, and parties while trying to live a lifestyle incongruent with the money I made. I wanted to fit in and to be ‘normal’ like everyone else. I’d wake up often feeling shame and guilt for what I’d done with a strong desire to change. It was a constant nightmare of trying to modify behaviors using my own power but falling back into sinful patterns and hating myself for it. Looking back, I was a living example of Romans 7:15-18.

“I was in a cohabitating relationship when we found out we were expecting a baby. I longed to have a family, but now I worried constantly about being a father. I’d mask my feelings of inadequacy with alcohol and pornography, and I would withdraw from my responsibilities at home by scheduling work trips. At the time, I was working in video and film production. I traveled the world interviewing fashion elite and producing content for concerts. No matter how much success I achieved it was never enough, but I had no energy to contemplate what was really missing in my life.

“The big wakeup call happened when my fiancé and mother of my son, Becker, told me she wanted to separate. I remember blaming God and audibly yelling at Him, ‘How could You let this happen? I’m trying my best.’ The Lord, in His kindness, quieted me at that moment and showed me the true problem – me! I said I wanted a different way of life, but I wasn’t acting on it. Ultimately, I was looking to the world and my fiancé to be my salvation.

“God’s Word unraveled every wrong I’d held onto and taught me what Christ’s death, burial, and resurrection were for.”

“Broken and humbled, I reached out to a friend who was a youth pastor in Florida for help. He referred me to Watermark and I got connected with Wes Butler, who was on staff. I met with him in hopes of finding a way to get my family back. Instead, he asked me, on a scale of one to ten, how certain I was that if I died that day I would spend eternity in heaven with Christ. I accepted Christ as a child but considering the wrongs I had committed over the past 30 years, I told him I was ‘a seven.’ Wes explained that there was nothing I could do to earn or deserve God’s love. Christ had paid the penalty for my sin in full, and His grace was a free gift that was given to me while I was still in rebellion against Him. Wes shared that when I placed my faith and trust in Christ that I was forgiven of all sin – a ten on the scale. The truth pierced me in that moment: I was forgiven of all sin!

With this new understanding, the burden of shame and guilt I’d been living with all my life was lifted. I believed in Jesus as my Savior. Now, I was ready to trust Christ as my Lord. Following the separation from my son’s mother, the Lord had completely removed my desire of pursuing drugs, alcohol, and immorality as replacements for the gift I now recognized I had been given in Christ. I had a new hunger and thirst to know more of who Jesus was and why He did what He did. I began reading the Bible daily and quickly started to see all the lies I let myself believe when I thought my way was better.

“God used re:generation, Watermark’s biblical recovery ministry, to teach me to stop looking at people and worldly possessions as a path to peace. I learned to confess my sins, ask for forgiveness, and find freedom by relying on the Lord. God’s Word unraveled every wrong I’d held onto and taught me what Christ’s death, burial, and resurrection were for. Christ didn’t die on the cross only for the socially acceptable sins; He died on the cross for every sin.

“That same year, I was given an opportunity to produce shows at Coachella, a large music festival in California. It fell on Easter weekend. I signed up to serve on the tech team at Watermark that weekend and was so excited to take my son to church, so I turned down the project. This decision helped me see there was something more important than pursuing the lifestyle I thought I deserved. I began praying that everything I wanted to do professionally and personally would be for God’s glory (Matthew 16:24-25).

“Today, I get to point people to Christ in my daily walk and through my work on the Film Team at Watermark. Now my life isn’t about me or money, but about making Jesus’s name known. I’ve found more joy on projects where I get to share the good news of Christ than any other high-profile job I’ve ever done. For the first time, I’m where the Lord placed me, rather than where I’ve placed myself.

“I never truly found freedom until I experienced God’s grace. Watching God’s grace at work in my life, and the life of my son is like nothing this world could ever offer me. I cherish getting to see Becker’s heart develop in Christ, as the Lord continues His work in mine. I now have what I was so anxiously searching for: peace and contentment in the name of Jesus (John 14:27).”

Due to current events, Dallas and Fort Worth campuses are meeting online for re:gen! Every week there is an online teaching time followed by small groups virtually.