Diagnosing and Dealing with 3 Spiritual Cancers in your Community Group.

Rob warns us of “cancers” that can kill relationships within your community: indifference to sin, "I'm not going there" or a lack of authenticity, and idleness towards scripture. How to Pursue Relationally 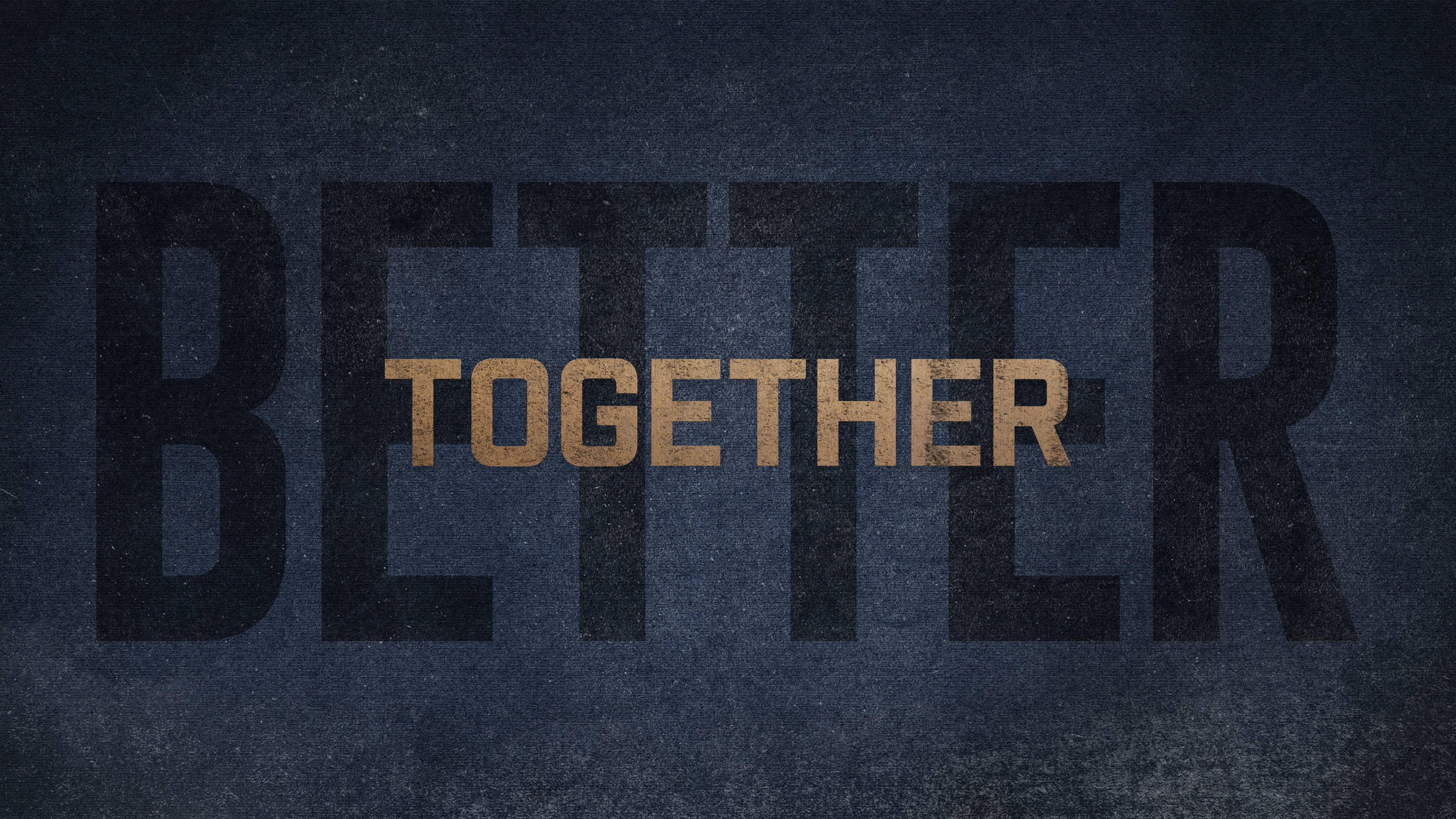 How Is Your Location: The Importance of the Health of Every Community Group Why Regular Attenders Are Really Scoffers The Path of Accountability Diagnosing and Dealing with 3 Spiritual Cancers in your Community Group.

If you're new to Watermark, Community Groups are the vehicle through which we shepherd and care for members here. Our Community Groups are closed, meaning people don't come in and out. You're closed, and you know exactly who you're accountable for and who's accountable for you. My wife and I have been in community for about a decade now, and this summer something happened that had never happened in community before.

Specifically, it was June 20, where we get a phone call from Ryan and Natalie. The message was short and very simple. "Natalie has breast cancer." Even saying that, I know to many of you in the room that means something, because you have gotten that phone call before. My mom died of cancer seven years ago. If you've been on that journey with somebody, you know there are a lot of decisions you have to make in a very short period of time.

I start with that, because over the last eight years being a community director at Watermark, I am the beneficiary of seeing patterns of Community Groups and seeing different types of sicknesses that will infect your group and destroy it. Today I want to talk about three different spiritual cancers that will kill your Community Group.

You and I both know that when Jesus speaks like that, he's speaking in hyperbole, in exaggeration. So what does Jesus mean for his followers? Here's what he means. If you want to be identified as a follower of his and fully devoted, you have to aggressively attack sin. I don't know what the sin is you have to attack, but you have to be aggressive toward it.

Here's what I am trying to be aggressive toward right now in my life. It's the sin of a lack of self-control. Unfortunately, it all has to do with my mouth. The first one of the sins is gluttony. I have a self-control issue with food. If we're out to eat, I think it's a sin not to finish the food on my plate, and if your plate has food on it, I think it's a sin for me not to finish your food too. I mean, 5,000 calories? That's a joke. Let's do that now.

Let me tell you, if I don't take that sin seriously, it will destroy me and it will destroy relationships around me. That cancer has spread with me to another form of spiritual cancer. It's a lack of self-control. My tongue is used to wound my oldest son. If you were to ask Jackson Barry, my 10-year-old, "Hey, where would you love to see Dad grow in?" he would say, "His gentleness and kindness in the way he talks to me." Not being aggressive toward those two sins in my life will harden me, continue to numb me, and destroy relationships around me.

The crazy thing with my friend Natalie is her cancer was a tumor that was one centimeter big. Most of you probably can't even see this pebble in my hand in high definition. (It's not a real tumor.) You and I both know that that one-centimeter cancer in my friend's life will kill her. I'm here to tell you that you're deluded if you think that sin in your life won't do the same to you and relationships around you. Friends, we cannot be indifferent toward sin in our lives.

2."I'm not going to go there." "I'm just not going to go there. That's off limits." Here's what Paul says in Ephesians 5:8. "For you were once darkness, but now you are light in the Lord. Live as children of light…" That might sound familiar to some of you. Maybe you've read Ephesians, but it might sound like 1 John. First John 1 is talking about bringing your sin into the light. Ephesians 5 is talking about having a lifestyle that is marked by living in the light.

We don't have a choice, if we're going to say we're a follower of Jesus, to have a partitioned life. Full devotion to somebody is not a partitioned devotion. Let me give you an example. "Hey, I want accountability in my life to help me walk with Jesus, but not in the area of finances. Hey, I want accountability in my life, but I'm not going to talk about parenting or my job or kids' sports. That's off limits. Don't even touch that one." Your sex life… All of those things JP mentioned. We can't have a partitioned walk with Christ.

We all know emotionally why we don't talk about those very taboo subjects with people in our Community Group. It's just painful. Me sharing that with somebody… There could be shame around that. There could be guilt around that. I could share that and you could call me to action. "Whoa! Hey, I'm just sharing with you, bro. I'm living in the light. I'm not asking for advice." You know, our past…

One of the things that really blessed Ryan and Natalie as they are walking through this journey is that they just wanted somebody from our Community Group to join them at every single doctor visit. First, just to minister, a presence to be there. Second, because the doctors were sharing a lot of information, and they wanted to make sure they heard everything correctly.

How crazy and absurd would it be if Natalie looked at the doctor and went, "Hey, I'm not going to go there. That's off limits." No, Natalie knew that doctor wanted to heal her, take care of the cancer. Everything was on the table in those moments. I would tell you your Community Group is God's provision for you to be sanctified in your walk with Jesus. Nothing should be off the table.

3._ Idleness toward time with Jesus. Here's what Paul says in Romans 12:11. "Never be lacking in zeal, but keep your spiritual fervor…" Idleness is the exact opposite of that. It's apathy. It's lukewarmness. Another synonym is _undisciplined. We've all been in community with people who just don't have an appetite for God's Word. What's worse than that…that would be one thing…they don't care about developing an appetite.

Do you know what Paul says in 2 Thessalonians 3? "Have nothing to do with the idle brother or sister." That's after patience and warning them. What I would tell you is if you have somebody who's apathetic in your Community Group, that is your problem now. You cannot become apathetic as a group toward somebody who is walking in apathy and idleness. It's like you are the surgeon to remove that cancer.

My friend Natalie, when she went in for her double mastectomy… The surgeon goes in there, and the first thing they do is re-biopsy that tumor, and you're praying to God it comes back benign. Right? It's non-cancerous. That's what we have to do. When we push, prod, encourage the idle and apathetic brother, when they put it into some kind of gear and start moving forward, we just celebrate. "Way to go."

But if we do all of those things and that apathetic brother or sister doesn't move, we have to treat it like it's a malignant tumor, and we have to get it out of our body. We have to cut it out. Think about this. How crazy would it be if Natalie's surgeon was apathetic? We were there. The very first thing that came out of her mouth to the surgeon when she came out of surgery was, "Did you get it all?"

How crazy would it be if the surgeon was like, "I don't know. I don't know. Are you excited about the Cowboys game next week? Hey, do you know picture frames are half price at Hobby Lobby right now?" "What? No, did you get it? Did you get the cancer?" Friends, it is our job… We are God's provision for the apathetic brother. If you don't remove it, it will kill your group.

All of those started with I: indifference, "I'm not going there," idleness. Here's the deal. Here's what Jesus says about the letter I and his followers. "I must become less, and he must become more." Can I just suggest that if you become apathetic about those three spiritual cancers around you, maybe Jesus is not your commander in chief? Maybe you're your commander in chief.

December 15 was a great day for our Community Group. Surgery was over, chemo was over, and radiation was over. The one thing that marked Natalie through that whole process is she just kept saying, "I want to be aggressive now." Today is the day. I'm here to tell you if you're not aggressive toward those three spiritual cancers, you might make it through 2017, you might even make it as a group through 2018, but you will not make it. You will be a statistic. You're not an exception.

Today, we get to celebrate life change as well, members in our body who have put this talk and those two previous talks into practice, who have applied what Jesus says in Matthew, chapter 7. "Whoever hears my words and puts them into practice is like a wise man who built his house on a rock." Check out this life change.

Female: If not for community…

Male: If it was not for community…

Female: If it wasn't for Christ through community in my life, I wouldn't have people to love me and correct me when I'm wrong.

Male: If not for community, I would still struggle with my need to people-please at my workplace, specifically my boss, and neglecting my wife and my child at my home.

Female: If not for Christ working through community, I'd still be trapped in anxiety and OCD, not finding my value and worth in who God says I am.

Female: If not for Christ working through community, I would not have had support to pursue a healthy relationship with my mom.

Female: I would not have had the courage to confront and forgive the man who assaulted me.

Male: I would have never confessed to my wife to using cocaine constantly to deal with my fear of failure and my hurts and hang-ups.

Female: I would probably still be in denial about the idols I've placed in food and materialism.

Female: I'd still be doing everything the way I want to do it and be alone and miserable because of it.

Female: I wouldn't have stayed married after our first year of marriage.

Male: I'd be enslaved to pride, pornography, and debt.

Male: I would not have pursued the relationships that have brought such depth and richness from a group of people who are so different than I am.

Female: Community was the first environment where I had to learn, hey, when we disagree, I'm going to lean into that.

Female: Because we push each other toward Christ and love and encourage each other daily.