White-Knuckling My Way Through Life 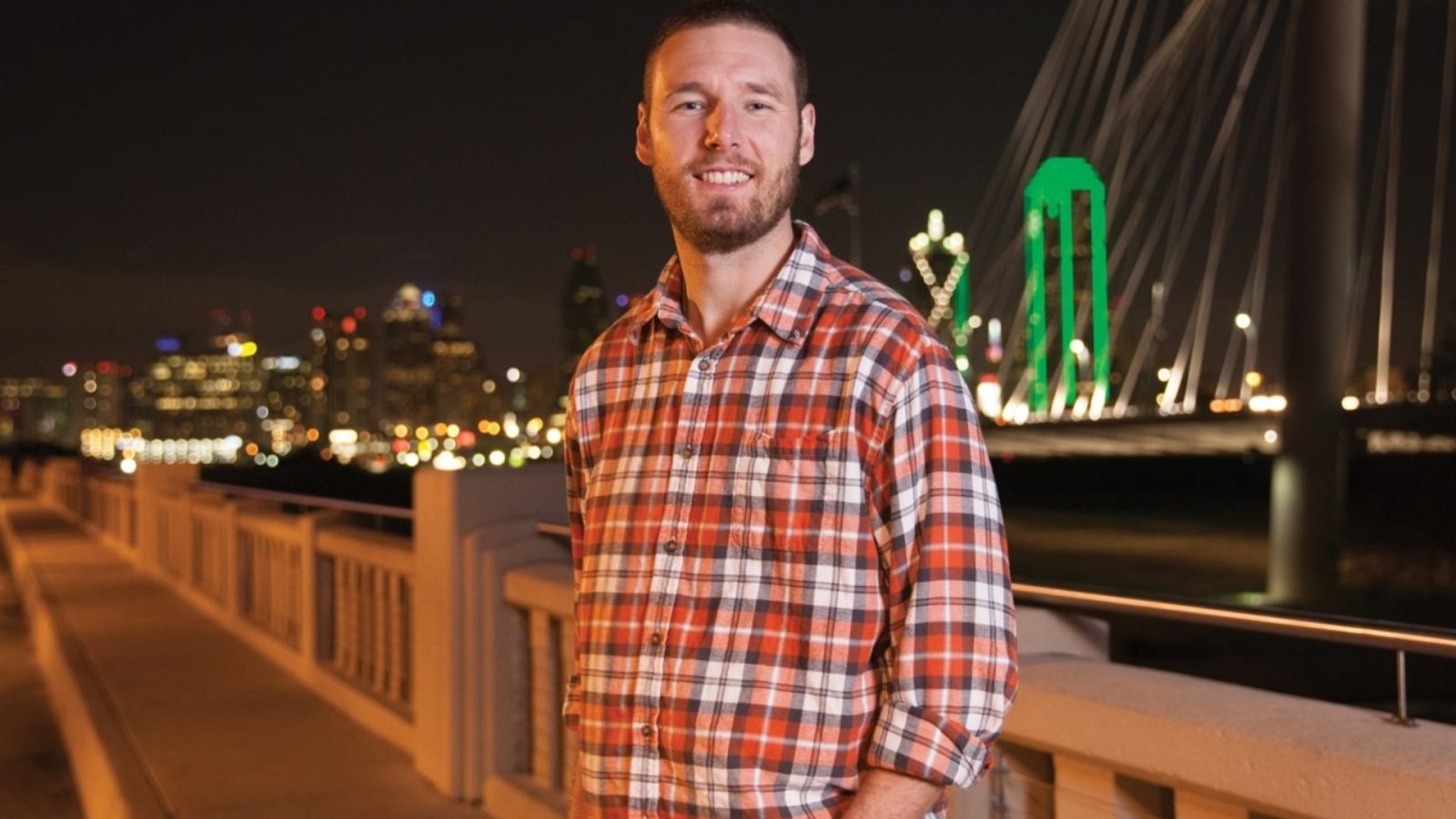 “I spent 10 years reaching for everything this world could offer – alcohol, drugs, partying and promiscuity. Once the buzz was gone, all those things left me wanting. When I trusted Christ…the void in my life was finally filled.” – Dean Ray

“On a scale of one to 10 how certain are you that when you die you’ll spend eternity in heaven? It’s amazing that now I’m the one asking that question to people in my life because for so long I had no idea,” said Dean Ray. “I knew God as the creator of heaven and earth, but I did not know much else about Him. I did not understand the free gift of grace available to me through Christ, or the depth of His sacrifice when He died on the cross. I thought of God as a genie in a bottle. If I needed His help, I’d ask.

“I looked everywhere but in Christ to fill the huge void in my life. In high school, I looked for fulfillment in playing soccer. Later I tried drinking, drugs and chasing girls. By college, the emptiness was so bad, I tried anything to numb the pain – promiscuity, looking at porn and accelerating my use of drugs and alcohol. “I lived for the party and had no desire to get sober. I’d been hurt by broken relationships and felt like I could not trust anyone. So every year, my partying and drug use escalated in an effort to escape the past.

“The year after I graduated, my hangovers were so bad I felt like I was dying. I was diagnosed with hypoglycemia, which meant I had to stop drinking. I fell into a deep depression because alcohol was my means of escape. What I see now is that this was the first step in God making me face reality.

“It became obvious that the people I was hanging around with were just drinking buddies and not real friends. Those surface-level relationships went away when I slowed down my drinking. Again, I was torn up inside.

“I found out about Watermark and decided to come here to the Porch on a Tuesday night. I’ll never forget it. One of the speakers spoke openly about his struggle with pornog- raphy. That was my story, too, and I was surprised by how honest he was. But I was so uncomfortable I swore I’d never come back.

“Eventually I did return, making my way to re:generation, a biblical recovery ministry at Watermark. I met many other guys there who were as messed up as I was. I also learned Romans 7:18 and that nothing good dwells in me apart from Christ. I tried to white-knuckle my way through life and continued to fail. Even if I had the desire to do what was right, I did not have the ability to carry it out.

“That’s when I began to understand that what I needed was a relationship with Christ. I spent 10 years reaching for everything this world could offer – alcohol, drugs, partying and promiscuity. Once the buzz was gone, all those things left me wanting. When I trusted Christ and began living my life to honor Him, the void in my life was finally filled.

“As I continued on with recovery at Watermark, I couldn’t always see how I was changing. But I saw the Lord transforming the hearts of the other men around me. They saw some of those same changes in me as well.

“One thing that changed right away was how I spent my time. I got deeply involved at Watermark and started delivering food door-to-door at Brother Bill’s, one of our ministry partners in West Dallas. I also met some guys and got involved in a community group.

“Community was going great, but when our group decided to participate in Watermark’s Unashamed Weekend, I was concerned. During Unashamed, people spread out in different neighborhoods in Dallas, serving others and sharing the hope of Christ. I was nervous about sharing the gospel. But through Unashamed, God gave me the opportunity to get out of my comfortable life and share the greatest love story ever told to people in my own city. Doing that made a huge impact on me. The most rewarding thing was watching ordinary people just like me accomplishing extraordinary things through God’s power.

“When I talk to guys just like I once was, I tell them that serving God is so much better than any buzz I ever found. I would not have believed it if you told me that 10 years ago, but serving others has been so much more fulfilling than serving myself. I wouldn’t trade the life I have now in Christ for anything. I’m amazed that God rescued me from the deep, dark pits and completely changed my life. If He can do it for me, the Lord can definitely do it for you, too.”