When I was Completely Helpless 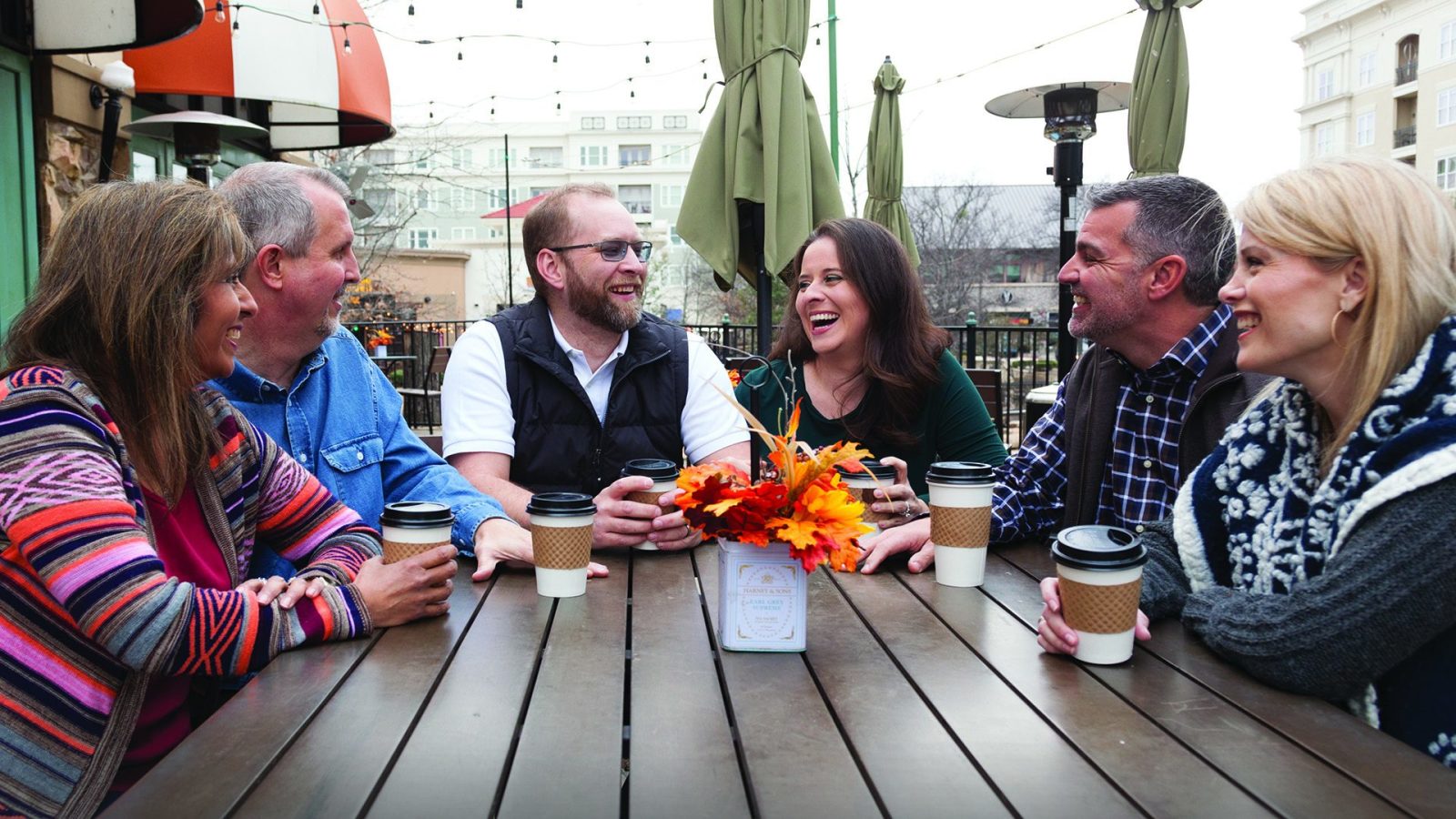 Julie and Gary West knew they could not put the pieces back together on their own. After years of struggle and conflict, their marriage reached an impasse. “We were two broken people, trying to keep things together,” said Julie. “Gary was dealing with his longstanding struggle with anger and alcohol. I was very critical of him and not living out the faith I had in the Lord. But it was the pain in our marriage that prompted us to cry out to the Lord.”

Eight years later, the Wests became part of Watermark’s Plano Campus and began looking for a community group. They were a little hesitant about being transparent with people they’d just met. Would they be accepting? Would the people in their community group get along? “Community groups talk about personal things like marriage and finances. I was worried about being judged,” said Gary. “Some people were better off than we were, and I was too proud, at times, to be authentic.” Despite his fears, the new community group was a great fit, and the momentum continued to build as the weeks went by. But it was in a moment of crisis just four weeks after the group launched that united the members to serve as the hands and feet of Christ.

Last June, Gary fell and got a bad concussion that landed him in the hospital. In the emergency room, Julie noticed that Gary’s injuries were more serious than a simple bump on the head. Gary had incurred several concussions and other head injuries, which made him more susceptible to complications in the future. Gary was only able to retain about 24 hours of memory at the time. After being hospitalized for two days, he was released to go home. Dizzy and unbalanced, Gary slept most of the day.

One evening, Gary was feeling disoriented and fell again, hitting his head in the same spot he’d injured it years ago in a car accident. After returning to the emergency room, he experienced seizures and the doctors were wrestling with a lot of unknowns. “I did not know anything about amnesia until my husband experienced it,” said Julie. “Every day, we would relive the same conversations, as his memory would reset again and again. It was very scary.”

Their community group, friends from re|engage, and many others dropped everything and took care of the West’s children, the cooking, and other tasks while Gary spent the next 10 days in the hospital. When he returned home, Gary needed constant monitoring, which meant Julie was unable to leave the house. Their friends continued to serve the family, doing the grocery shopping, and ferrying the children to the various activities. As Gary was out of work, their friends have continued to meet their needs in practical ways, as well as providing prayer and emotional support to the family.

“This is not a story about what has been done for us, even though it’s quite a lot,” said Gary. “Ours is a story about community – about people who don’t just listen to the Word of God, they live it out. People from this church have come out of the woodwork to show us the compassion of Christ. I don’t know anywhere else this kind of thing would have taken place.” Today, Gary’s memory has improved so much that he is ready to work again. Were it not for this injury, Gary says he might never have known how to actively trust in God’s character and His promise to sustain His people. “Matthew 6:16 talks about God’s provision for the birds of the air, but depending on God was not something I learned growing up,” said Gary.

“I learned about the Lord’s provision after receiving help from other believers when I was completely helpless. God worked through our church and showed us His love. It’s hard sometimes to be on the receiving end of generosity, but I honestly have never felt so much of God’s grace, mercy, and love in my entire life.”

“We have been so humbled and grateful for all the people at Watermark who have loved us during this journey,” said Julie. “The church, which is made up of all of us as believers, touched our lives in ways people may never know. God showed up in ways we could not have imagined, and now we pray that we can serve and be part of someone else’s story. God is good!”

Julie says God has changed both of their hearts for the better, because of their marriage and health struggles. “We appreciate the moments we have together so much more, because I’ve had to imagine what it would be like if he was gone,” said Julie. “God’s faithfulness through our struggles has allowed me to appreciate what we have every day. There’s no time for grumbling or complaining. Because of God’s grace, we are grateful and look for what we are thankful for every single moment.”