WHAT YOU SEE IS WHAT YOU GET 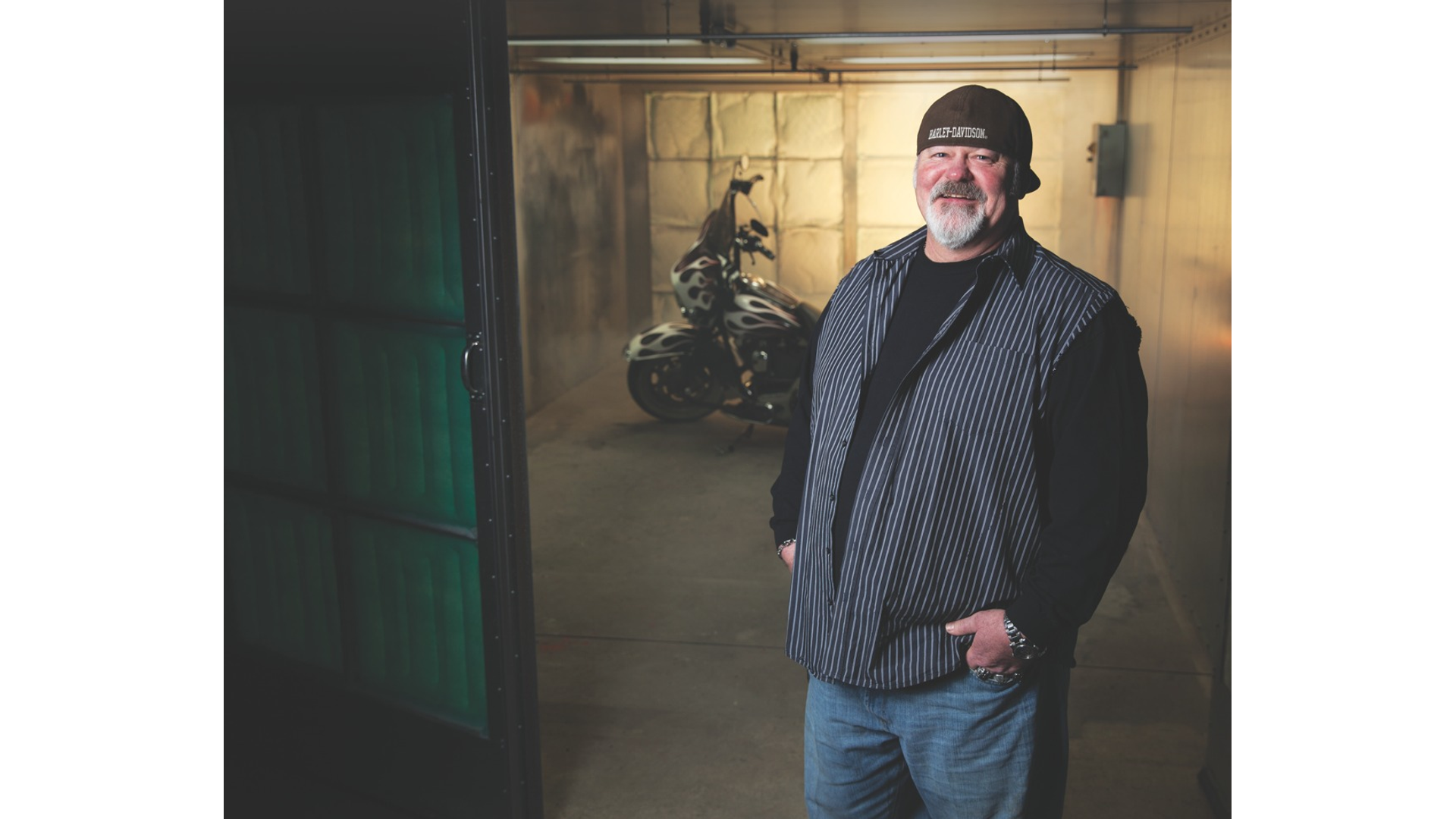 “My anger and addiction had reached a level where it was dangerous for everyone around me. Because of my size and my destructive nature, it is only by God’s grace that I did not lose everyone who was precious to me.” – Riley Penna, Sr.

If Riley Penna, Sr.’s massive frame and skull rings didn’t intimidate you, the holes punched in walls throughout his home definitely would. “I could be mean and angry, and I took a lot of pride in calling the shots,” said Riley, Sr. “I was once like the demoniac man that Jesus cared for in chapter five of Mark. My fits of rage controlled and terrified those around me, especially my daughter, Laura, my son, Riley II, and my wife, Leah. I might have succeeded in being the boss, but I was an anxious and depressed father and a big bully.”

The seeds of anger and resentment were planted early in Riley’s life. The son of a church-planting pastor, Riley trusted Christ when he was young. But Riley says he also experienced the ugly side of life in his small-town church. “It seemed like I never measured up to the people there,” said Riley. “I felt like I had to perform to earn God’s love. I had a wrong view of the free gift of God’s grace.”

After he married Leah, Riley tried to fit the mold of the others around him, but it never suited him. Frustrated by what he saw as conformity and legalism, Riley walked away from the church, taking his wife and two children with him. “I ran from God in pursuit of possessions, success and other things I thought would make me happy,” said Riley. “I believed the lie that disobedience to God wasn’t a big deal, and following Christ would just limit my freedom. I started living ‘Riley’s way,’ and that was the beginning of very dark times.”

Right or wrong, the biker lifestyle seemed more authentic to Riley. So he got a Harley and later started a custom bike business. “I really liked the ‘what you see is what you get’ lifestyle of a biker,” said Riley. “But what people saw in me wasn’t always good.”

Riley plunged headfirst into whatever would make him happy – motorcycles, bodybuilding, alcohol and the accumulation of possessions. “At the beginning those things were like pets that gave me temporary pleasure. Later those ‘pets’ grew larger and harder to feed. Eventually they became so demanding they almost devoured me, and I didn’t want them anymore.”

Anger, anxiety, alcoholism and depression were Riley’s coping mechanisms as life spiraled out of control. Drunken rages left Leah and the children terrorized. Poor financial decisions only increased the pressure, leading Riley to self-medicate at an accelerated pace. No longer able to contain his rage, Riley was ashamed of the man he had become.

Leah made plans to check Riley into some kind of treatment facility to keep him from harming himself or others. “My anger and addiction had reached a level where it was dangerous for everyone around me. Because of my size and my destructive nature, it is only by God’s grace that I did not lose everyone who was precious to me.” 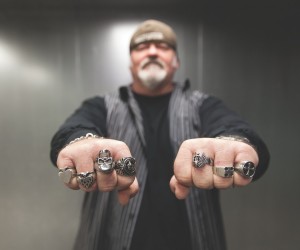 It’s ironic that God used Riley’s daughter, Laura, the one who had born much of the brunt of Riley’s rage, to soften his heart. Laura and her brother started going to Watermark, getting into community and learning more about God’s Word. “Laura was becoming spiritually mature at the same time that I could not dig myself out of depression. Because of our kids, my wife started memorizing Scripture with Laura and going to Bible studies at Watermark.”

It was the changes God made in his wife and children that drew Riley back to the Lord and to healing at re:generation, Watermark’s biblical recovery ministry. “I thought I was going through biblical recovery because of alcohol addiction and anger,” said Riley. “Really my problem was seeking my identity in living ‘Riley’s way.’ Healing began when I learned to follow Christ rather than viewing Him as a ‘get out of hell free’ card.”

It wasn’t until his mid-40s that the Bible became a source of life for Riley. “I had it all wrong. I used to think that I’d messed my life up so badly that I’d have to die for things to ever be right for me. Now I see that God’s free gift of grace was always there for me. Because Christ died for me when I was still a sinner, my eternal joy can start now. The Lord is able to help me to live in a way that honors Him right now. Apart from Christ, I am a failure. Because of His grace, I’ve become a better husband and dad.”

Riley says that the rings he once used to intimidate others he now uses to share the gospel. “People ask me about the rings. I tell them that I used to use the rings to hit things, and now I use them to hit people with the Word of God. Each ring represents a different part of the gospel, starting with my skull ring representing Romans 6:23, ending with my cross ring representing John 5:24. The rings produce an easy opportunity to share my story. It’s the Easter Story in a nutshell – how through Christ, God bridges the gap between Himself and man’s sinful condition and offers us grace and forgiveness.”