What I’d Never Do 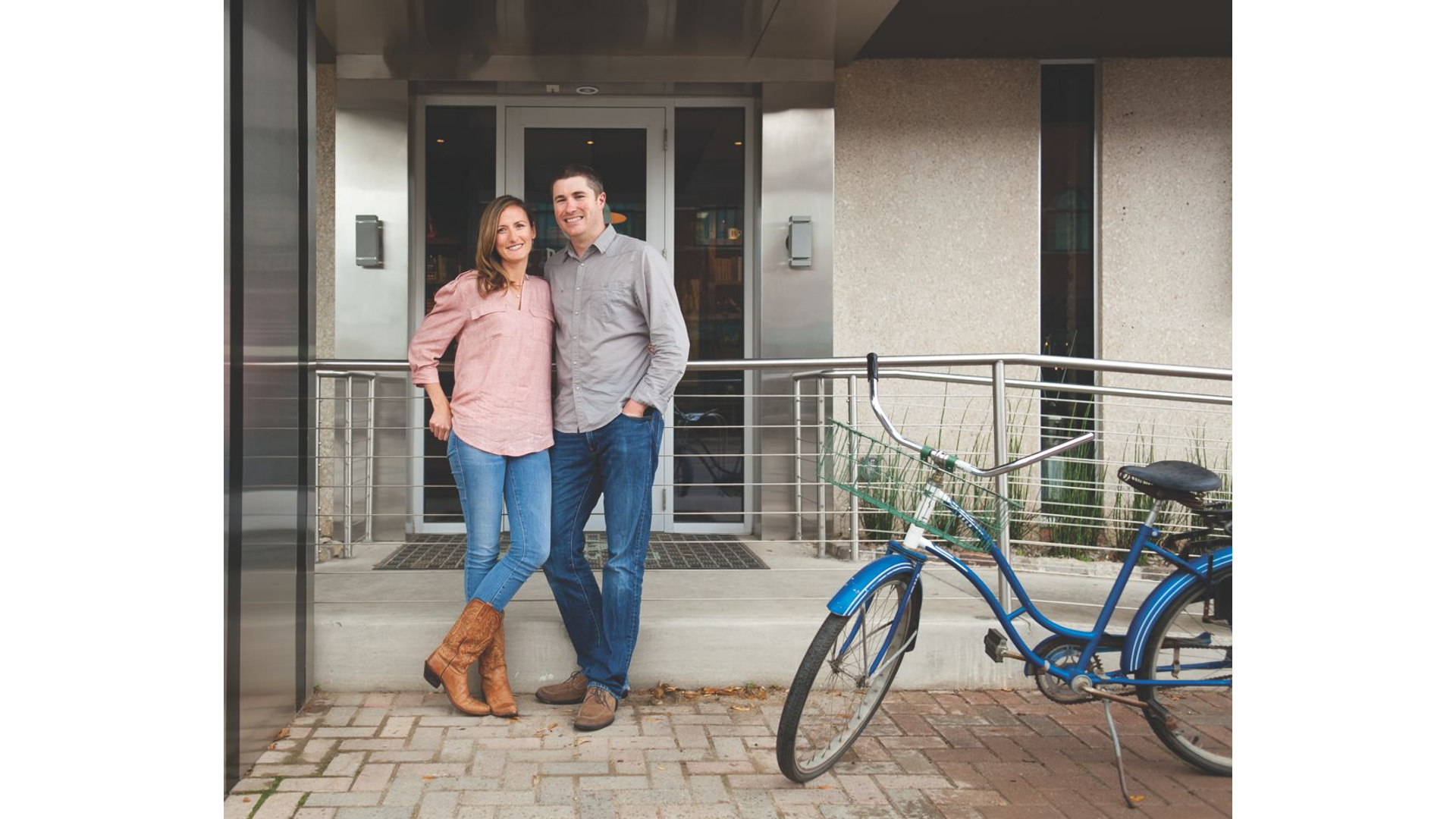 There are three things Josh Dickinson said he’d never do: live in Texas, wear cowboy boots, and go to medical school. “But the last 10 years have taught me and my wife, Laura, that my plans are not God’s plans,” said Josh.

Questions about God’s plan for their lives had Josh and Laura at odds with each other for a while. “We went through a time of wallowing in indecision about what I was going to do in my career,” said Josh. “I was not enjoying my job as an engineer, but didn’t know what else to do. For years people told me I should consider becoming a doctor like my father. But I said I’d never do that.”

Discontent and confused, Josh wrestled with what was next for his career. But the answers did not come easily. “We hit a brick wall and didn’t know where to go,” said Laura. “The stress really impacted our marriage.”

Josh and Laura agree that God used other believers as much as anything else to guide them through that season. “We enjoyed the benefit of having built authentic community with other couples at Watermark before the hard times hit,” said Laura.

The couple moved to Dallas more than 10 years ago when Josh enrolled in seminary. Many of their long-term friendships were built in their first Watermark community group with other newlywed couples.

“At first, the community group conversation was really at the surface level,” said Laura. “But the relationships grew, and we started talking about areas in our lives where we needed to be challenged. Our friends encourage us as we walk with Christ, and they love us both enough to tell us the truth. God used them to redirect us.”

Their community group played a significant role as Josh was looking at different career opportunities. He began making plans to start a home remodeling business. He worked on a business plan and asked for input from their community of friends. The answer Josh received was not the one he hoped for.

“A friend who I respect really cautioned me against getting into the remodeling business,” said Josh. “Little did I know it was a bad time to get into that business. It was hard news to hear, but I listened.”

Then the conversation turned to what other options Josh was considering. “Friends have always said I ought to think about getting into the field of medicine,” said Josh. “And that conversation was no different. My skill set lines up with being a physician, but I didn’t look forward to spending another 10 years in school. But friends encouraged me to talk to other believers in the field of medicine to get their insight. Every single person said that although it would be difficult, I should consider becoming a physician. Today, I’m in medical school.”

Even though it’s challenging to raise four kids while Josh is in medical school, Laura says they have never been happier. “It’s tough sometimes, but it’s so good because we are united. God has given both of us direction and purpose, and we feel excited about where the Lord is taking our family.”

Last year, the Dickinsons moved from Dallas to Ft. Worth for medical school. They hoped to find a similar community of friends in their new neighborhood. “We just craved the authenticity we’d found in other couples in Dallas, and are so glad we’ve found that here at Watermark Fort Worth,” said Laura. “It’s been great to meet people who want to make Jesus known in whatever they’re doing in life.”

Being on the core team of people helping launch Watermark’s Fort Worth campus has given Josh and Laura an opportunity to lead others and serve together. The relationships Josh has built with other believers have helped him keep his priorities straight during a very busy season of life.

“Community and daily time in God’s Word have helped me find my value in the Lord, rather than seeking it in my own performance, said Josh. “I have to say ‘no’ to many things my peers in med school can say ‘yes’ to because my primary job is to be a great husband and father. There’s a lot of pressure to perform in medical school, and that can be really hard on our marriage. I have to consistently pray that God would help me keep my priorities straight.

“Our heart’s desire is that our lives would be used for more than just medicine,” said Josh. “These last several years have been hard and humbling, but it’s been worth it. What I’m doing today is all part of God’s plan, and He is using us.”

The post What I’d Never Do appeared first on Watermark Community Church Blog.