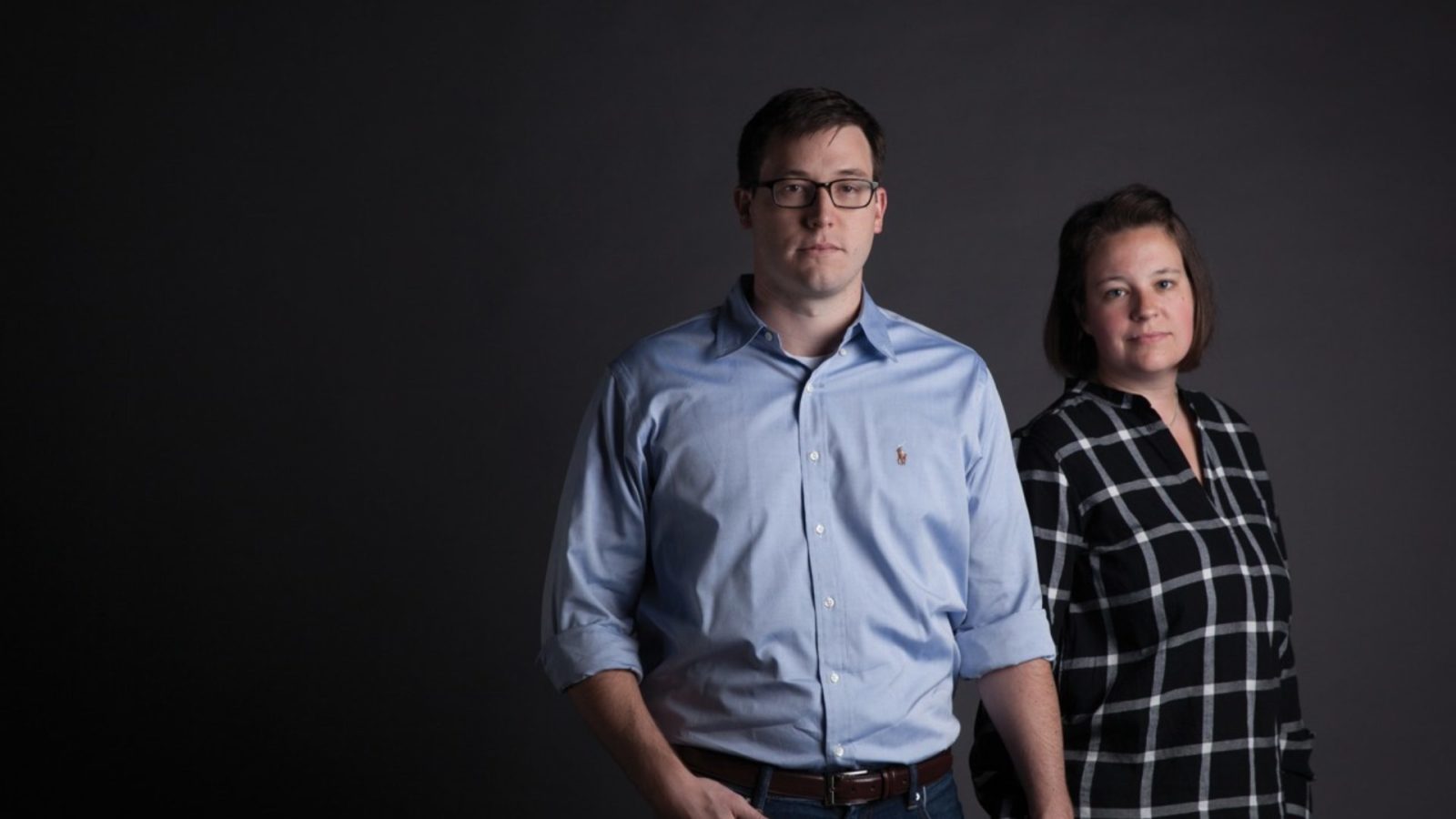 “I couldn’t anticipate any of the trials we’ve been through, but because of Christ, we were prepared.” – Brett Billman

“People say that nothing can prepare you for tragedy,” said Brett Billman. “But I can tell you after the most difficult 12 months of my life, that is not true. I couldn’t anticipate any of the trials we’ve been through, but because of Christ, we were prepared.

“My wife, Chrisey, and I went to elementary school together here in Dallas. I left chocolates in her locker one Valentine’s Day, but she doesn’t really remember it. I was the forgettable nerd in the corner solving math problems in my free time. But in high school, I intentionally pursued her. Our relationship continued through college at Baylor and until today.

“When we said, ‘in sickness and in health’ at our wedding, we had no idea what was in store. I was diagnosed with diabetes in high school, and a week before we married in 2010 Chrisey was diagnosed with Crohn’s disease. When we decided to start a family, health issues continued to affect us. Our first pregnancy ended in miscarriage. Chrisey was very sick throughout her pregnancy with our daughter, Landry, in 2013. So when she became pregnant with our second child and the nausea returned, we didn’t think much about it.

“As the vomiting and dizziness worsened we knew something was wrong. Chrisey had double vision so when we’d go out for a walk, she would fall down. We went to several doctors for everything from vertigo to dehydration. Chrisey and I remained convinced the root cause wasn’t going to be a big deal.

“The first time I saw the words ‘brain tumor’ I thought it was the worst autocorrect I’d ever read in a text. But at 34 weeks pregnant, Chrisey had a tumor the size of a tennis ball on her right cerebellum. We had two choices: the tumor could stay in and she would die or she could have surgery. There was really no other option.

“All we could do then was to depend on God’s Word. We took comfort in the fact that God causes everything to work together for our good (Romans 8:28). Our friends and family rallied behind us and prayed. “We were relieved when we met with Dr. Barnett, a neurosurgeon who also goes to Watermark. He walked us through how the tumor would be removed. The goal was to deliver the baby at 39 weeks, and after Chrisey recovered, she would have brain surgery.

“Chrisey’s health rapidly declined from there, and soon we were right back in the hospital waiting for an emergency C Section. Our son, Colson, was born on April 14, 2015 – five weeks early, but healthy nonetheless. That wasn’t the case for Chrisey. She was in and out of consciousness after Colson arrived, and we never left the hospital.

“The scariest moment for me came when Chrisey passed out in my arms the Sunday before she was scheduled for surgery. The pressure on her brain was at a critical level, and she was rushed quickly into emergency surgery. Waiting outside the operating room, I knew I could possibly leave the hospital a single dad, my wife could end up brain dead, or we could walk out of the hospital together. I didn’t know what was going to happen in 10 minutes, 10 hours or 10 years from then.

“It’s clear that God prepared me for whatever would come. I recited Scripture to myself and friends sent us verses by email and text as our family and close friends surrounded us. When the lies of our enemy came, God graciously reminded me that those words were not His. I’d spent time in God’s Word throughout my life, and that is what made me ready for such a difficult moment.

“The surgery was a success, and 100 percent of the tumor was removed. But we were not out of the woods yet. There were more surgeries to remove an infection and to drain fluid that continued to put pressure on her brain. Four months after Chrisey was given the ‘all clear’ notice from her doctor, I went into renal failure and was hospitalized for what ended up being a severe infection. We’re both doing well now, and that is not something we take for granted.

“From the first time we went through the doors, Chrisey and I both looked at the hospital as our mission field. It’s been our goal to share the gospel with every nurse, attendant or any one else we’ve come in contact with. While waiting for my wife to get out of surgery, a nurse said that she thought we were strong people to be able to endure such suffering. I told her it was only because our hope is in Christ that we were able to have hope in such a dark situation.

“On the worst night of my life, when Chrisey was fighting for her life, I sent out a tweet that said, ‘If you wait until trials come to decide who to trust, it won’t go well with you.’ I’m still convinced that is true. When things were dark, God was there. When the person I love the most in the world was sitting there completely helpless, I was able to have peace in that moment. I’m a logical guy, so peace at a time like that makes no sense. But it happened because of God’s Word, His Spirit and His people.

“In spite of everything, I can tell you that God is good. If I’d lost the love of my life, it would have been extraordinarily hard, but the fact would remain that God is good. Even when everything seemed out of control, God was in control. His mercy and goodness never changed. I continue to rest in that truth. My hope is that others will, too.”