WE FELL IN LOVE WITH THIS COMMUNITY 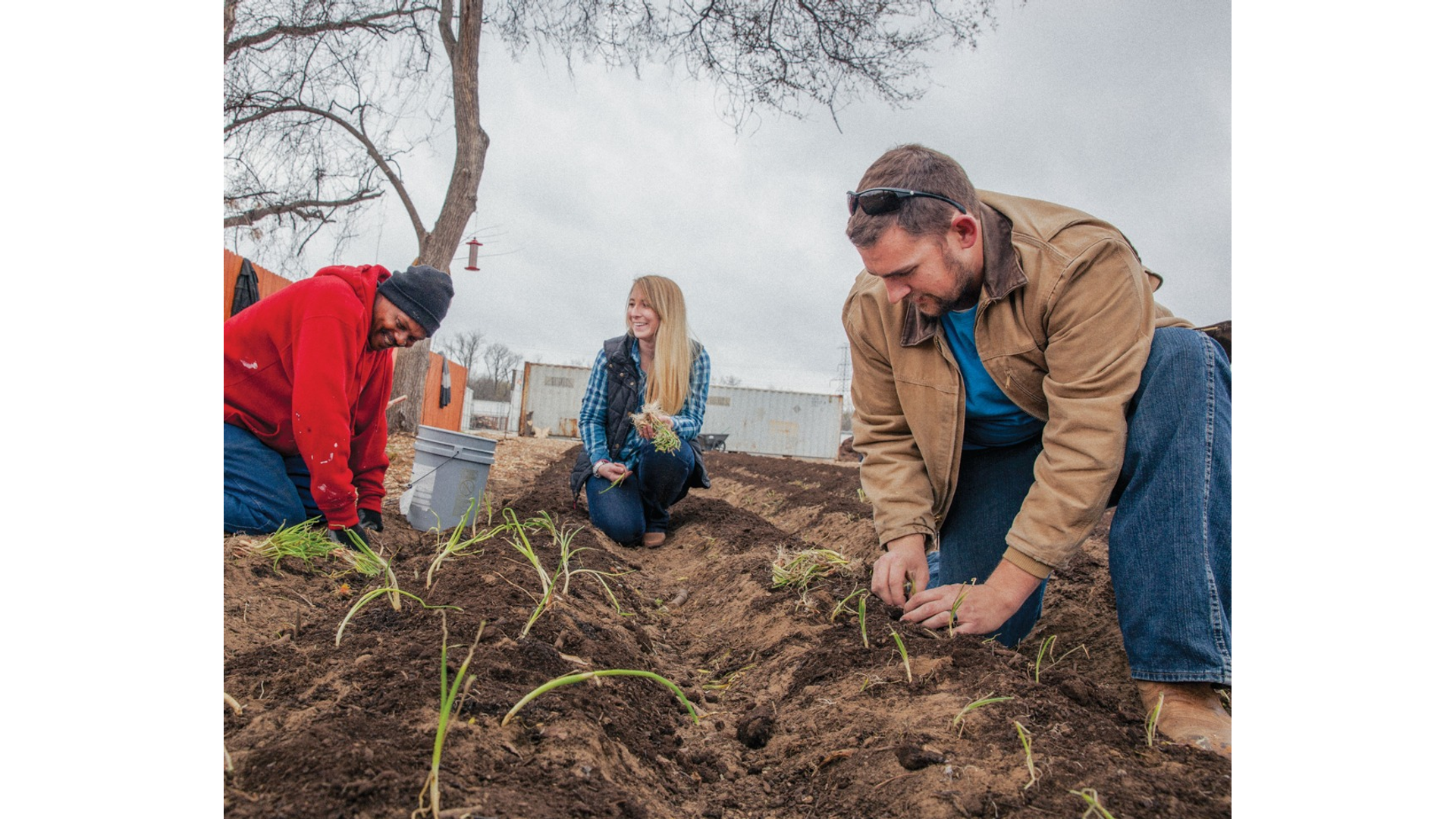 “As Stefi and I worked on projects in the neighborhood, we fell in love with this community and with serving as the hands and feet of Christ right here close to home.” – Taylor Massey

At first, the Bonton neighborhood of South Dallas seemed to be an unlikely place to build a relationship and find a wonderful community of friends. But that’s exactly what happened as Taylor and Stefi Massey worked on construction projects and other jobs with 2ndSaturday, a ministry linking volunteers with elderly and disabled neighbors who need help with their homes.

“At one time, Bonton was characterized as a neighborhood where prostitutes and drug dealers roamed the streets, and abandoned homes were havens for crime,” said Taylor. “But that is not what I think of, though, when I hear the word ‘Bonton.’ Many people here live below the poverty level and have homes in real need of repair. As Stefi and I worked on projects in the neighborhood, we fell in love with this community and with serving as the hands and feet of Christ right here close to home.”

THE REAL HEART OF OUR MARRIAGE

Taylor calls serving others and living in community with other believers, “the real heart of our marriage.” The two met at Southern Methodist University and got to know each other better as students in the engineering school. Their relationship became stronger after they started attending One28, Watermark’s college ministry. The One28 team connected Taylor and Stefi with service projects at 2ndSaturday, and they liked serving in West Dallas so much it became a regular part of their lives.

Their commitment to serving and building community with other believers was an even bigger help when they decided to move toward marriage. “When we got engaged, we went to Merge, Watermark’s premarriage ministry,” said Stefi. “Our mentor couples showed us how to build a healthy marriage. They also encouraged us to serve together after we married, so our work in West Dallas with 2ndSaturday continued.”

After the wedding, life got busier for the Masseys. Stefi was building a career in civil engineering. Taylor was spending 12 hours a week commuting to his job at an aerospace engineering company in Greenville, Texas. It worked for a while, but eventually Taylor grew tired of having such little time to spend with his wife and serve others. “When I first brought up the idea of quitting my job, it seemed crazy,” said Taylor. “But when we talked about our finances and our marriage with our community group, the idea made a lot of sense.”

“Believe it or not, quitting my job improved our quality of life,” said Taylor. “We were able to spend time together as a couple and invest time with our friends and family. It also freed me up to do more ministry. It was rewarding for both of us when we started to see tangible results from the time we spent helping people. For example, one of our friends in South Dallas now has a working sewer system and a solid roof because I was able to invest time in raising funds to cover the work and coordinate with the plumbers and roofers to get the job done.”

The counsel Taylor and Stefi received from Merge, their Foundation Group, and other friends from their community actually prepared them for the season they are in now. “We got great biblical wisdom about avoiding debt and being good stewards of God’s resources,” said Stefi. “That guidance made Taylor’s decision to step back from his job so much easier. God changed our perspective on money and possessions, and we don’t have a lot of financial burdens. We’ve never been more dependent on the Lord, and He has provided for us every single month.”

There’s a sense of joy when Taylor and Stefi talk about all the good things that have happened in Bonton over the last few years. Many families are living in safer and better houses since 2ndSaturday and other ministries like H.I.S. Bridgebuilders began their work. But what encourages the Masseys most is the genuine, biblical community they see growing among people in the neighborhood.

“On Wednesdays, neighbors are getting together for a family Bible study, and they are letting their needs be known,” said Taylor. “People in the neighborhood are stepping in and meeting physical needs of others, and there are ministries in place to pour into the kids through sports like basketball and running. A real sense of community has wrapped around the neighborhood, and I have met some of the most amazing people I can think of right here in South Dallas.”

As community grows in South Dallas, Taylor and Stefi’s own community group is getting stronger as well. The group is going through re|engage, Watermark’s marriage ministry, together. Taylor has just started a carpentry and contracting business and has taken part in a Men’s Summit Bible Study with the guys he serves alongside through 2ndSaturday. “It’s clear to us throughout Scripture that God has called us to live in community,” said Taylor. “Ecclesiastes 4:9-10 assures me that the community of friends God has placed in our lives is there to provide us encouragement, admonishment and love.”

From their huge monthly home restoration efforts to social businesses that employ local residents, 2ndSaturday is reaching lives, restoring hope, and redeeming community in West and South Dallas. Volunteers can start with the big event (each second Saturday of the month) and then plug in further. EF Leader: Todd Fields. Contact: serve@2ndSaturday.org.