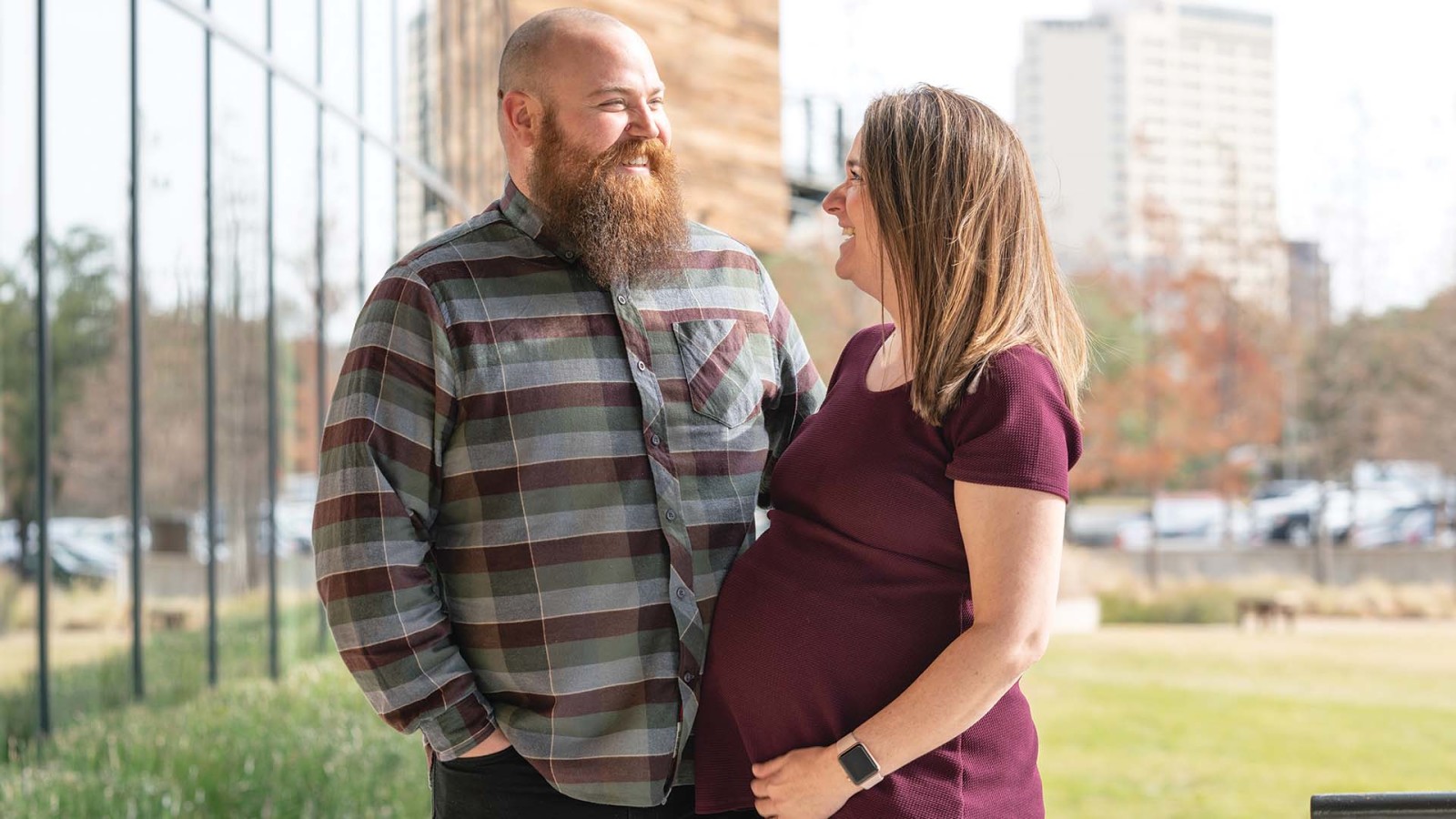 “Inner-city Baltimore is a rough place where homelessness, drug addiction, violence, and death are a regular part of life,” said Alex Hockett. “Although I wasn’t involved with drugs or alcohol, that environment fed my materialism and greed. I attended a high school that required us to wear uniforms to break up gang colors. So, the big status symbol was having the nicest shoes. That’s what sparked a deep-rooted desire for material things. I would tell you that I cared about nothing, but inside I cared a lot about what people thought.

“I knew that Christ had died for me on the cross and trusted Christ at a summer camp in 1998. I got involved with a local church youth group, but I was also drawn in by the streets. Reputation and respect were the currency, and money was a means of gaining those two things.

“After high school, I went to Bible college, because I wanted to learn more about God’s Word. But, I still loved all the world had to offer. I ran with a group of people who were a bad influence on my life. I liked to fight, and if I could not control someone with a threat, I’d just knock them out. While I felt deeply convicted by my sin, it took my mother’s battle with breast cancer for me to come to my senses.

“After the cancer diagnosis, I moved home, and one night when I was out at a club, I got in a fight. Next thing I knew I was in a choke hold with a knife to my throat. Things went blank, and I was fortunate to walk away. I went home and confessed to my parents how I had been living. After all God had done for me, I was making a mockery of His grace and mercy. I was ready to stop living that way.

“My mom beat cancer, and she encouraged me to go finish my college degree. That’s where I met Amber, who I married January 30, 2010. After college, I wanted to be a student pastor, and eventually I got a job at another church in the Dallas area. I was thankful that the Lord had changed so much about my life. But what is clear now is that while I changed my playmates and playground, I never dealt with the hurts and habits that got me to such a bad place years before.

“One of the things I’d never dealt with was my need for man’s approval, which made me a poor leader and led to me accruing about $100,000 in consumer debt. Buying $500 parkas in Boston as a college student, a brand-new MacBook from leftover school loan money, and custom Nikes are just a few examples. It’s not something I talked about with anyone, including my wife. If I had an itch for something new, I didn’t ask for counsel from other believers, I just bought it.

“One of the things I’d never dealt with was my need for man’s approval, which made me a poor leader and eventually led to me accruing about $100,000 in consumer debt. If I had an itch for something new, I didn’t ask for counsel from other believers, I just bought it.” – Alex Hockett

“By 2014, my wife was pregnant, I was transitioning out of my job, and our financial troubles were mounting. We were also getting involved here at Watermark and joining a community group, all while considering bankruptcy and never discussing our financial situation with anyone. We began meeting people at Watermark who spoke about a debt-free life and a biblical perspective on money. That changed everything for us. I had never lived among healthy, abiding believers who were debt free; I didn’t know that was a thing.

“I also started interviewing for jobs at Watermark. But, my friends in leadership here loved me enough to tell me it was not wise to hire me because of my lack of understanding on stewardship. It burned me to think my poor leadership at home was affecting so many aspects of our life.

“One night, Amber sat with me at our dining room table with tears in her eyes and asked me to get educated on our finances. I suggested we go to Watermark’s Moneywise ministry, which was a really great resource for us. It helped me fully engage with Amber on the subject of money. I needed to be a better steward and leader, but also allow Amber’s gifts with budgeting and numbers to flourish as well. The Lord led us to sell one of our cars and make other adjustments. I began to earn extra money through my work as a photographer, and Amber started collecting free items people didn’t want and reselling them. In the first three months, we paid down $15,000.

“Being a faithful steward not only encouraged me at home, but it also encouraged me to be a more faithful minister of the gospel at work. My goal became to leave everyone I met better than I found them. During that season I learned that no matter what chapter of life I was in, it was not about my preferences or comfort. It was about full surrender to God.

“In about three years, we paid down more than half our debt and entirely changed the way we stewarded our resources. We learned to live without some things that the Dallas culture tells us we deserve. God used verses like Luke 16:1-13 and Ecclesiastes 3:1-8 to remind us that ‘for everything, there is a season…a time to keep, and a time to cast away.’

“Looking back, the Lord has helped me see His goodness whether we have a little or a lot. He knows how prone I am to wander, and in my weakness God is at His best. Regardless of whether we are missing a car, or we have a family member with cancer, or we are deeply in debt, God is always good. Having breath, laughter, family, community, and the sweet aroma of Christ is more than enough.”