The World Of Caregiving 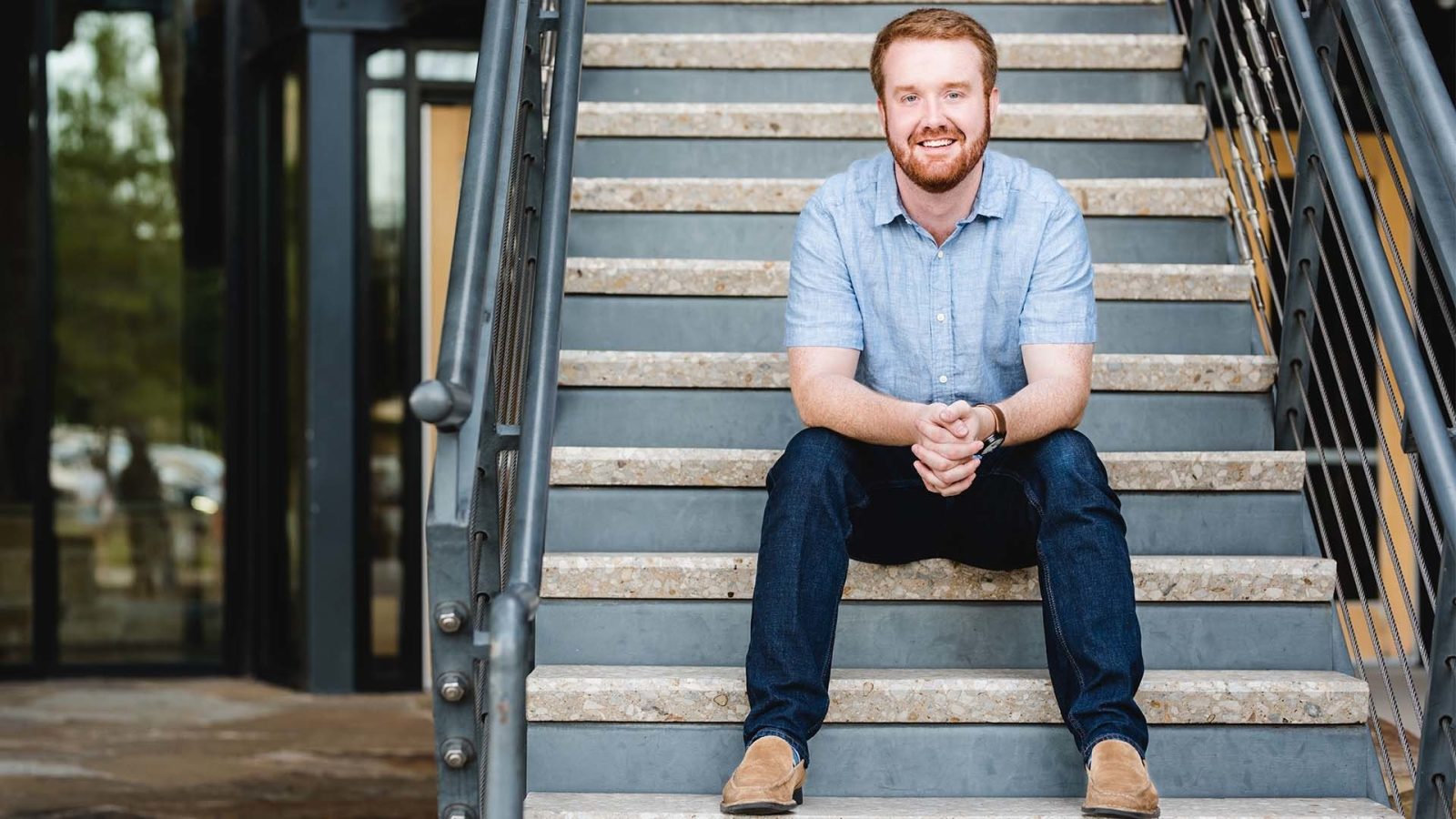 “I thought a man’s job was to handle his own burdens and take care of his responsibilities on his own. That was an ill-informed, prideful perspective which led to greater isolation.” – Evan Wakefield

“At 22 years old, I was thrust into a world I didn’t know how to navigate – the world of caregiving,” said Evan Wakefield. “My mother, one of the most inspiring people I know, suffered a hemorrhagic stroke caused by a mishap during surgery. It took away her ability to walk and speak clearly. I grew up without a father because I was conceived via in vitro fertilization. With no siblings or family nearby, and not knowing how to ask for help from my friends who were nearby, I stepped into the role of caregiver, while still working and finishing my degree. It was a lonely, isolating place to be.

“As I studied engineering at Southern Methodist University, I became lost in the lust of this world. Distracted from the faith of my youth, I began partying and engaging in unhealthy relationships, all the while, studying and working my way through school. Fortunately, God put believers in my life who continued to pursue me as I struggled through the most difficult time in my life.

“When my mother’s stroke happened, I didn’t even realize the severity of the situation. Weeks and months passed by, but there was little progress. After months in the hospital and a skilled nursing facility, my aunt and uncle from Colorado stepped in and my mother moved in with them and they took care of her while I finished my degree. We weren’t sure if she would regain mobility again but continued to pursue rehabilitation.

“When my mom moved back to Dallas after my graduation, she lived at home and needed help as she recovered. I became the primary caregiver again, working fulltime, checking on my mother three to five times a day, and surviving on about three hours of sleep. I continued that pattern for about 18 months. I thought a man’s job was to handle his own burdens and take care of his responsibilities on his own. That was an ill-informed, prideful perspective which led to greater isolation.

“Finally, I was at my wit’s end – exhausted, stressed, and sleep deprived. There were a few friends who were always there for me and ready to share my burdens, despite my stubbornness. One of them wrote me a letter based on the book of Job about faithfulness during suffering. He told me that my suffering was not a punishment, but an opportunity for God to do something good in my life. These friends were constant lights in my life, pointing me to the Lord.

“I also met with Mark Nicholson, a Watermark staff member, and a man named Patrick who had been a caregiver to his father who had Alzheimer’s. Their words connected with my heart and helped me discern God’s truth from the lies of the Enemy. They also helped me create a game plan to find better care for my mother.

“Because I was so stubborn and independent, I did not return to Watermark for another six months. But when I connected with Mark again, he encouraged me to lean on others as I found new places for my mother to be cared for. I also checked out re:generation, Watermark’s biblical recovery ministry. That’s where I learned what it meant to have a real, abiding, obedient relationship with the Lord. I connected with other guys in a community group, and they showed me through their example what following Christ was like. I learned how to ask for help and about the practice of repentance and honesty before the Lord. It was the best experience of my life, and God’s hand was in all of it.

“God also connected me with Refuge, Watermark’s ministry to the chronically ill and caregivers. I met my friend Dan Frazier, and his wife, Deb, who has since passed away. When I was lost in despair, Dan and Deb modeled for me what it was like to take confidence in the fact that God was at work in all situations. It was hard to see that anything good could come out of our family’s hardships. But, I began to rest in the fact that I could trust the Lord, who was at work in the most difficult of circumstances.

“Today God has changed my life in so many ways. I’m married to Hailey, a wonderful wife and a great partner as we care for my mother while she is in assisted living. God has given us a great community of friends and wonderful mentors in our Foundation Group leaders, Jay and Diane Jones. God has also given me a heart for people who are going through or are caring for those with chronic illness. I have experienced the verses in Romans 5:3-5 in one of the most intimate ways possible and can truly say that God’s love fills me with hope. I can honestly say that the Lord has turned the most difficult circumstances in my life into the best, most refining things.

“God, in His sovereignty, has used my mom as an opportunity for me to share His great work in my life. Even on the most exhausting days, I live in the light and have a firm foundation in the Lord. I can show my mom and my family that I love them, and I can tell others where real life can be found – in Christ.