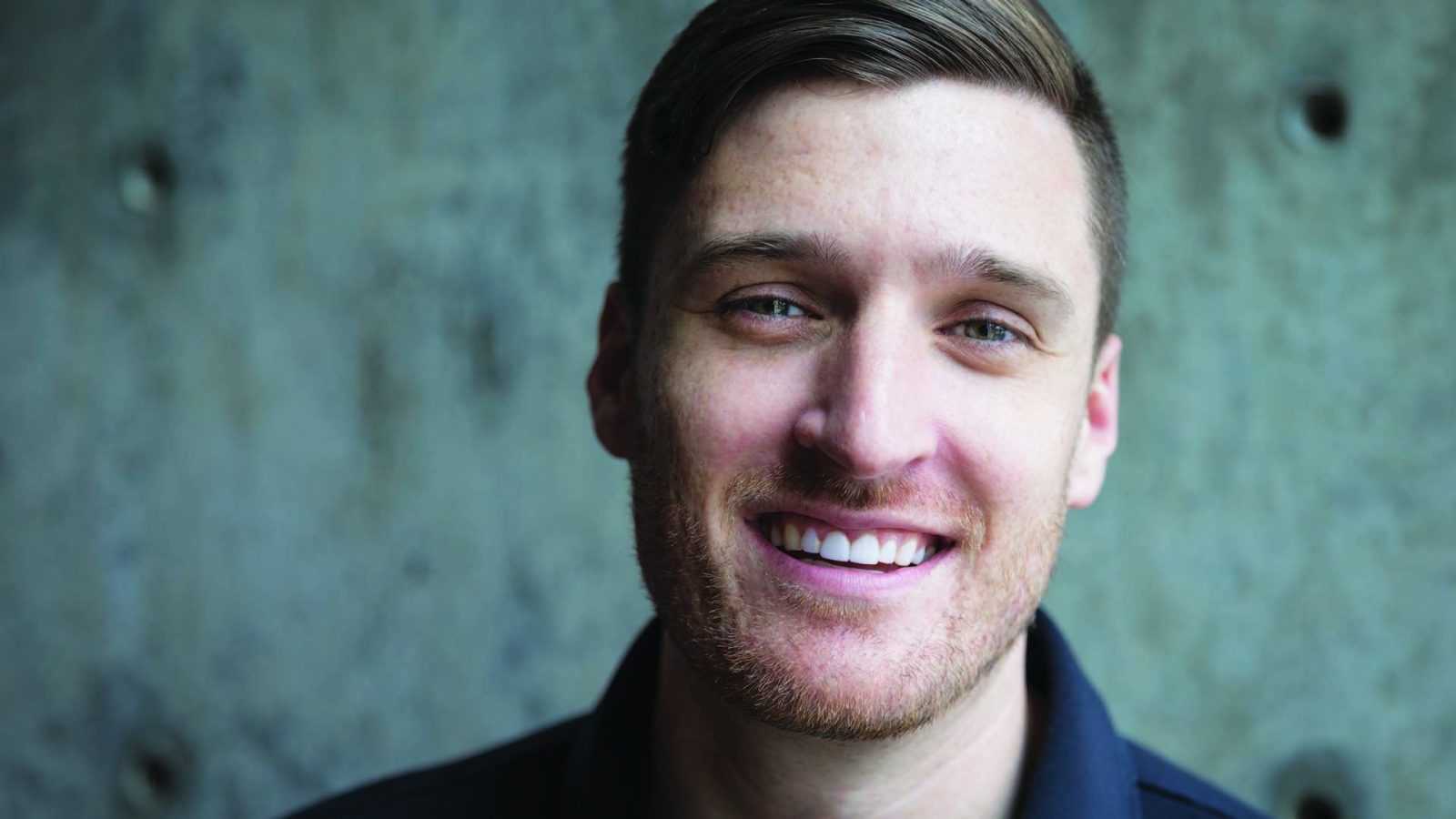 “I lost a lot of respect for others who had made that choice, but continued my relationship with a married woman – something I said I’d never do. When the relationship finally ended, I felt so broken.” – Landon Lambert

“When I came back to church after years of rebellion, I really wasn’t trying to make a permanent change,” said Landon Lambert. “I thought I could balance the scales with God – that if I could do enough good things maybe the Lord would overlook the bad choices I’d made. But how much good was ‘good enough?’ I didn’t really have an answer.

“My parents divorced when I was in middle school, and my dad moved away to Denver. Those years were challenging for all of us. Without a strong father figure at home, I started to drift, staying out late, drinking, cursing, and even stealing from stores. After flunking out of my first year of college, I moved to Denver, so I could get to know my dad.

“My dad ran a Ford dealership, and I went to work for him. My goal was to make six figures and have a plan to sustain that for the course of my life. Life was a race for who can have the most possessions. I spent about three years in that job before becoming weary of the cold weather and moving back to Texas.

“I’d always looked for self-worth in my job and with women, so the darkest phase in my life began after a breakup with a girlfriend. I hooked up with another girl and later found out that she was married. I lost a lot of respect for others who had made that choice, but continued the relationship with the married woman – something I said I’d never do. When the relationship finally ended, I felt so broken I knew I needed to get back to church.

“I signed up for the Equipped Disciple class at Watermark, and on the first day, everyone got a piece of paper with this question: If you were to die tonight, what would you say to God to let you into Heaven? I had no idea, really. I’d read a little of the Bible off and on throughout my life, but I didn’t understand it. I wrote, ‘I guess I’ll find out what to say to God after this class.’

“A guy I worked with, Bryan Robert, was a leader in Equipped Disciple and saw the non-answer I submitted. He asked if we could have lunch so we could talk about it. I didn’t want to meet with a ‘Jesus guy,’ but I went anyway.

“What I hoped would be a short conversation turned into a three-hour discussion about Jesus. I knew He was a character in the Bible, but I didn’t know much beyond that. Bryan told me about Christ’s sacrifice on the cross, and that the Lord’s free gift of grace could never be earned. Eternal life was only available to us through faith in Christ alone. He encouraged me to read the Book of John on my own. Reading about the life of Christ opened my eyes in a way I did not expect.

“I never thought I could be forgiven for the sins I’d committed. But reading the gospels and the book of Romans showed me that Jesus loved me so much that while ‘we were yet sinners, Christ died for us.’ (Romans 5:8) I continued reading God’s Word, and over the course of three or four months, the Lord changed my perspective.

“Three years ago, I finally gave my life to Christ. I am thankful for God’s graciousness toward me, and for all the ways He has changed my life. The Lord aligned my life with His principles – specifically in the area of finances. I’ve always had a drive to make more money, but today my motivation is to steward the resources God gives me for the benefit of His Kingdom. The Lord has also fine-tuned my life at work, allowing me opportunities to share the gospel with people I know from work, and discipling others.

“When I went through re:generation, Watermark’s biblical recovery ministry, it was hard to think about the pain I felt inside about my father. But I moved forward in recovery, and decided to meet with my dad and ask for his forgiveness for hurtful things I’d done in the past. Instead, my father ended up asking for my forgiveness. The way God has worked through this situation has shown me how much I am able to trust in Him. The Lord truly showed me how powerful His love is through the forgiveness of others. “I used to struggle with anxiety, and my sense of security was tied to how much money was in my bank account. My relationship with the Lord changed all that, and now I’m at peace, even in times of trouble. That peace comes from having a foundation in Christ and a God who can be trusted in every circumstance. Whatever I was looking for in the shifting sands of career, money, and relationships has been found in my faith in Christ. I have discovered the ultimate prize in Jesus, and I cannot believe all that He’s done in my life!”