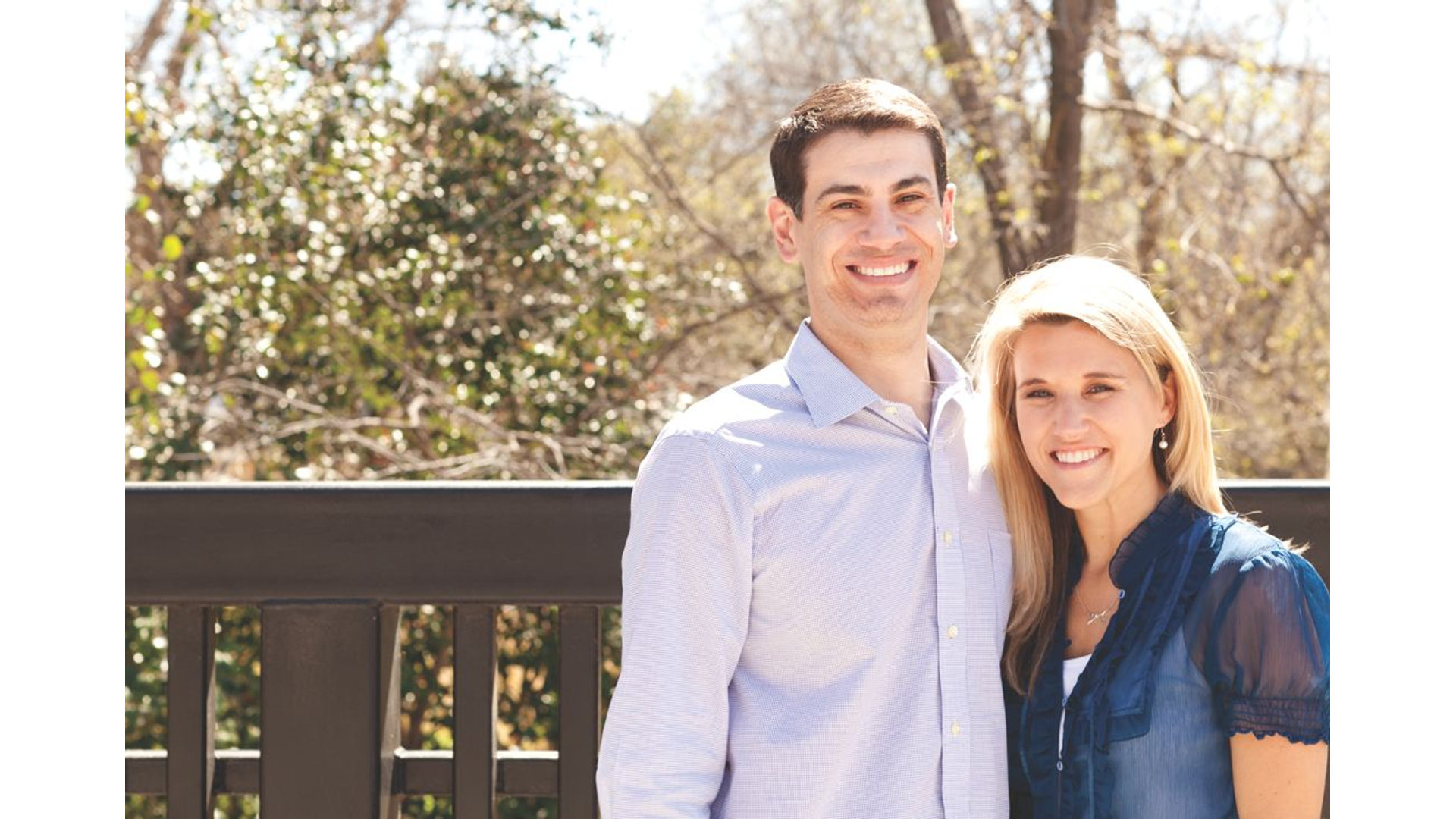 Jeff and Alyssa Briggs started their marriage with “an elephant in the room” that neither one really wanted to discuss. “We walked into our marriage with about $110,000 in student loan debt,” said Jeff. “We figured it would be paid off when we were 50 years old or something. It had never crossed our minds to pay it off sooner.”

But as God brought other believers into their lives who supported and encouraged them, Jeff and Alyssa got a different perspective on the burden of debt and  the responsibility of biblical stewardship. Here’s what they learned.

HOW WERE YOU INTRODUCED TO THE IDEA  OF PAYING OFF THE DEBT EARLY?

Jeff: “After we got married we joined a Foundation Group, which is a Watermark community group for couples married three years or less. Part of the curriculum is about money and stewardship. We were asked to put together  a budget and financial plan. At that point, we had no idea how much we spent or where money went. After writing  a 10% check to church, we viewed the money as ‘ours’  to spend as we wanted. That was the wrong perspective.

“The Moneywise curriculum we went through in our  Foundation Group helped us understand how to steward our money in a way that honored God. We also learned from the example of our leaders, Adam and Jackie Tarnow, who had been in a similar situation with debt. They  had paid off their debt in four years! We learned it was possible to pay ours off early as well.”

Alyssa: “I struggled with comparing myself with others. Moneywise helped me focus on contentment and to look at ‘my’ debt as ‘our’ debt so we could work as a team to  pay it off.”

Jeff: “For me, having a biblical view of debt and stewardship bled into every area of my life. Everything is from God. It’s my job to make sure I steward it well and spend my time, talent and resources wisely. God gave me a desire to maximize everything and to not take anything for granted.”

HOW DID YOU GET STARTED?

Jeff: “At first we really wanted to buy a house. But we made several offers and didn’t get a single one of them. We felt like God was closing the door for us to buy a house but we weren’t sure why. Adam and Jackie had shared how they paid off their student loan debt in  a little over four years. We learned how they did it, put a similar plan in place and got serious about paying off  the debt. I began to understand that God owns this world  and all that is in it. It’s my responsibility to use what  He entrusts me with in a way that honors Him. As we started paying off the debt, things happened at work and other areas of our life that allowed us to put more money toward the debt. We found margin in our budget as  well. I was in disbelief when we actually made the last payment two and a half years later. Without a doubt, God’s hand was involved from the beginning.

HOW DID THINGS CHANGE AFTER THE DEBT  WAS GONE?

Alyssa: “While it was great to have the debt paid off,  I had to check my heart afterward. I immediately wanted to start looking for a house. Then I realized I needed to be content exactly where God had us. I didn’t want  to move forward too quickly and forget God’s faithfulness.”

Jeff: “God completely changed my heart on stewardship, and that change continues. We remain diligent to pray through things we are considering and to make decisions that honor God. Today we serve as leaders in Merge,  a pre-marriage ministry for couples who are engaged or seriously dating. At Merge, we frequently talk to couples who are in a lot of debt and let them know how  to develop a biblical perspective on money. It’s a great opportunity to help others become good stewards  and have a plan for their finances early in marriage.”

WHAT DID YOU LEARN FROM THIS EXPERIENCE?

Alyssa: “I began to look at our debt as a blessing, because it forced us to live on one income. We worked on the  debt with the goal of me eventually staying home when we had children. By God’s faithfulness, I was able to stay  at home when we had our daughter at the end of 2011 and still pay off all the debt. Without the debt, we might have made poor financial decisions that would have made it almost impossible for me to stay at home.”

Jeff: “I learned just how big of a trap debt is and how fleeting the things of this world can be, whether it’s a house or the next car. It’s really an empty way of life. By God’s grace, He has protected us from doing some  really stupid things and put us on the right path. All we had to do was trust in His provision and have the  self-discipline to write the checks. God did the rest.”

* For information on the next session of Moneywise, see https://www.watermark.org/moneywise/