The Heart of Ministry 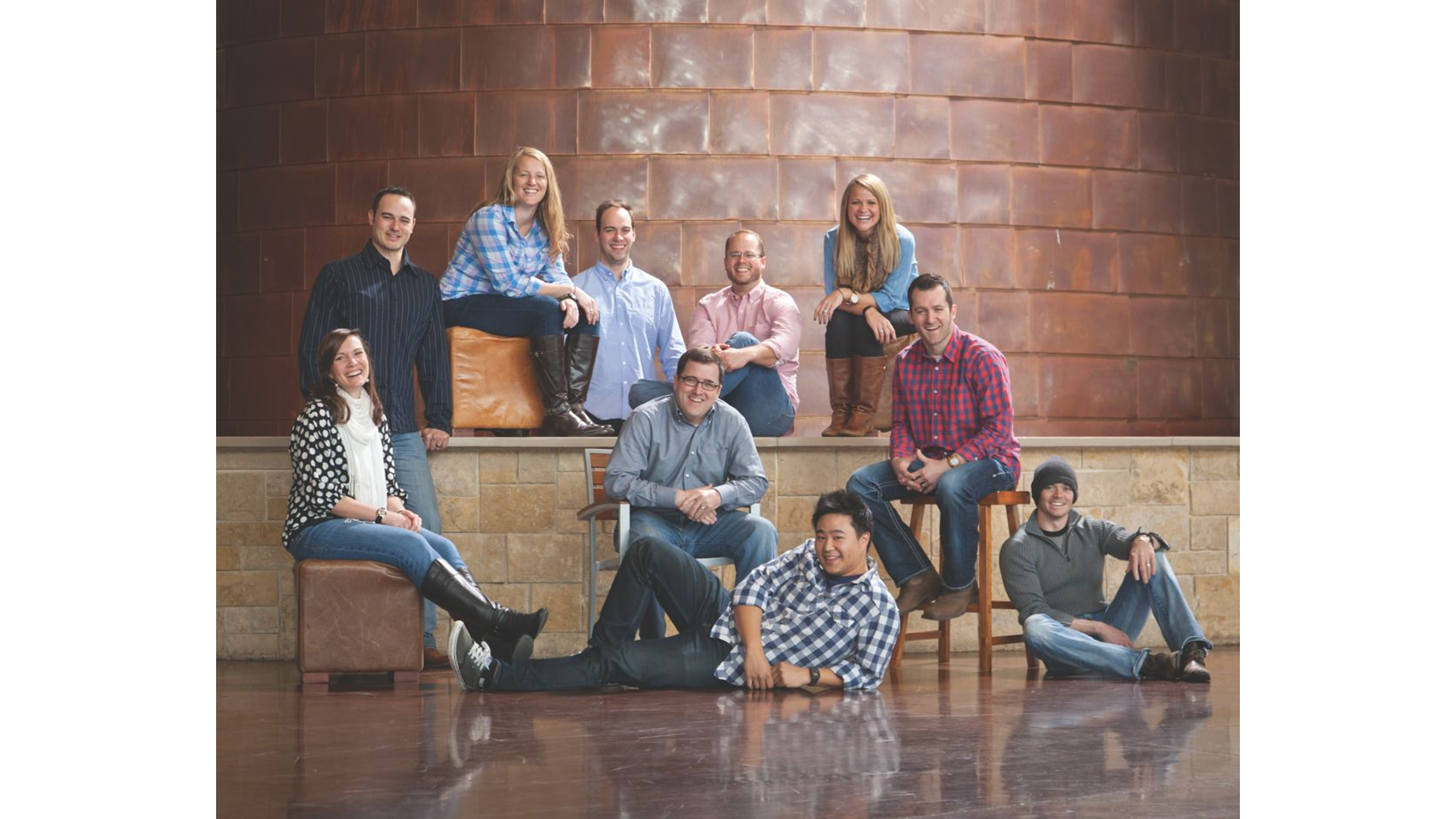 A few years ago, working at a church might be the last place you’d expect to see Tyler Briggs. “I was the general manager of two health clubs in Southeast Texas, and was pretty successful from the world’s perspective,” said Tyler.

“But I was a slave to my job, heading down the road of financial oppression. It had been a long time since I thought about the Lord. I heard someone preach on Hebrews 5 and the life that is found in Christ, and something clicked. My heart was ready to surrender to the plans God had for my life.”

Those plans led Tyler to consider vocational ministry and a move to Dallas to be part of the Watermark Residency Program, which provides biblical training with real life ministry experience for gifted leaders who desire to serve in vocational ministry.

“Ministry is both taught and caught,” said Watermark Equipping Pastor, Blake Holmes. “Our Watermark residents spend one year studying God’s Word, gaining practical ministry experience and being mentored by Watermark leaders. Our hope is that residents move forward to advance God’s Kingdom both here and at other churches and ministries.”

Watermark Resident Drew Fitzgerald moved to Dallas originally for seminary. “I thought that was the key to preparing myself for vocational ministry,” said Drew. “At seminary, I trained my head for ministry, but not necessarily my heart. This year has shown me where my gifts are a fit, and I’ve developed a greater understanding of the heart behind ministry.”

For Case Hubbart, his time as a resident not only represented heart-change, but also a significant turn in his motivation for ministry. “I’ve been a student pastor for almost 10 years, and the last 18 months in that role were very difficult,” said Case. “Much of that was my own fault. I had a struggle with pornography, but never found an environment where I could be fully known. God has actively pursued me since then. I found a lot of healing and hope as a result of being at Watermark in a place where I’m able to confess sin in community with other believers. I’ve experienced healing and have so much hope. My motivation for ministry also is different. Before, I was looking out for what the best thing was for Case. Today, I’m far better equipped to share the love God has for me.”

One of the goals of the program was to offer an in-depth study of the Bible that prepares the residents to confidently answer questions people are asking with Scripture. That commitment to gospel-centered teaching is what drew Jenny Geisbrecht to apply.

“I had considered doing a different discipleship program, but I had real questions about the theology,” said Jenny. “As a resident at Watermark, I have gained a greater understanding of God’s Word, and learned more about abiding with Christ. The Lord has been faithful every step of this process, and I couldn’t be more thankful.”

Each resident at Watermark has an area of focus, from student ministries and young adults to serving children. Nika Spaulding has served on the Equipping team at Watermark and has gained the practical ministry experience she felt she lacked after nearly four years in seminary. “Through serving women at Watermark,” said Nika, “I’ve seen God at work. There are times when we need new leaders, and God seems to provide them just at the right time. It’s been humbling to serve and to have the privilege of getting to see what God does.” Will Bostian said that the work God began as he served for several months in Haiti at a ministry called Mission of Hope, has been expanded during his time as a resident. “When I was in Haiti, God gave me the desire to be someone who lived each day ‘on mission’. God has built on that experience. As a resident, I’ve grown both professionally and personally. I am now better equipped to lead and have learned I’m called by God to step up and initiate in every situation.”

Though he’s made big changes over the last several years, Tyler Briggs says he has no regrets. “It was a big decision to sell my Ford F-150 truck, switch careers, move to Dallas and join the Residency program, but it was definitely the right choice. I’ve learned a lot about abiding with Christ and being faithful to the divine appointments God puts in front of me.”

Are you interested in discovering more about the Watermark Residency program? Get more info here.