Stirring My Affections For God 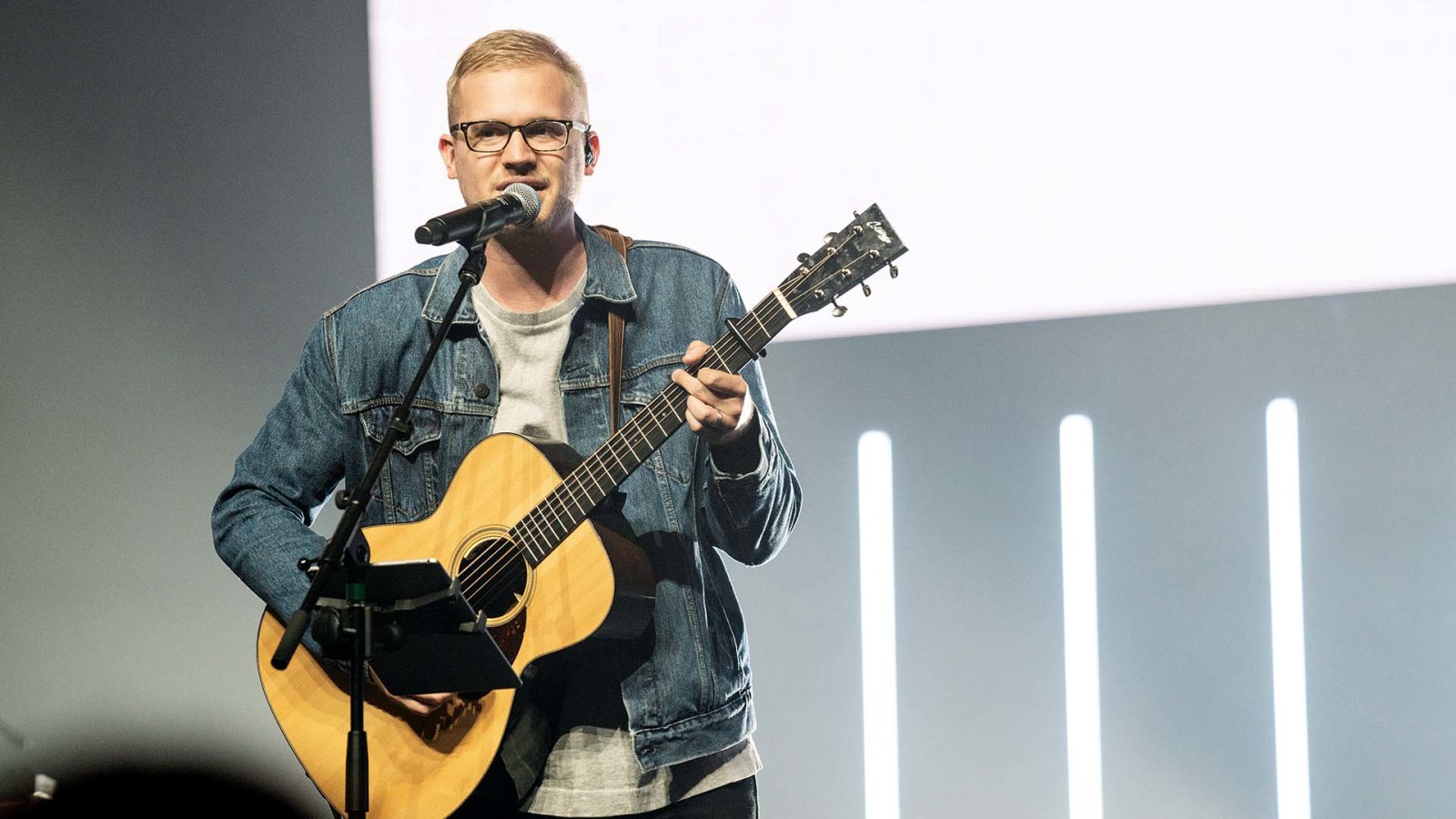 “I was that crazy, unfocused kid who could never sit down,” said Hayden Browning. “I grew up in church and learned about the Lord early in life, but reading the Bible was hard for me because I was so active. The Lord stirred my affections for Him through listening to music. I think that’s why I’m passionate about leading worship today.

“I grew up playing sports – baseball, soccer, basketball, etc. But when I was in high school, I was encouraged to focus less on sports and more on music, where others recognized my potential. That was one of the best things that ever happened to me.

“I started leading worship for our student ministry in Ohio when I was in 7th grade. My voice had not changed yet, so I probably sounded like a little girl up there on stage. But until that point there hadn’t been anything in my life that I absolutely loved doing. Worship became the thing I wanted to focus on and grow in. God put some incredible guys in my life who invested a lot of time pouring into me, whether it was about music or becoming a godly man.

“Once I made the decision to truly follow Christ, God was so faithful to put guys in my life who were instrumental in shaping my faith. One of those men really influenced my choice of colleges. When I decided to go to a small Christian school in Ohio rather than Ohio State, I knew I would have to pay for my own tuition. That was the first time that I had to trust and rely on God for a big decision. I ended up being in a worship band and playing at camps, churches and retreats throughout my time at school.

“As I continued to play music, it seemed clear that this was what God was calling me to do with my life. After college I got an offer to come on staff at another church in the Dallas area. I never in my life thought I would move to Texas, nor did I anticipate how lonely and difficult that season would be. I had not lived far away from my family before, and I missed them a lot. At my new job, I was asked to lead a church choir and an orchestra, and I didn’t really know how to do either. Some of my other friends were touring in a band and filling up arenas, and I was spending my days in an office copying orchestra music.

“I really struggled with why God would call me there. If I was exactly where God wanted me, shouldn’t I be happy? Through reading both John 3:30 and Proverbs 3:5-6, I learned that life is not about me. I needed to learn how to lean on the Lord for understanding rather than myself during difficult times. That was so important.

“The Lord stirred my affections for Him through listening to music. I think that’s why I’m passionate about leading worship today.” – Hayden Browning

“In 2014, the Lord connected me with some guys from Watermark Student Ministries. They were looking for someone to do music for students, and I soon transitioned onto the worship team at Watermark to lead in Student Ministries. Watermark was a great place where my gifts could be used and where I could build the community I needed as I moved toward marriage. By God’s grace, Lauren and I have been married five years now, have a two-year-old daughter, Ella, and another one on the way.

“A little over three years ago, I started leading worship at Watermark’s Plano campus. Lauren and I love being part of the Plano body, and our community group is together at the Plano campus as well. Over and over again in community, I have been reminded of God’s faithfulness to us. Whether it was moving to a state where I knew nobody or navigating the transition from being a husband to being a father, God was at work in really big ways. I know now that God doesn’t call me to an easy life. He calls me to be faithful at all times, even when it is hard. It’s cool to look back at that time in my life and see all the Lord was really doing.

“As a worship leader, I am reminded frequently that Jesus was not a huge fan of religious activity; He wants our hearts, not our attendance and ‘check the box’ participation. I think that’s why I remain passionate about leading worship. Each week, we have the opportunity to put our busy lives aside and spend time singing the truth about our Savior. Each note and lyric are an opportunity to engage with the transforming power of God’s Word. That is worth our time every week, every day, and every hour. Worship can play a big part in helping people of any age understand the Lord’s unconditional love and grace. Watching that happen is the most awesome thing I could ever be part of.”