I STAYED ANGRY FOR MONTHS 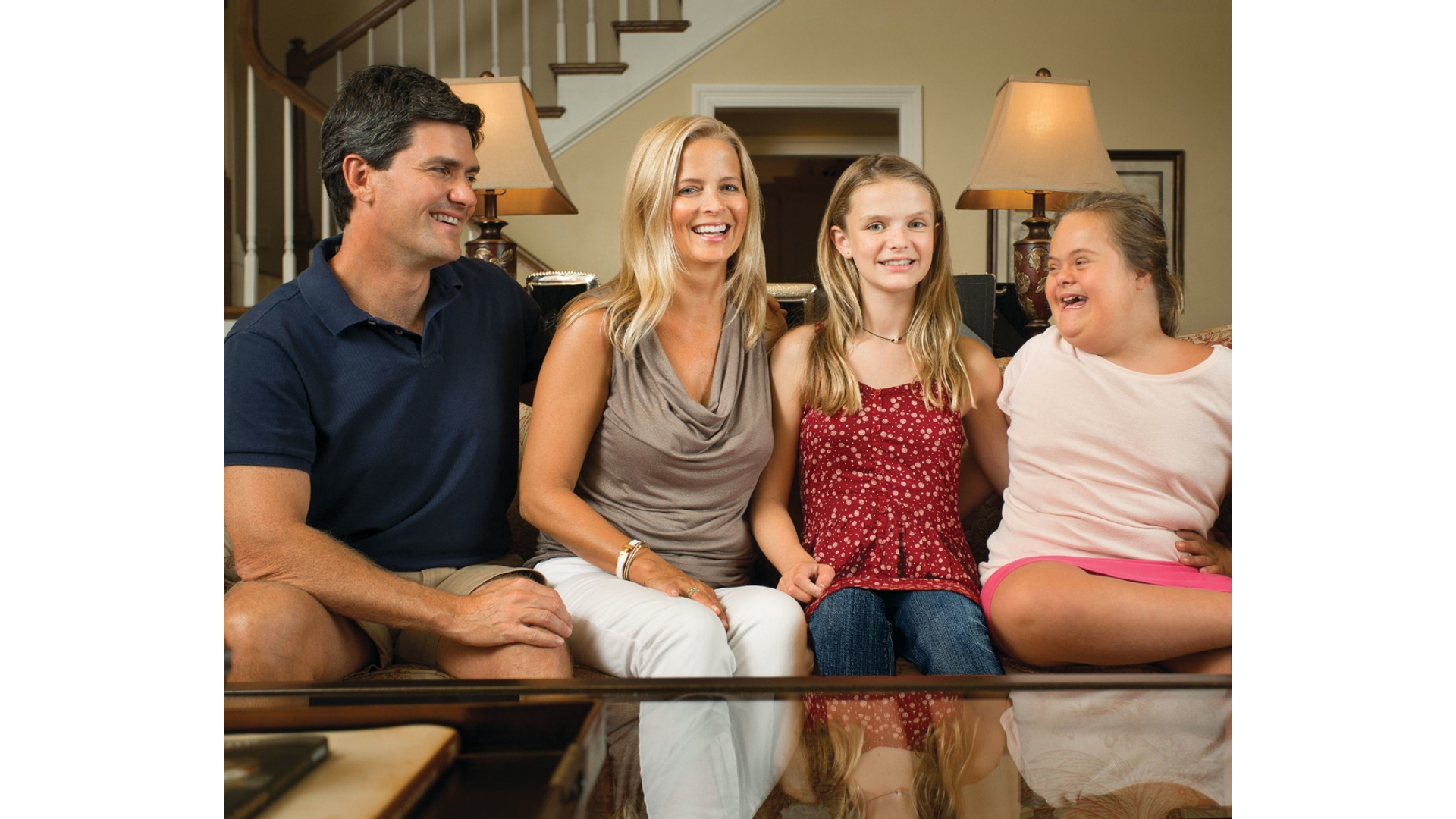 “We have been faced with things this world says are the opposite of goodness. Through it all, God has remained good.” – David Roosevelt

From the outside looking in, Kim and David Roosevelt lived the perfect newlywed life. They were attractive and smart, committed to their faith in Christ and advancing in their New York City careers. But their jobs kept them apart for long stretches of time, and they struggled to have a baby.

“I was so stressed all the time,” Kim said. “I was a young associate in our law firm, litigating major cases covered by national media. I remember after one trial ended, finally breaking down. Work had become my idol and getting the approval of man had become everything to me.” The next morning, Kim turned down an offer to litigate another trial across the country.

Soon, Kim found out she was pregnant. “We went in for our routine, 20-week ultrasound, and were told that our baby had two markers for Down syndrome. They suggested we have an amniocentesis to confirm, but we chose not to,” Kim said. Though they were heartbroken by the news, they were committed to carrying their daughter to full term despite the outcome. Four months later, Elizabeth was born – without Down syndrome.

Within a year they were pregnant again, and this time the pregnancy seemed just fine. But just five minutes after their second daughter’s birth, the doctors knew, Caroline had Down syndrome. “I remember one of the first things I thought about was whether she would go to prom,” Kim said. “It was so irrelevant, but it was just one of those things that came to mind as I began to process all the ways her life was going to be different than we imagined.”

After a short period of mourning, Kim and David quickly came to grips with their new reality and trusted God’s plans for Caroline’s life. Kim dived into every support group she could find. They focused so much of their time and attention on Caroline, they were caught completely off-guard when their oldest daughter Elizabeth, at age five, was suddenly admitted to the hospital with brain swelling and her internal organs shutting down. Elizabeth had type 1 diabetes.

“I felt like the worst parent; we had missed all the signs, like her incessant thirst and frequent need to use the restroom,” Kim said. After spending five days in intensive care, Elizabeth was released to a life of checking blood sugar levels, counting carbohydrates and receiving multiple injections of insulin a day.

“I was so mad at God,” Kim said. “I just couldn’t understand why He would have given me not one child with special needs, but two? It seemed so unjust and unfair. I stayed angry for months.” But through Bible study and the encouragement of other believers, “God re-affirmed through His Word that we should not be surprised by our suffering, but should actually rejoice in it,” Kim said. “Our children may not be perfect in the world’s eyes, but they are perfect in God’s eyes. He has a specific plan for each of them. It’s through this situation that we have come to believe God is good no matter what. He is in control of all things, and His will for our lives is perfect.” David and Kim moved to Dallas five years ago and have found strength in their community group at Watermark, where they look to other couples to encourage them when they are struggling. They also lead a Foundation Group for couples married three years or less.

“Communicating well and serving together helps us keep our marriage strong,” Kim said. “Our community group also helps speak truth into our lives. Given some of the challenges we face, having a group of people we can call who will immediately pray and give us godly wisdom is priceless.”

“Biblical community is one of God’s greatest gifts to us,” said David. “It’s where the real transformation takes place.” Their daughters have come into a deeper relationship with Christ at Watermark, where Caroline (10), attends Kaleidoscope, our ministry for individuals with special needs.

“This was one of the first churches we visited when we returned to Dallas. When we picked up our girls they both asked if we could go back next week. The staff and volunteers make learning about and following Jesus so much fun,” Kim said. “We call Caroline our little evangelist,” David said. “She is always telling complete strangers about Jesus and even helps pray over meals during our Foundation Group. We get the opportunity to see so many people be the hands and feet of Christ in our lives through Caroline.”

“Life doesn’t always happen as we plan,” Kim said, “but when I look back, I can see how God has been so good and faithful to us along the way, providing just the right people, the right cities and the right Scripture to encourage us.” “We have been faced with things this world says are the opposite of goodness. Through it all, God has remained good,” David said. – written by Jenny Pope