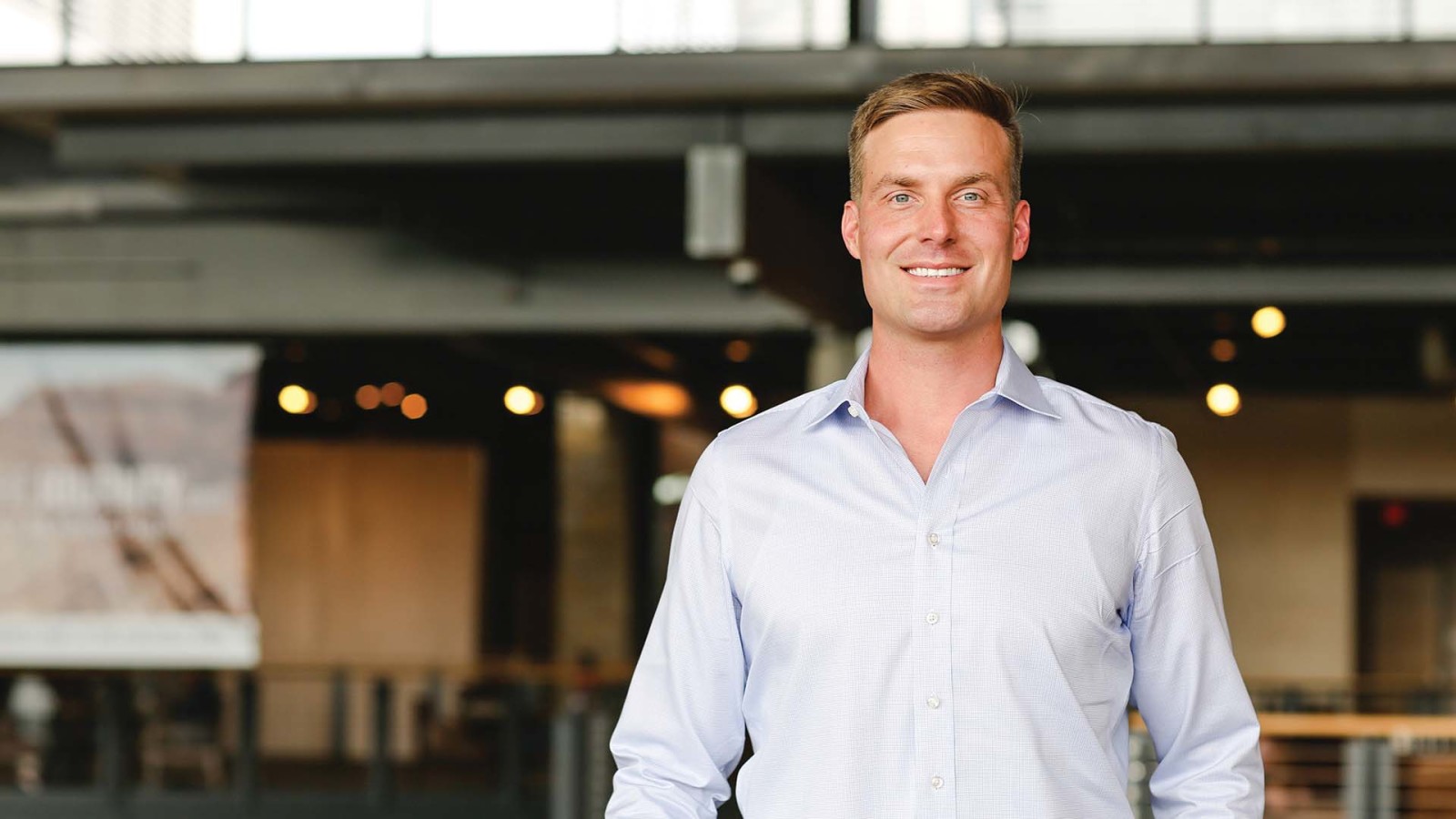 “Although I intentionally talk to others about faith on a regular basis, I still get nervous in starting the conversation,” said Dave Sterrett. “There are people who have a more natural propensity to reach out to others than I do, but the Great Commission is not optional for followers of Christ. So, whether I’m in vocational ministry or a job in corporate America, He has helped me seek out opportunities to shift my conversations toward Jesus.

“The first time I was around a large group of nonbelievers was my senior year at a boarding high school where I played basketball. It was a new experience to interact with people who were agnostic, Muslim, or held other beliefs different from mine. The church, teachers, and campus ministers spoke about a pluralistic, non-judgmental God who was ‘one of many paths,’ rather than Jesus being the only way. I could not stay silent, so I asked a campus minister if I could present a sermon. To my surprise, he agreed. I talked about the fact that salvation is found in no one other than Jesus Christ. I practiced the sermon in front of friends, and several who did not share my faith in Christ asked me questions. After I spoke in chapel, we started a Bible study where people could ask questions. Some of the questions were tough, and I knew that I’d better study to find the answers for why I believed what I believed.

“After graduating from college, I traveled with a well-known author and minister as he spoke at universities around the world. I saw the impact that moral relativism, scientism, and post-modernism had on students. Several older, wiser men challenged me to ‘love Christ with both heart and mind.’ Although I needed to grow in authenticity and confession within my community group, it was equally important to grow in my intellectual knowledge of God’s Word. I wanted to be ‘prepared to make a defense to anyone who asks you for a reason for the hope that is in you’ (1 Peter 3:15).

“Being in sales, rather than vocational ministry, was not what I dreamed for my life. But God was showing me a different way of sharing faith and caring for the people around me.”

“Eventually, I stepped out in faith and went into full-time ministry. I often spoke to university students on how to defend the faith and engage in cultural issues. I also helped lead a prayer ministry centered on the sanctity of unborn human life. We were near a late-term abortion facility. God allowed us not only to speak with women, but also to the boyfriends or husbands who were bringing them to the facility. I shared God’s Word, and in some cases, the abortion was averted.

“God continued to give me His favor in ministry. However, it was a financial struggle to make the ministry work. I sought wise counsel from other believers and eventually got a job in medical sales. Being in sales, rather than vocational ministry, was not what I dreamed for my life. But God was showing me a different way of sharing my faith and caring for the people around me.

“As I started my new career, friends from my community group and I decided to go through Equipped Disciple at Watermark. I had been inconsistent with my Scripture memory, and God used those classes to fan the flame of the basics of faith. I went back and memorized the essential core verses of the Bible, spending a lengthy amount of time with the Lord daily. In full-time ministry, I had neglected a few of the spiritual basics, and Scripture memory helped me sharpen my testimony and deepen my relationship with Christ.

“Through my job in medical sales, I was around people who regularly did not attend church. I had the chance to listen to their stories and engage them with the hope of Christ. I also met Muslims, atheists, and others from all walks of life whom I might never have connected with were it not for my new career.

“As I traveled in the last few years, I’ve shared the gospel with some surprising people. One day as I was waiting for a flight, I happened to stand near the CEO of Planned Parenthood. I shared a bit about my story and why I believed all humans, including the unborn, had priceless worth. On another occasion, I sat at a restaurant near a group of men who were talking crudely about women. I spoke to them about Christ and what it meant to receive His forgiveness for our impurities. Turns out that these eight men were part of a hip-hop group celebrating the success of their new single. We had a great conversation about the gospel, and one of the men prayed to receive Christ that day.

“Whether I’m talking to someone on a business trip or going with my community group to share the gospel at Klyde Warren Park, I’m amazed at how God uses the simplicity of the gospel to start conversations. Everywhere a believer goes is an opportunity to start an intentional conversation and tell the story of God’s love through Christ. It’s a myth that most people will just believe the gospel by observing our lives. The way we serve and care for others is evidence of Christ’s work in our lives, but at some point, we have to speak the truth about the gospel. Jesus began conversations with strangers, and He equips His followers to do the same.”