THE SLAVERY OF SIN 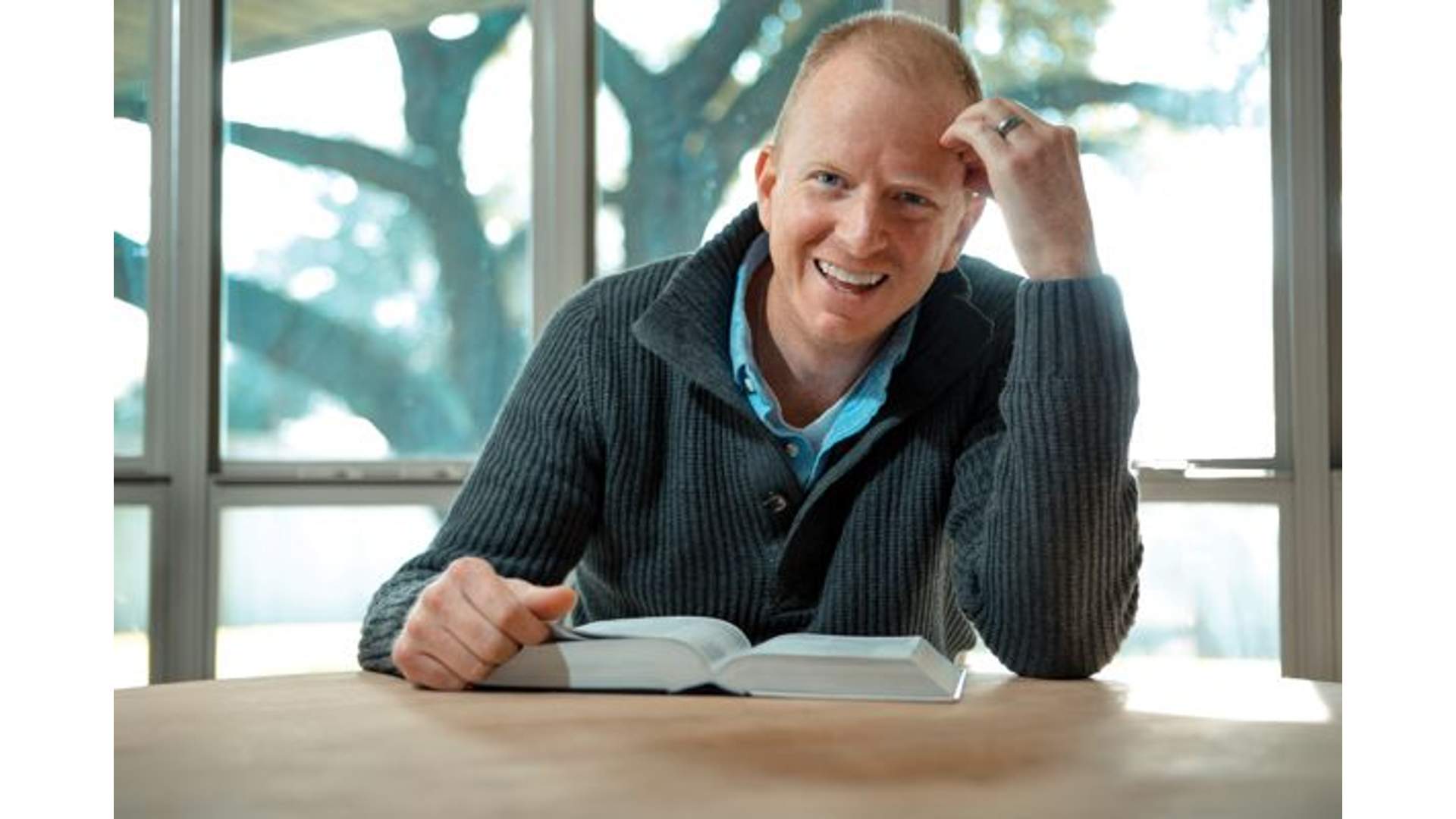 “I have been set free from the slavery of sin, and I now tell others that the Lord doesn’t make us better – He makes us new!” – John Elmore

“The gun was loaded. I switched off the safety and put the barrel to my mouth to see if I could go through with it,” said John Elmore. “I threw a ton of personal belongings off the second floor balcony and doused it all in black paint. I wanted to destroy every reminder of the life I once had. I was determined to kill the person who had caused me pain and then turn the gun on myself. I searched for him in vain all night. Exhausted from hatred and rage, I drank myself to sleep.

“Life wasn’t always like this. Growing up, I was the consummate good kid who kept the peace in our family. In junior high, I started smoking and drinking to fit in with the popular crowd. My fascination with alcohol grew to an obsession and full-blown addiction later in life.

“Although I knew the truth of the gospel, I viewed Christianity as rule-following rather than a personal relationship with the Lord. In high school, I led a double life – speaking out as a Christian and then sneaking off to drink.

“I always wanted to be the life of the party. In college, I saw many people I perceived were having more ‘fun’ than I was and not experiencing any consequences. So I joined in. I would host a prayer breakfast Wednesday mornings and then get hammered every night. I grew tired of acting like a Christian and partying on the side. I told God I would go my own way and return to Him after college. But I didn’t.

“My first marriage was built on partying. I drank on the way to every dinner party we ever went to, and secretly drank scotch out of my morning coffee mug so she wouldn’t know. It wasn’t enough for me to have a job in advertising. I worked on a second business and then a third to make more money. My life was all about career, cars, a nice house and acquiring more things. Driven by my own selfishness, I was completely over-extended trying to live that lifestyle.

“Everything I built my life on collapsed when my marriage ended. I was empty, bitter and spiraling downward. I wanted revenge on the person I viewed as responsible for ending my marriage, while remaining blind to my own faults. I moved out and slept on a friend’s couch, drinking myself further into depression and despair. As I began experiencing the weight of my sin, I hated myself so much. I would drink and take sleeping pills, hoping I would never wake up.

“On December 22, 2005, my family confronted me. They loved me too much to let me continue to live that way. My life had truly slipped out of my hands, and I felt crazy. So eight years ago today, I walked through my very first day of sobriety.

“The most terrifying thing I’d ever done was walk into a recovery meeting and admit I was an alcoholic. At step three of my recovery, I knelt beside the couch I was living on and prayed, ‘Lord, I’ve squandered everything you’ve ever given me. Whatever I have left, it’s all Yours: my career, friendships, money, time and my relationship with You. You alone can save me, Jesus. Be the Lord of my life.’

“I don’t think I’d really recognized the depth of my own sin until that moment. When I was the lord of my life, sin led me into total destruction. I needed Christ to save me from myself. And from that day forward, Christ changed everything.

“I know I wouldn’t be here today without God’s free gift of grace. I went from thinking my life was over at 30 years old, to understanding what freedom really is. At the time, my circumstances really didn’t change much. I was still sleeping on a friend’s couch, and my marriage was dying. But God gave me purpose, peace, hope, joy and contentment in Christ alone. I started devouring my Bible, daily surrendering to God’s will. I was also discipled by some great men. The Lord took all that was broken and redeemed it for good.

“By God’s grace, I’m now married to a godly woman, I will be a father in February and I serve as the Men’s Director for re:generation, Watermark’s Christ-centered recovery ministry. Every day, God gives me the opportunity to share the hope and healing that is available to us through Jesus. I have been set free from the slavery of sin, and I now tell others that the Lord doesn’t make us better – He makes us new! I still struggle, but the difference is, the man who used to love sin now truly hates it. I’m far from fixed. But in Christ I am fulfilled and free.”