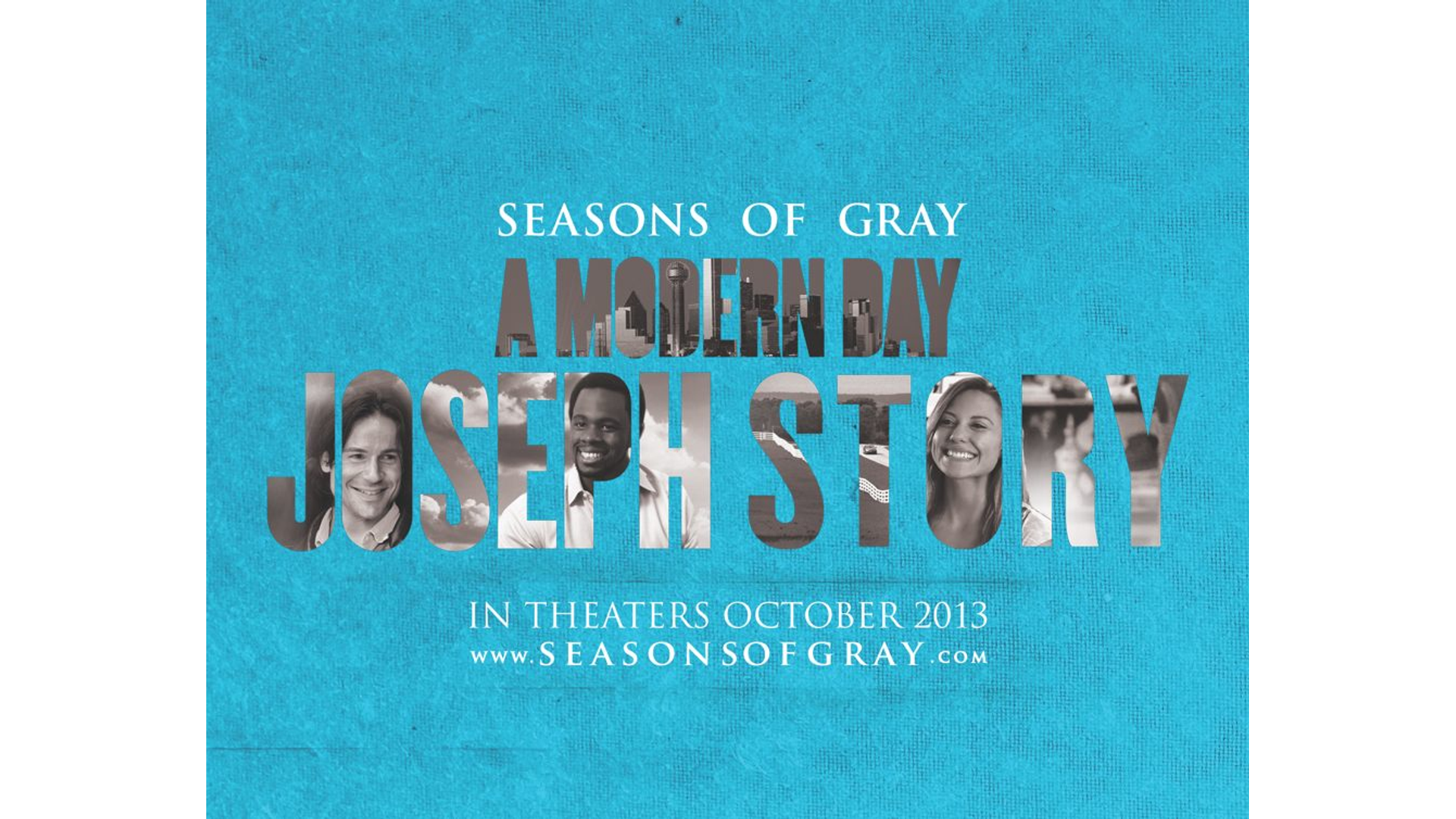 “We’d love for people to enjoy the movie and…share with their friends the true story of Joseph and how his trials paint a picture of the Messiah.” – Chris Mano

Hated and betrayed by his brothers, Brady Gray is forced off the family ranch and must start a new life in Dallas. With a good job and a promising romance, better days seem to lay ahead until Brady is framed for a crime he didn’t commit. This is the story of Seasons of Gray, a 24:32 Films production and evangelism tool in the Watermark Film Ministry. After various screenings in select cities and film festivals over the past two years, Seasons of Gray will see its first full release in the DFW area on October 11.  Film producer, Chris Mano, shares an update on where the movie has been, where it’s headed, and how you can get involved.

What is your role with the movie?

I am a Director of Photography as well as a producer and editor. In 2009, both Paul Stehlik, the director, and I left our places of employment and came on staff at Watermark to make this film. That’s how the Watermark Film Ministry began. As a filmmaker, you always want to push the art and story in an attempt to engage your audience. As we developed the movie, our heart was to not lose the scripture in the film and to avoid getting close to the line trying to be edgy, while still engaging the public. We’re now at the exciting place where the film is rolling out across the nation and we’re really excited about using it once again as an outreach tool. We’re praying, and hopeful, this will be a unique and culturally significant way for people to reach their neighbors.

For those unfamiliar with Seasons of Gray, can you tell us a little about the film?

We’re telling a modern day story of Joseph, which in many ways, is a picture of the story of Jesus. We want to show how God uses for good the things man intends for evil.  In making the film, we had opportunities to share the Gospel and to love on people where they were. It’s already been a huge win. God has been glorified and lives have been changed. We’re excited about the film now getting a chance to reach a broader audience.

What’s been going on since the first screening?

That whole experience was a huge encouragement. After the test screening in Dallas, we entered the film into  the San Diego Christian Film Festival and the San Antonio Independent Christian Film Festival. We won the Audience Choice Award at both, and that helped us garner the attention of EchoLight Studios and their new CEO, Rick Santorum. They helped us come up with a plan to market the film to the public, use it as an outreach tool in movie theaters, and eventually go to DVD for people to share with their neighbors. The film is rolling out at the same time as Max Lucado’s book, You’ll Get Through This, which is also about the life of Joseph. Our teams are working together to use this story as a way to engage the public and people who are hurting to let them know that when they trust in God, He will walk with them through whatever obstacles they’re facing.

How can people spread the word and  get involved?

One of the simplest ways is to invite others to come see the movie. The film will officially open in Dallas on October 11, and will be rolling out with a traditional release in several other cities in the following weeks. If someone wants the movie to come to a city anywhere in the U.S. that  we are not slated for, it is easy to host a screening. Our website, www.seasonsofgray.com, provides the details  on how to request the film in a specific city as well as a current list of movie events.

We’re encouraging everyone to use this as an outreach tool to get people thinking about big questions like: Where is God when I am suffering? What is the purpose of this? We’d love for people to enjoy the movie and  have a good time, but most importantly, use this time as a natural opportunity to share with their friends the  true story of Joseph and how his trials paint a picture of the Messiah who would come after him. Some people’s friends and family may never want to set foot in a church, but they will go see a movie. This is an opportunity  to have pivotal conversations with those people you  care about.