Searching for My Identity 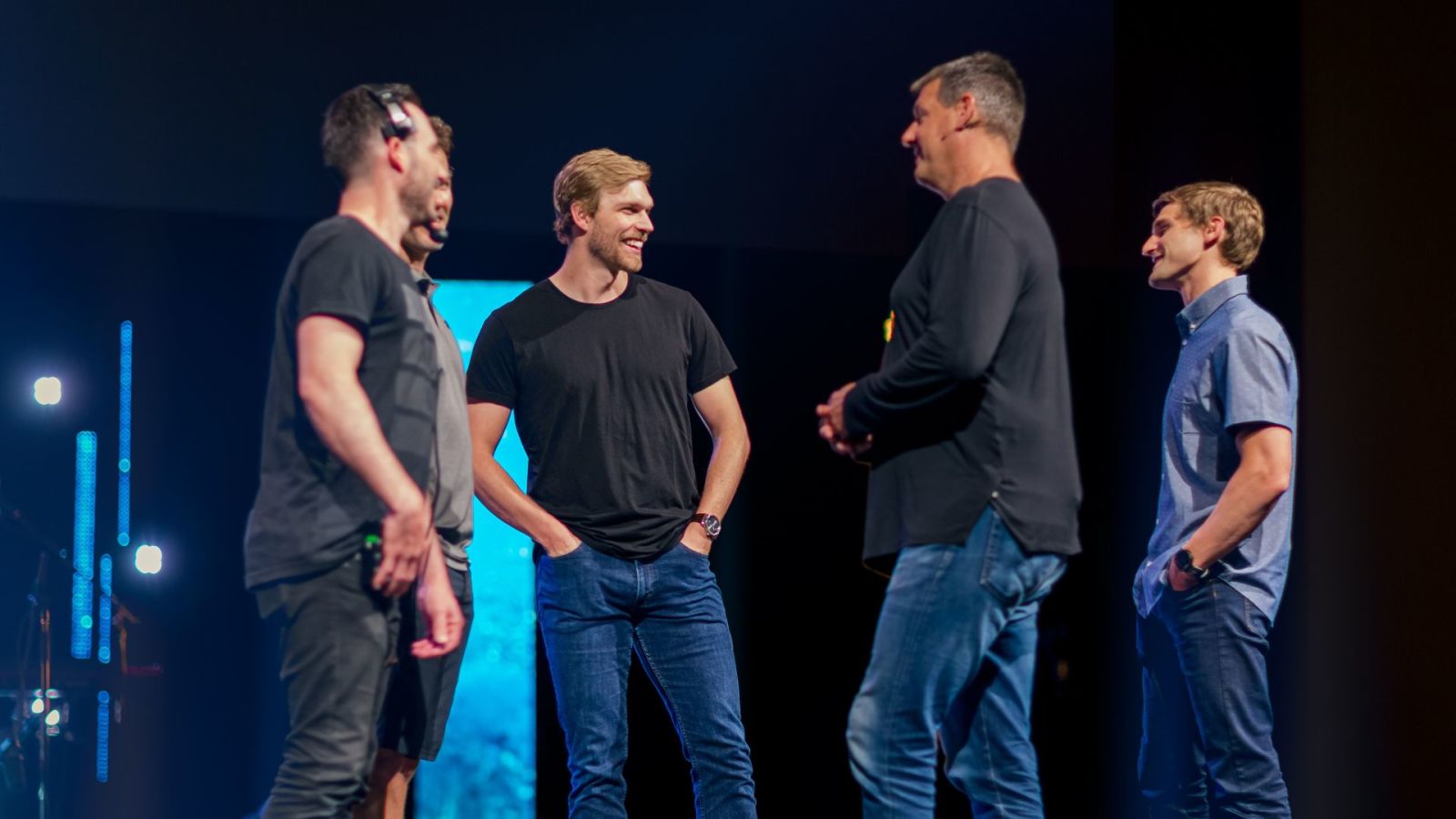 “For much of my childhood, my father was in and out of prison,” said Greg Brooks. “His absence led me to search for my identity in everything from playing basketball, to pornography, and other forms of rebellion. I didn’t know the Lord growing up with my brother and my mom, who worked very hard to raise us on her own. After she married my stepdad, our family moved around a lot because he was in the Air Force.

“In high school, I went to a military academy in New Mexico, where I came into contact with drugs and pornography. Eventually I was kicked out and moved to South Carolina with my parents. I went from playing varsity basketball at a school where I knew everyone, to a high school of 3,000 students where I knew nobody. It was a very difficult, lonely season.

“I wasn’t a believer at the time, but I felt so alone that I started praying that God would just kill me. The Lord, in His mercy, used a sports injury that took me out of playing basketball to connect me with His people. I met an amazing youth pastor, and some friends from his youth group invited me to go to an event with them. I initially said no, but they had already purchased my ticket, so I went along. I heard the gospel that day and for the first time understood that there was a God out there who loved me enough to send His Son to die on a cross for my sins. I knew very little about Christianity, but I was ready to place my trust in Jesus.

“I wrongly thought that once you became a Christian, you no longer struggled with sin. But I still struggled with pornography and seeking my identity in sports and relationships. The Lord continued to change my heart, especially in the summers after high school, while working at a Christian camp. It was the first time I was immersed in a community of people who were following hard after Christ, and that was a real encouragement to me.

“After my sophomore year of college, I went on staff at that same Christian camp and got married to my wife, Bonnie. I continued to grow in the Lord and stayed on staff for four years. During that time, I always said that I didn’t want to be a fulltime pastor. But God had different plans, and I ended up in a role as a youth pastor at a church in Cody, Wyoming.

“As I led that group of students, I was interested in learning what it really meant to shepherd God’s people well. I saw a great need for a new work of God in the area, and I had a real desire to be more effective at leading others toward an authentic faith in Christ. God used that desire to lead me on a journey that eventually landed me in the Fellowship at the Watermark Institute here in Dallas.

As I pursued those I had hurt with confession and reconciliation, the Lord set me free and showed me what it really meant to find my identity in Christ.

“I came here from a job I felt like I was good at. But once I got to know other Watermark leaders, I realized I was not nearly as equipped as I thought I was. The comfort I had in my former role led me to be lazy and complacent. After observing the level of authenticity that other leaders here lived in, I realized that my struggles with pride, fear of man, and fear of failure had kept me from living transparently before others.

“I never knew what it meant to be a minister of reconciliation until the Lord impressed on me to confess a past sexual sin (one I had hoped to take to the grave) and ask for the forgiveness of those I had hurt. Rather than experiencing judgment and criticism, I was met with grace, compassion, and encouragement by every leader I confessed my sin to. As I pursued those I had hurt with confession and reconciliation, the Lord set me free and showed me what it really meant to find my identity in Christ.

“After wrapping up one of the most transformational years of my life in the Watermark Institute, I’m going back to Cody, Wyoming to join a handful of families who are ready to be the church Christ has called us to be in that community. The rodeo capital of the U.S., Cody has a large Mormon population and sees thousands of people each year traveling to Yellowstone. I will take so much of this experience back to Cody with me as we plant a church and cultivate faithfulness as God’s people.

“One of the things I’ll take with me is a commitment to surrounding myself with others who help me in the fight against sin. I’ve taken new ground in making war against sin by surrounding myself with friends I can confess to when I’m tempted. Now I know that confession is the gateway to freedom. After years of searching for identity, I love who I am in Christ, and I know that the Lord cheers for us as we are more open, authentic, and honest about our need for Him.”

Keep up with Greg and his church in Cody, Wyoming