The Life I Live Is Not My Own 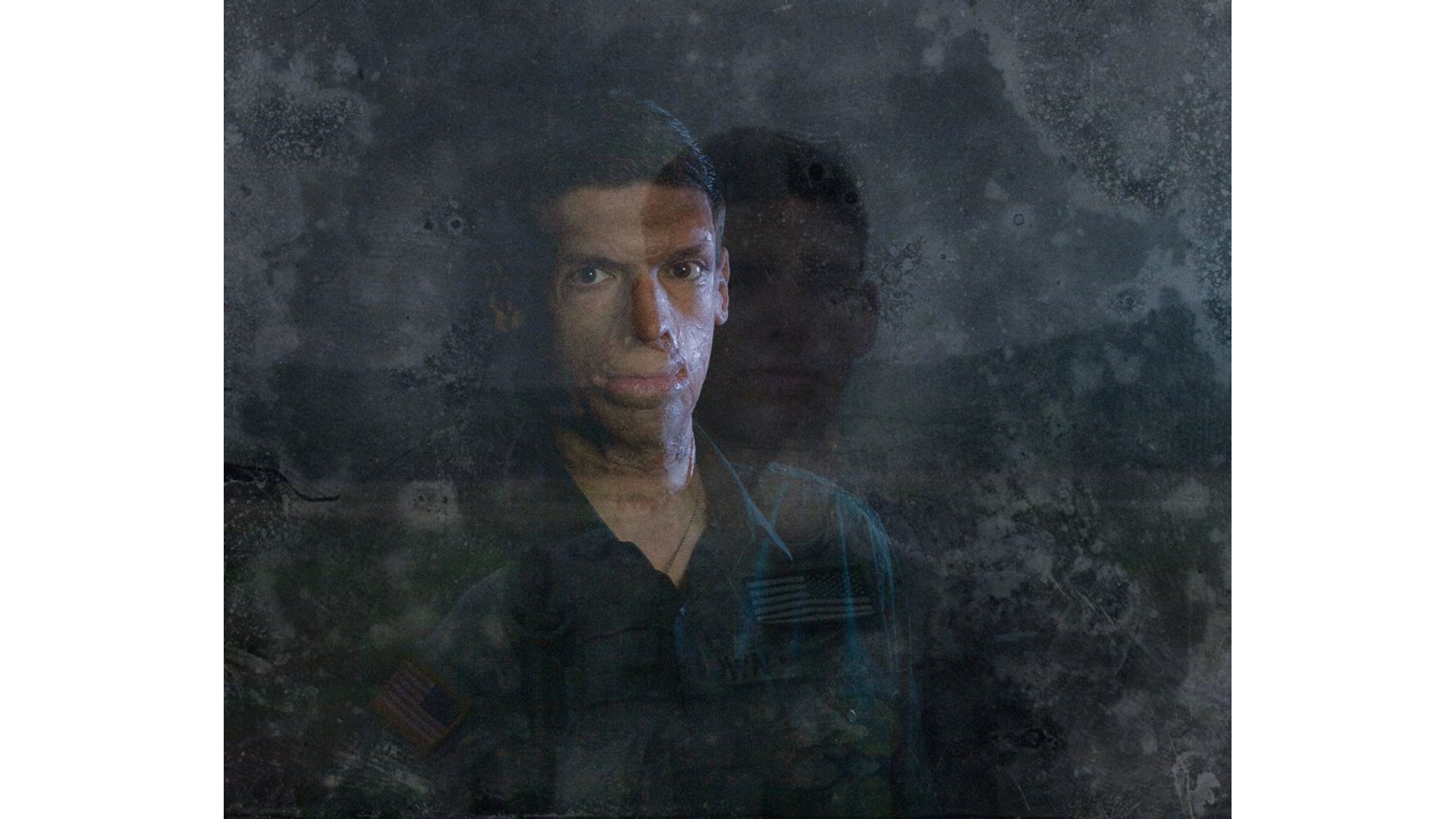 “God’s Word makes it clear that we will suffer. But in my suffering, God has given me a story I’m willing to share.” – Sam Brown

After the roadside bomb blast, everything went silent around Capt. Sam Brown. Brilliant, orange flames burst into the Kandahar desert sky, consuming the vehicle and Sam’s flesh in the furious blaze. He heard himself screaming as the vehicle shot skyward, and his body, still ablaze, was hurled to the ground. The fight to preserve his life seemed like a losing battle as his sight faded to black and his face caught fire. Wondering just how long it would take to burn to death, Sam’s thoughts flashed toward the journey from this life to the next. “Jesus save me,” he shouted as he threw his hands into the air.

His mind grew still as resolve faded, his body burning facedown in the silty sand of southern Afghanistan. Four words pierced through the chaos of the fire raging around him. “Sir, I’ve got you,” said gunner, Kevin Jensen, dousing Sam’s back with dirt and extinguishing the flames.

SOMETHING BIGGER THAN MYSELF

From his first day at West Point, Sam knew he’d be headed to combat. His was the first class since Vietnam to start at the Academy during active war. Sam always had the desire to serve his country, a goal his father stressed as Sam and his four siblings grew up in Central Arkansas. Faith and service to others were preached consistently in the church his family attended each week.

“Growing up, I knew a lot of the ‘right answers’ about God, but I lived my life for me,” said Sam. “On my own power I overcame a lot – West Point, Ranger School and the mental and emotional challenges of training for the war in Afghan-istan. But the first time I encountered something bigger than myself was that ambush in Afghanistan. That was a life-defining moment.”

Sam calls September 4, 2008 – the day he should have died – his Alive Day, a common phrase in the wounded warrior community. “It’s much bigger than my birthday, because it’s the day I was reborn spiritually,” said Sam. “That day,

I realized my mission on earth was not done yet. There was still time to live for God’s glory I decided that these eight words would be my battle cry: The life I live is not my own.”

Sam was evacuated to Brooke Army Medical Center in San Antonio, Texas. The recovery was unspeakably painful. Skin grafts, -over thirty surgeries and treatments were at times more excruciating than the burn itself. Through it all, Sam says he “leaned into the suffering” and was never angry with God. “I believed there was a purpose in it all. Physically, I was suffering. But spiritually, I was fed.”

When Sam was released from the burn unit to spend Christmas with his parents, there were special treatments to consider. The caloric needs of a severe burn patient are higher than any other major trauma. In recovery, Sam consumed as much as 4,500 calories a day, but damage to his mouth made a liquid diet necessary. An Army dietician called to make sure Sam had enough nutrition shakes for the trip. That’s how Sam met Lieutenant Amy Larsen.

When the two chatted by phone, Amy was all business, but Sam knew he had to meet her. Two months later, they hung out for the first time on Valentines Day 2009. As Sam talked about the explosion, Amy was stunned. “I wondered what kind of guy would throw his hands up and ask Jesus to save him when he’s engulfed in flames,” said Amy. “That’s not what I would have done. That was the beginning of many deep, spiritual conversations.

Over the next several weeks, Sam and Amy had “verbal wrestling matches” about God’s grace. As Amy’s trust in Christ was renewed, the beauty of her faith became an inspiration. “In a lot of ways, my faith was confined to a box of what I thought God could and couldn’t do,” said Sam. “Amy’s faith was incredible. She believed God could do anything. That refreshed me and drew me to her.”

Sam and Amy married in 2009. Two years later, Sam was retiring from the military, Amy was entering her final year in the Army, and they were expecting their first child. They named him Roman, in honor of Romans 5:3-5, which had become the theme of their lives.

“We both recognize that life is fragile, and we are not promised tomorrow,” said Sam. “God’s Word makes it clear that we will suffer. But in my suffering, God has given me a story I’m willing to share. God never promised to provide what I want. But He has provided exactly what I need to stay faithful.”