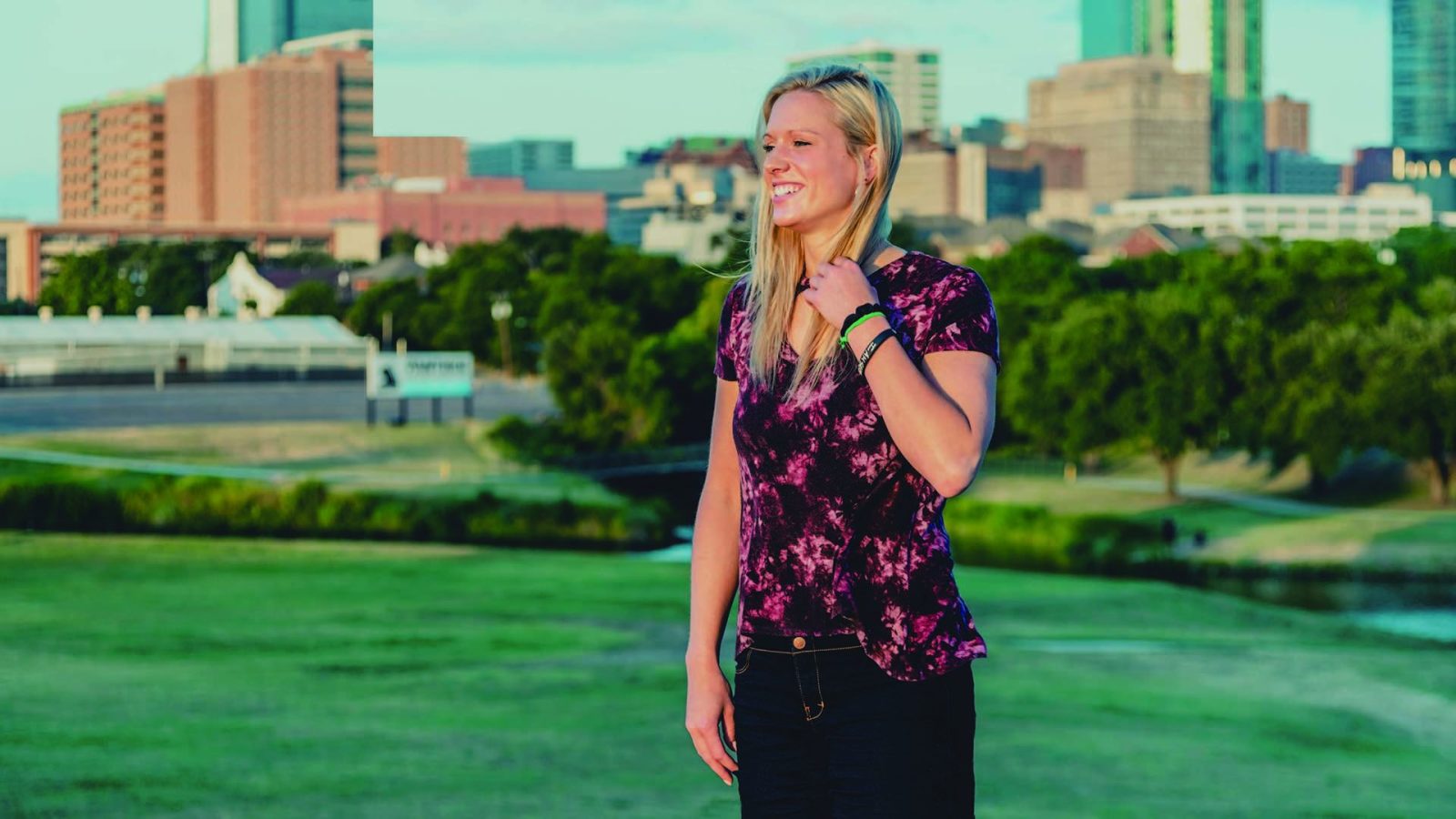 “Everyone acted afraid of me, so I continued to publicly harass, shame, and attack anyone I felt threatened by. Bullying became an addictive way to cope with my hurt and shame.” – Alyssa Cunningham

“I was the little elementary school girl with frizzy hair and bottle-cap glasses,” said Alyssa Cunningham. “Some girls in 3rd grade nicknamed me Roadkill. Their favorite game was ‘hide and seek;’ I would hide, and they would intentionally not come find me. I remember crying often at school from the relentless bullying. My first identity in this world was ‘reject.’

“The bullying continued until middle school, where I found myself getting physically bullied in front of about 50 eighth graders. Completely humiliated, I decided I was done with feeling powerless. On the first day of 9th grade I bullied someone for the first time, verbally attacking a girl who made fun of my laugh. I felt eyes turn in the hallway and my heart filling with power. Everyone acted afraid of me, so I continued to publicly harass, shame, and attack anyone I felt threatened by. Bullying became an addictive way to cope with my hurt and shame.

“As I got older, I became more aggressive – sometimes physically, other times through vandalism of houses or cars. I became a reckless partier as I continued seeking escape from the rejection that I felt. In college, drugs and men came into the picture, and my life spiraled out of control. Sometimes, I’d consume so many substances that I didn’t know or care if I woke up the next day. To stop living in this world seemed better than continuing to experience so much pain and rejection.

“My older brother, Brendan, had moved from our hometown to Fort Worth. He was walking with Christ faithfully and changing from an introvert to a joyful person who shared the gospel frequently. Honestly, I thought it was weird.

“He knew I was hurting, so he invited me to visit. We went to a Watermark Thanksgiving party, and everyone was so welcoming. I went to the party with my own agenda: to get drunk. Instead, someone approached me and asked, ‘On a scale of 1-10, if you were to die tonight, how sure are you that you would go to Heaven?’ I was speechless. What a ridiculous question to ask at a party! I had no answer and left both angry and convicted that I didn’t know where my eternity would be spent.

“After that, each day was a steady decline. I hit rock bottom in my substance abuse and reaped consequences of my sin that would become permanent scars. Now, I know this time in my life was about God running full-force after me. I am so thankful for that.

“My brother knew I was at rock bottom, and he flew me to Fort Worth for Easter. That weekend, I confessed everything to him – my sin, struggles, and the consequences I faced. I was met with unconditional love and grace that I’d never experienced before. He shared his story with me and explained that Jesus was the only way out of my self-destruction. That night I found hope in Christ.

“My brother serves on the Watermark worship team, so I didn’t have anyone to sit with on Sunday. I sat next to Becky Lyus, who, after meeting me, gave me a hug and said she was glad I was there. At the second service, I sat next to Rachel Parnell, who worshiped Jesus with so much joy that I could feel it. I wanted that same joy – not fleeting pleasures but the joy that comes from Jesus. So, I threw my hands up, too, and worshiped our Savior, Jesus Christ, and decided to follow Him forever. That was the moment I was saved. Rachel has now been my community group leader and best friend for over a year.

“Three weeks later, I packed up my stuff and moved from Iowa to Fort Worth in pursuit of the Lord and community – and that is exactly what I have found. Since then, I have gotten to know Jesus, who died on the cross for me. I no longer have to hang my head in shame because my debt is paid. I am no longer Alyssa: the reject, bully, or reckless partier. I am Alyssa, who is loved by Jesus and forgiven, righteous, and blameless before Him.

“God’s love has changed my life. I am now able to love others because I know that I am loved by Christ. I have been forgiven by the Creator of the universe, so I am able to ask for and extend forgiveness to others. I have been able to make amends with many that I have hurt in the past, and it has been so freeing.

“If I were talking to a girl just like I was, I’d want her to know that none of the men, substances, or temporary sense of power will save you from your feelings of rejection. The Bible says that the world will reject and hate us, because we are not of this world. Belonging to Christ is the only thing that offers life. You don’t have to clean up to go to Jesus or to find community at Watermark. Both accepted and walked with me toward the Truth. Jesus is the only way to find freedom from the life that you’re living. I know this is true, because that is my story.”