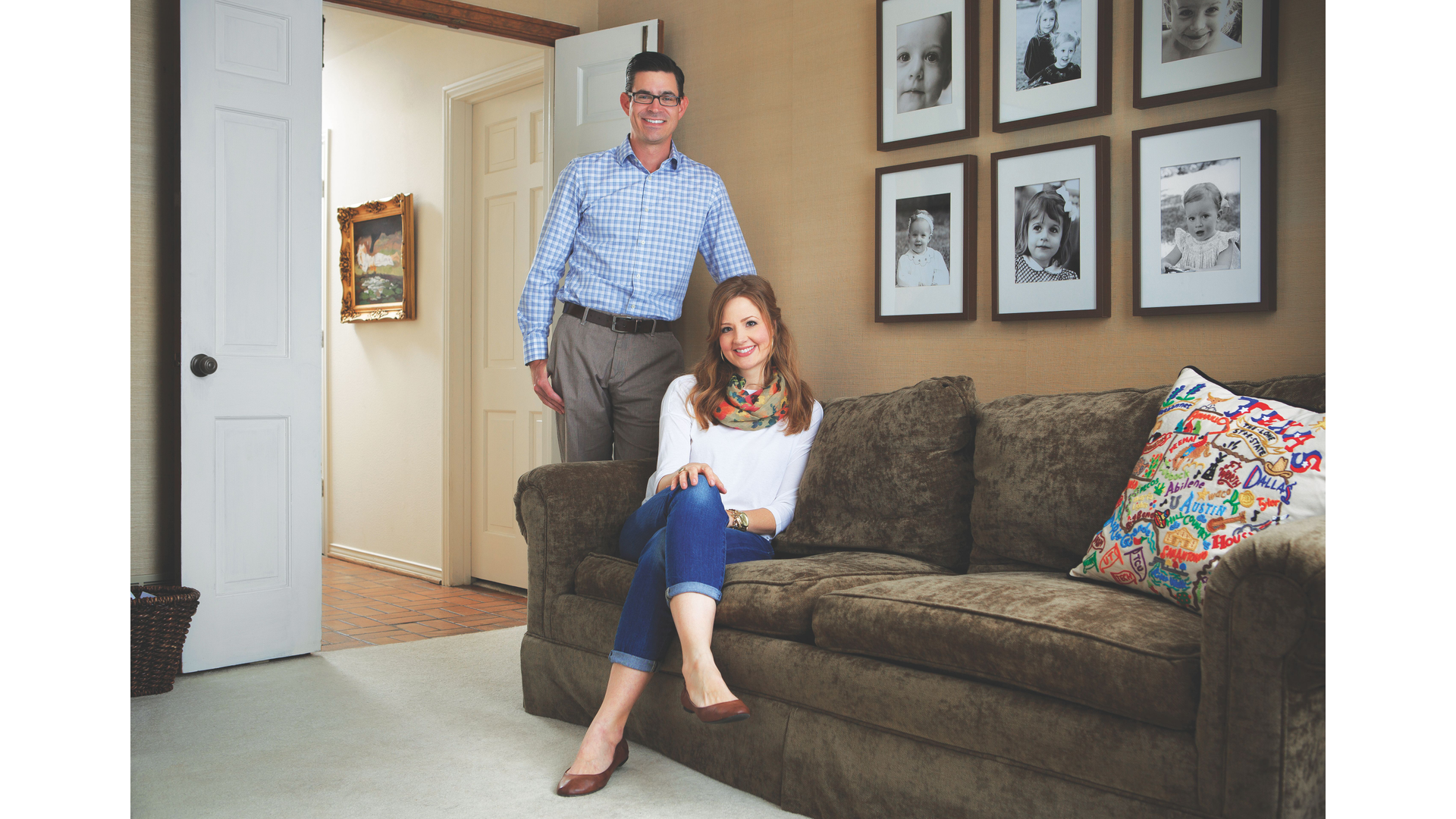 “It blows us away that my husband Dru and I now serve in the marriage ministry, because we are the couple that did everything wrong,” said Amanda Guillot. “Through Watermark’s Merge ministry, we give counsel to couples who are seriously dating or engaged. They learn about all the things we did wrong and how God has chosen to redeem it all.”

Dru and Amanda agree that one of their biggest mistakes was moving in together during college. “Part of our relationship was really good, and we were crazy about each other,” said Dru. “But our spiritual connection was completely lacking. We let a lot of things cloud our judgment.”

They moved to California after marrying in 1998. Dru built a career in the entertainment business, becoming increasingly obsessed with success. “In California, I pursued everything in life except my wife,” said Dru. “I was selfish. There’s no other word for it.”

Trying to keep up the image of success in southern California, the couple acquired a mountain of consumer debt that reached almost $50,000. The stress took a real toll on the family, as did the emotional affair Amanda was having with another man.

The turning point came one evening when Amanda said, “If this is what ‘for better or for worse’ really is, I’m not sure I can do it.” Dru left the house and drove around for a long time after the confrontation. Wrestling with hurt and anger, Dru called his mother for encouragement. “I explained the situation to my mom and she said, ‘well Dru, you are pretty selfish.’ That was a big turning point for me,” said Dru. “To know that Amanda, the woman I was absolutely crazy about, thought I was so very selfish was one of the most crushing blows I’d ever experienced.”

When the couple moved back to Dallas after their first daughter was born, their marriage was running on fumes. Motherhood had opened the wound that Amanda carried after her mother’s death. “My mom committed suicide when I was in college, and for a long time, I let that experience define me,” said Amanda. “I was depressed, anxious and frozen from fear. I wasn’t trusting the Lord with any aspect of my life. My own post-partum depression helped me understand what my mother had been through, and that I needed God’s help to heal.

“When we got to Watermark,” said Amanda, “I could tell God was doing something amazing here. I began soaking up what God had to offer. Through all the people God put into our life, we both began to see that there was more to life than the things we’d been chasing after.”

Amanda confessed her brokenness to Dru, including her emotional affair she hid for nine years. For the first time, Amanda experienced the peace that transcends understanding. “When I confessed my sin to Dru, his forgiveness was my first understanding of God’s grace and forgiveness. I am humbled and grateful to be loved in my wretchedness.”

Another turning point for Dru was discovering more about God’s purpose for his life and in their marriage. “I learned that biblical leadership is learning how to serve and love others,” said Dru. “I began leading in my marriage through service, and that has changed everything from how I manage money to the time I spend with Amanda. As a result, our home is completely different from how it used to be.”

Community with other believers is an additional tool the Lord used to change the Guillot’s marriage. It has not been easy, but giving others a view into their day-to-day struggles and victories has allowed both Dru and Amanda to grow in Christ. “We have friends who know us well and check in with us, and God has used them to teach us so much,” said Amanda.

Through leading in Merge, Watermark’s premarriage ministry, Dru and Amanda have the opportunity to, “paint a clear picture of what our marriage looked like with and without Christ,” said Dru. “We share what we’ve learned over our years together – from finances to intimacy to roles in marriage. It’s encouraging to tell others how God has moved us from total division to the pursuit of oneness.”

Merge, Watermark’s premarital ministry, is a premarital class designed to give engaged and seriously dating couples a unique opportunity to learn, seek wisdom, and receive counsel about marriage in a safe, fun, challenging, and authentic environment. * We recommend the 8-week class for couples in the DFW area. The condensed class is for couples with one or both individuals living out of town or consistently traveling for work.