“I would believe in God if there was any proof.” This statement is made more and more in a world marked by skepticism. Although faith is the assurance of things hoped for and the conviction of things not seen, we still desire evidence for God’s existence. Some seek proof to validate their own beliefs. Others want proof to believe altogether. While God has not given us proof of His existence that will satisfy everyone, He has given to everyone two gifts—reason and revelation—so that we may not only know that He exists, but that He is worthy of our trust.

In this article, I will present four common arguments for the existence of God, each of which is rooted in reason and revelation. I will conclude with God’s ultimate proof of His existence to mankind. The four arguments I will discuss are: design, desire, cause and effect, and conscience.

Psalm 19:1—The heavens declare the glory of God, and the sky above proclaims his handiwork.

When walking through a forest with my wife one day, I noticed a bench along the path. I joked with her, “Isn’t nature amazing? Over the course of years, wind and rain has crafted this bench for us to sit on and enjoy.” My claim that time + chance + matter had created design, order, and beauty was, of course, ridiculous. For while the forces of nature may make a rough tree stump to sit on, they are powerless to create a perfectly carved, intricately designed, multi-piece bench. Design points to a designer.

As you observe the world in which we live, study its design, order, and beauty. Consider the placement of the planets, the rotation of the earth, the complexities of the human body, the activity of the cell. Design points to a designer, and Christianity believes God is the Designer.

Ecclesiastes 3:11—He has made everything beautiful in its time. Also, he has put eternity into man's heart…

All desires can be fulfilled. When you are hungry, you can eat; when you are tired, you can sleep; and when you are lonely, you can call a friend. There is one human desire, however, which things in this life can never fulfill: worship.

The world sings with worship. Whether it be a band, a celebrity, a song, a movie, a show, a game, a hobby, or anything else the soul finds delight in, we worship. Yet such adoration is incomplete when our worship fails to reach beyond the things of this world. Like a man who is always eating but never full, such short-sighted worship finds no ultimate fulfillment in this life. This world alone is incapable of meeting our deep desire to worship.

C.S. Lewis concluded, “If I find in myself desires which nothing in this world can satisfy, the only logical explanation is that I was made for another world.” Similarly, Augustine observed, “Our hearts are restless, until they can find rest in Him.” All desires have fulfillments, and Christianity believes that God alone fulfills our heart’s deepest desire to worship. 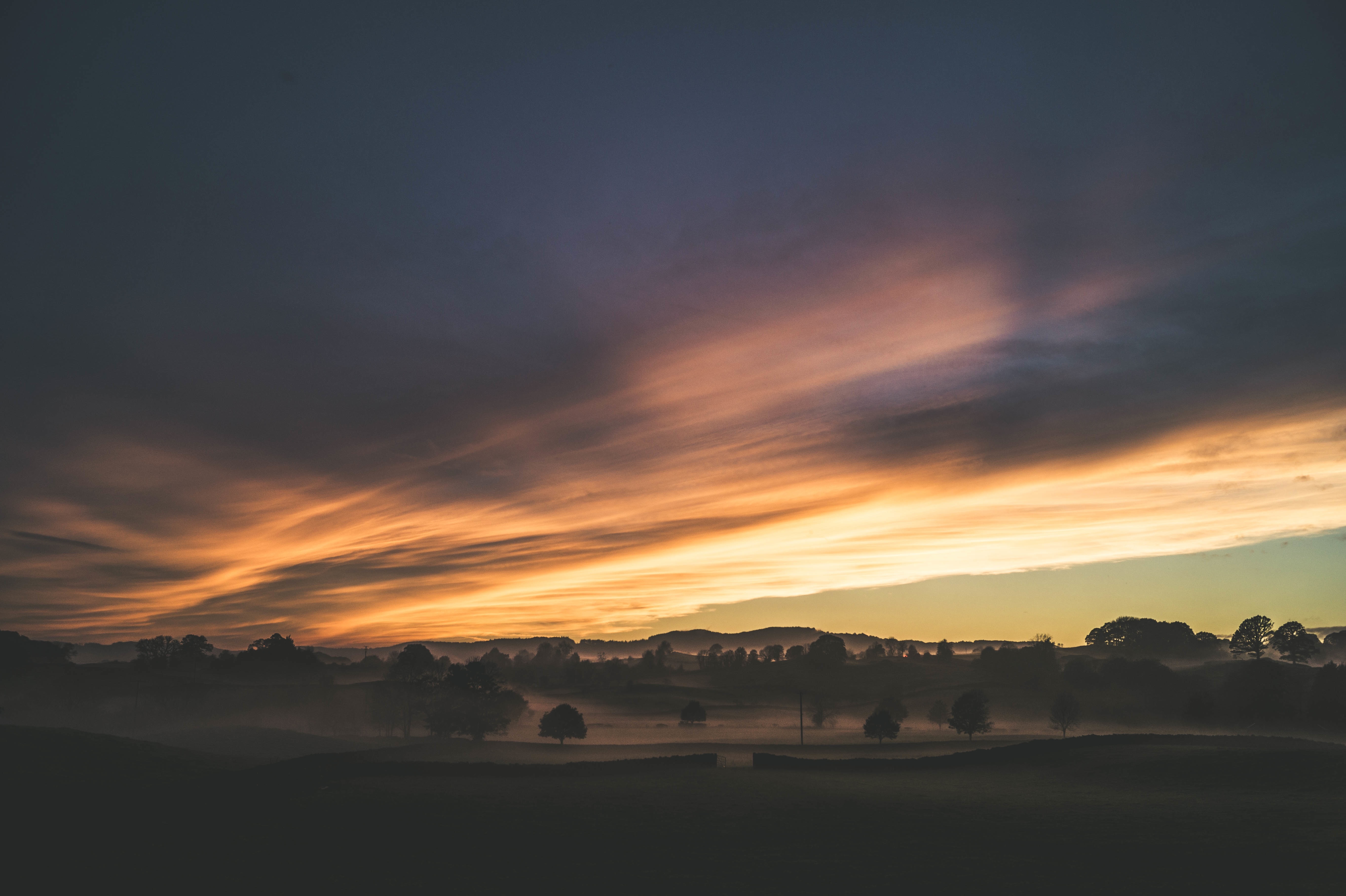 Genesis 1:1—In the beginning, God created the heavens and the earth.

Imagine you walk into a room and see a series of dominoes knocked over. As you trace the dominoes back to their beginning, you notice a single domino at the start of the chain. Because you know that an object at rest will stay at rest unless an external force acts upon it, you conclude this original domino did not fall over by itself. Some outside force must have caused it to fall.

Romans 2:15—They show that the work of the law is written on their hearts, while their conscience also bears witness, and their conflicting thoughts accuse or even excuse them.

Occasionally, a court case appears in the news that grabs nationwide attention. Some atrocious act has been committed and the media follows the long trial. As the trial progresses, compelling evidence is presented to convince many that the defendant is guilty. Then the moment comes for the jury to give their verdict. When the judge reads, “Not guilty,” people respond with outrage, anger, and, at times, even riot. A wrong has been committed, and no punishment was received.

In such moments, humanity grieves an injustice because people believe in right and wrong. Right actions ought to be rewarded while wrong actions ought to be punished. Whether it is a hideous crime or simply a personal grievance, we often appeal to a higher standard of morality that humanity collectively agrees exists. There is right and wrong, good and bad, a collective conscience that all humanity shares.

Humanity agrees on a standard of right and wrong. If this standard cannot be denied because of genuine human suffering and if this standard cannot be explained by culture or individual reason, then only one logical option remains. God is the standard. Just like you know a crooked line by seeing a straight one, you know what is good by the character and person of God. Christianity believes that because there is a moral law, God is the moral law giver.

John 1: 14 - And the Word became flesh and dwelt among us, and we have seen his glory, glory as of the only Son from the Father, full of grace and truth.

Richard Dawkins, an outspoken atheist, was once asked, “If there turns out to be a God, what will you say to Him when you die?” Dawkins responded, “I would say to God, ‘Why did you take such great pains to conceal yourself and hide away from us?’” But has God really hidden Himself from us, or have we willfully ignored the multitudes of signs that God exists?

God has revealed Himself not only through the world He created and the Word He inspired, but also by His greatest revelation—the Word who has come into the world, Jesus Christ. Although Jesus is the full revelation of God to humanity, many who saw His miracles denied Him. The issue has never been proof of God’s existence, but rather rebellion despite God’s existence. All humanity will soon stand before God, and no one will question His existence. For those who trusted in God, their faith will become their sight as they see and celebrate Him. For those who have rejected God, their rebellion from Him will be apparent, and their appearance before God Himself will be their ultimate proof of His existence. Until that day, God has given us reason and revelation to know and trust Him.

Journey With Us Through Romans in 2018

What Do Christians Believe?

How to Have a Quiet Time in the Word

Four Things God Has Taught Me About Racism