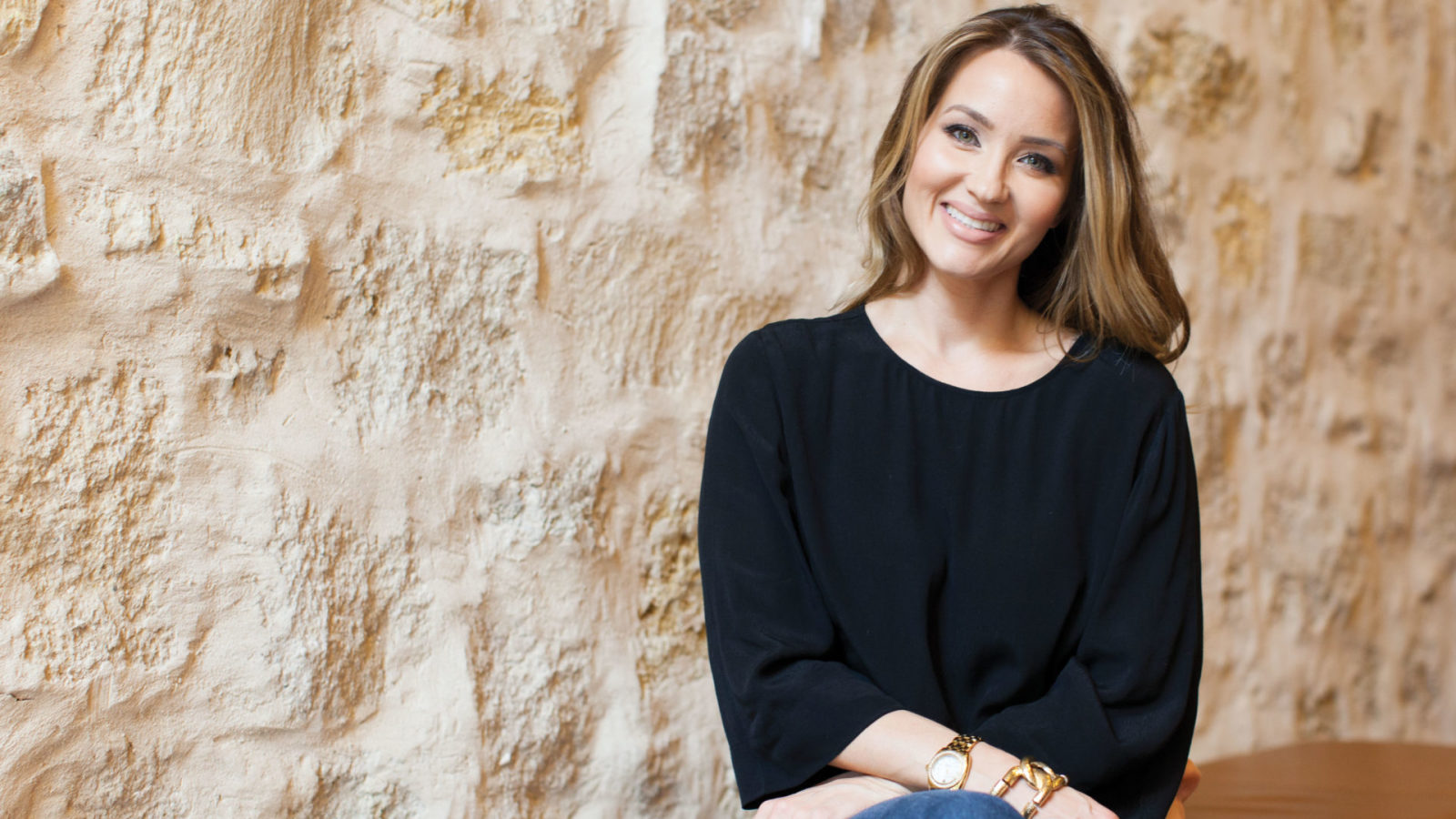 “I thought that when I got married, my husband’s anger and my promiscuity and destructive choices would end. In reality I turned to Russ as my savior rather than Jesus, so very little changed.” – Katie Moyer

“I was a hypocrite,” said Katie Moyer. “That became obvious when my niece, who had a clear window into my life, asked me some questions about faith. I shared some of what I learned about the Lord, but there was no evidence of trust in Christ in my actions. I felt useless to my Heavenly Father and His Kingdom.

“My return to the Lord came after a lot of pain and destruction. I knew from a young age that I was saved by God’s grace, but I didn’t know the ‘why’ behind the parameters set in God’s word. In college I began breaking the standards I once valued, crossing the line on smoking, drinking and then inappropriate relationships. Soon I was finding my identity in my relationships with men.

“When I met Russ (now my husband), he was kind, affectionate and loving, and I thought he was my Prince Charming. There were bouts of anger and other warning signs, but I wasn’t seeking the Lord so I ignored the red flags.

“I knew what I wanted my marriage to look like. What I didn’t understand was that we both needed to walk with Christ in order to have a successful marriage. I thought that when I got married, my husband’s anger and my promiscuity and destructive choices would end. In reality I turned to Russ as my savior rather than Jesus, so very little changed.

“I knew Russ occasionally smoked marijuana and drank, but I had no idea the extent of it until we were married. When we were dating I became Russ’ drug. I loved the affection and attention because it fed my flesh. The novelty wore off after we married, so Russ’ alcohol and drug abuse returned. The addiction grew so bad that some people who were close to me advised me to leave.

“When I found out I was pregnant with our first child, I remember feeling so desperate I fell to my knees right in the front yard. I didn’t want to leave Russ because I didn’t know what I’d do with a new baby out there on my own. What had I done by marrying Russ? If our marriage was just one big mistake, where would I go?

“After the birth of our first child, God used the women I met at Watermark to change my perspective. I shared what was going on in our marriage at a class for new mothers called Square One. The women showed me so much grace and gave me solid, biblical council on managing an infant when my husband was someone I couldn’t depend on.

“I don’t really know how the rest of my life changed. God gave me the desire to start praying, reading Scripture and following Him, as well as the courage to face the truth about Russ’ addiction. Rather than leaving my husband, the Lord replaced those thoughts with the peace that passes all understanding.

“At this point, Russ’ lies were getting more and more extreme. I was reluctant to rock the boat because I was trying to protect the baby. But I finally sat down and told Russ that I was genuinely afraid of him and something had to change. Our community group was part of that whole process and helped me tremendously. It was evident that God was using His Word and His people to build into both of us.

“Going to re|engage, Watermark’s marriage ministry, was pivotal. My leader, Sonja McCuen, was good at showing me my part in the marriage. I had cloaked myself in the victim role and rarely took responsibility for my own choices. Looking at my part was frustrating sometimes because it seemed obvious (at least to me) that Russ was the one with the problem.

“Russ continued to use drugs and alcohol after we finished re|engage. The truth is, I was just about done with our marriage. One night I went out to a bar and crossed the line by kissing another man. I think I did that just so Russ would leave me. What a mistake!

“I later confessed to Russ and our community group about what happened. To my surprise, I was met by God’s grace when Russ forgave me. God used that experience to show me I was capable of almost any sin outside of His will. I had no business patting myself on the back for not making some of the choices Russ was making. I needed to focus on my identity in Christ. That was the beginning of confrontation and development of my character and heart in the Lord.

“I would not be the Christ-follower I am today if I had not recognized my own sin patterns. I’ve learned so much about faithfulness through God’s Word. Because I’ve seen the ugliness of life, I am also painfully aware of where disobedience to God can go.

“I always knew that God had so much more for my marriage than to simply be undivorced. But Russ still thought he could manage his addiction on his own, so our marriage was not in a good place. The Lord helped me to love and care for my husband even as He was working on Russ’ heart and changing mine.”