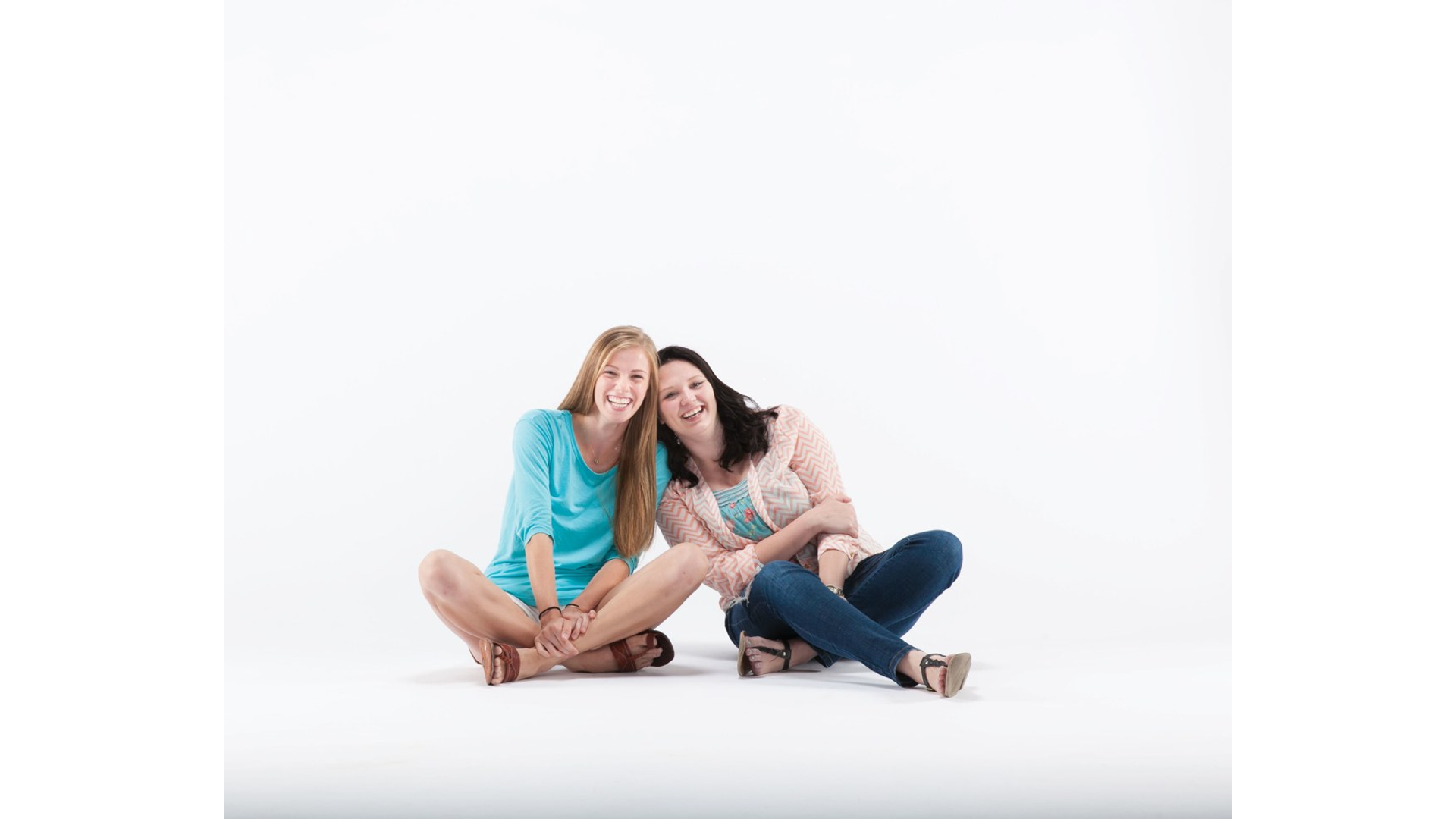 “Getting a front-row seat as God transformed another person’s life is the most rewarding thing I’ve ever been part of.” –Kelsey Kaigler

“At the beginning of my senior year, I prayed that God would help me make a difference at my school,” said Kelsey Kaigler. “I had no way of knowing how He would use me, but I wanted to be part of God’s work in transforming lives.”

An answer to that prayer began when a new girl at school had the courage to sit down with Kelsey and her friends in the cafeteria. “The lunch room is the scariest part of high school,” said Hailey Webb. “I was a junior and had just moved to Lake Highlands and didn’t know anybody. I sat down and started talking to this group of girls, just hoping we might become friends.”

Life at home was rough for Hailey. Her parents had recently divorced. Her mom struggled with the load of being a single parent, and her father suffered from multiple sclerosis. Hailey and her brother bounced from house to house, sometimes living with friends or in a motel.

Kelsey vividly remembers the day she met Hailey. “Here was this new girl sitting down to eat with me, Meg Ashley and Meredith McCown, a couple of my good friends who also go to Watermark,” said Kelsey. “Rather than just quietly wondering who she was, I decided to find out more about her.”

Kelsey and Meredith invited Hailey to Watermark, Fellowship of Christian Athletes meetings and other events. Slowly, their friendship grew. “These were the first girls I met who didn’t cuss or gossip about other people,” said Hailey. “They invited me to church, and that felt so awesome. I definitely wouldn’t have gone to Watermark had I not been invited. I started to see God at work and met other kids who actually followed the Lord.”

As their friendship grew, Hailey opened up to Kelsey about the challenges of her past and her ongoing battle with depression and anxiety. Rather than being met with judgment or empty platitudes, she received encouragement from her new friends.

“Kelsey and the other girls really showed me God’s love,” said Hailey. “She wrote me notes of encouragement and continued to invite me to Watermark and other places. She and others really demonstrated what it was like to live your life for Christ rather than for the world.”

Although Hailey grew up knowing about the Lord, she found it hard to trust God when circumstances became more difficult. As she spent more time with others who followed Christ, she began questioning her long-held views about God. “My family had lost so much, so I viewed God as a watchful eye in the sky who didn’t care,” said Hailey. “I was afraid to fully trust in God. I was scared of being condemned because of the bad things that had happened in life. I questioned if trusting in God would be better than my worldly view.”

Hailey says that God used her friends and the lyrics to several worship songs to turn her heart toward Christ. “So many of the worship songs were exactly what I needed to hear about God,” said Hailey. “But it was the acceptance I received from these girls that helped me see that I was also accepted by Christ. As I learned more about God’s Word, it was so cool to see that my past did not disqualify me from God’s plan.” “It was clear that the Lord never lost His love for me,” Hailey said. “Knowing more about that love helped me give my life over to Christ and trust Him. I made that decision public by getting baptized in May at Watermark.”

Since her relationship with Christ began, God changed Hailey’s life in countless ways. Hailey says it’s easier to trust God with the details of her schoolwork and her social life. Although she still occasionally struggles with depression and anxiety, Hailey finds strength in God’s Word and in her community of friends.

“As I’ve started to rely on Christ, I have much less fear of repeating past mistakes,” said Hailey. “I’ve jumped in at home to serve my family. The process of healing is happening, and our home has become a happy place again.” For Kelsey, having a front-row seat to God’s work in Hailey’s life is a reminder that God can use anyone in His plan.”

“One of my favorite verses is 2 Corinthians 12:9-10, where we learn that God can use us in spite of our weakness,” said Kelsey. “There was weakness in Hailey’s life and in mine, so building a friendship wasn’t always easy. But God continued to help me. Hailey continued to show up, and God was at work. I feel like our story really proves that verse is true.”

“I know the true reward of investing in people,” Kelsey said. “Getting a front-row seat as God transformed another person’s life is the most rewarding thing I’ve ever been part of. God continues to show His faithfulness, and I’m excited to see what He will do next.”