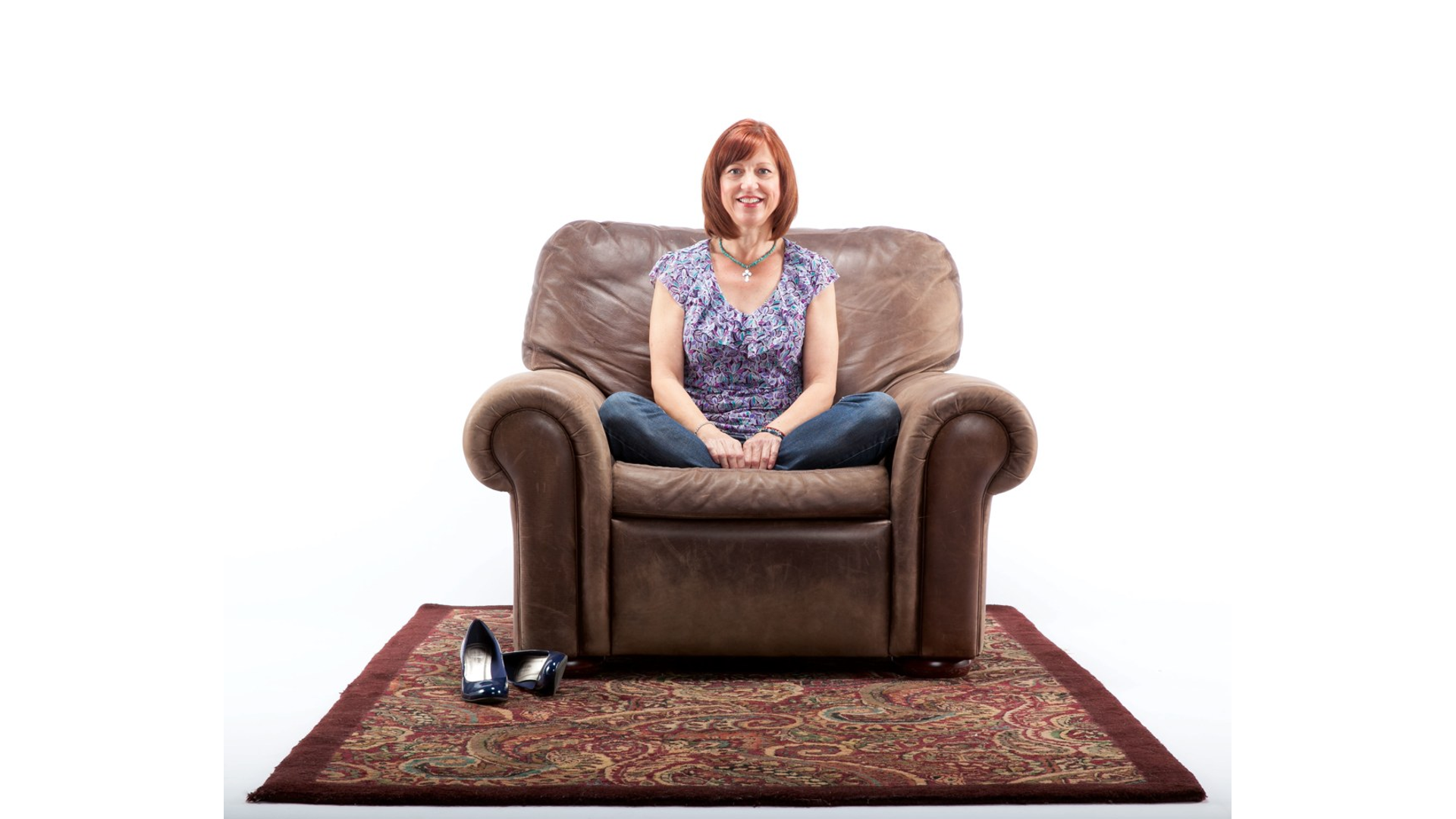 “At 25 years old, I got into full-time partying, taking meth, cocaine, drugs, alcohol or whatever else was around,” said Mary Dolfin. “I told Jesus that I was leaving and that I’d be back soon. I spent the next 18 years with Miller Lite as my god. It’s only by God’s grace that I didn’t die.

“I knew about the Lord as a child, but rather than experiencing God’s love, I felt judged by other families at church. I loved God, but I was not given an example of what a faithful follower of Christ looked like.

“I moved from my hometown of Grand Rapids, Michigan to Dallas, following after a man I liked. On my own for the first time, I looked for love and acceptance in beer, drugs and men, latching on to my own will rather than God’s.

“The results of living by Mary Dolfin’s will were terrible. I drank myself to the point where I couldn’t distinguish the truth from what was false. I was evicted from several places, sometimes living with my cat in my car. But even with no home base, God somehow kept me safe.

“I grew angry and resentful. My needs weren’t being fulfilled at the rate I wanted them to be! I wanted a man to take care of me, and I didn’t have one. I blamed everyone else for my unhappiness. In reality, many of those struggles started with me.

“When I married in 2005, I had every opportunity to be open about my addiction. But I could never say the words, ‘I need help.’ So I let my husband catch me doing drugs. By God’s grace, I ended up in recovery for drug addiction.

“After six days detoxing in a psychiatric ward, I went to a treatment center here in Dallas. I knew it was time to get off drugs, but I didn’t know how. God put the right people in my life, and they showed me His kindness. They brought organization out of the chaos in my life. “While I was at the treatment center, I heard about this event called GLOW, which is a day of pampering for women at shelters and other Watermark partner ministries. It had been so long since I’d done anything to care for myself. How lucky could a girl be to do something like that? Next thing you know, I was asked to go to GLOW.

“Love absolutely oozed out of the people I met at GLOW. I got a beautiful haircut, a delicious meal, a recovery Bible and a whole bag of goodies to take home. The best part was how nicely I was treated. After being a drug addict for so long, people kind of avoided me. But at Watermark, I was loved from the moment I arrived until the second I left. I had to pinch myself it felt so magical.

“I returned to Watermark because a client told me about the re|engage marriage ministry. I came back on Sundays because hearing about God’s love gave me the shot in the arm I needed. Although I was still living under self-will, and my marriage ended, God still put me where He wanted me. The journey with Christ was about to begin.

“I got off meth, but continued to drink until 2010. I was so broken and looked for love in the wrong places. Through God’s intervention, I got into recovery for alcoholism. It wasn’t centered on Christ, but I was reintroduced to a forgiving God as I walked forward.

“In recovery, I did an inventory of my life and struggles. It was hard to look at all my character flaws, but that opened the door to think about forgiveness. Could God forgive me for the terrible choices I made? It became clear that I did not understand the truth about sin, confession, repentance and forgiveness.

“In 2013, my goal was to have a stronger spiritual connection, so I came to a Women’s Bible Study at Watermark. God used our study of the book of Romans to change my life. I finally saw the truth about salvation: even while I was a sinner, God loved me (Romans 5:8). Because of Christ’s death, I was grafted into God’s family tree (Romans 11). I became hungry for more of God’s Truth. I went through all three classes of Equipped Disciple. I got into a community group too. At every point, I was reminded that although I’m still a sinner every day of my life, God loves me.

“As God continues to soften and transform my heart, He puts beautiful Christian women in my life to inspire me. I cut hair for a living, and, fortunately, many clients have stuck with me through thick and thin. They’ve seen the transformation from hopeless addict to someone living in the full hope of Jesus. Some clients ask about the change in me, and I tell them what God has done.

“I’m still a single woman living with my cat. But I know now that I don’t need a man to be complete. I have true happiness and contentment in Christ. God gives me a willing heart to surrender to Him, so, every day, I have hope.”

The post OUT OF CHAOS appeared first on Watermark Community Church Blog.