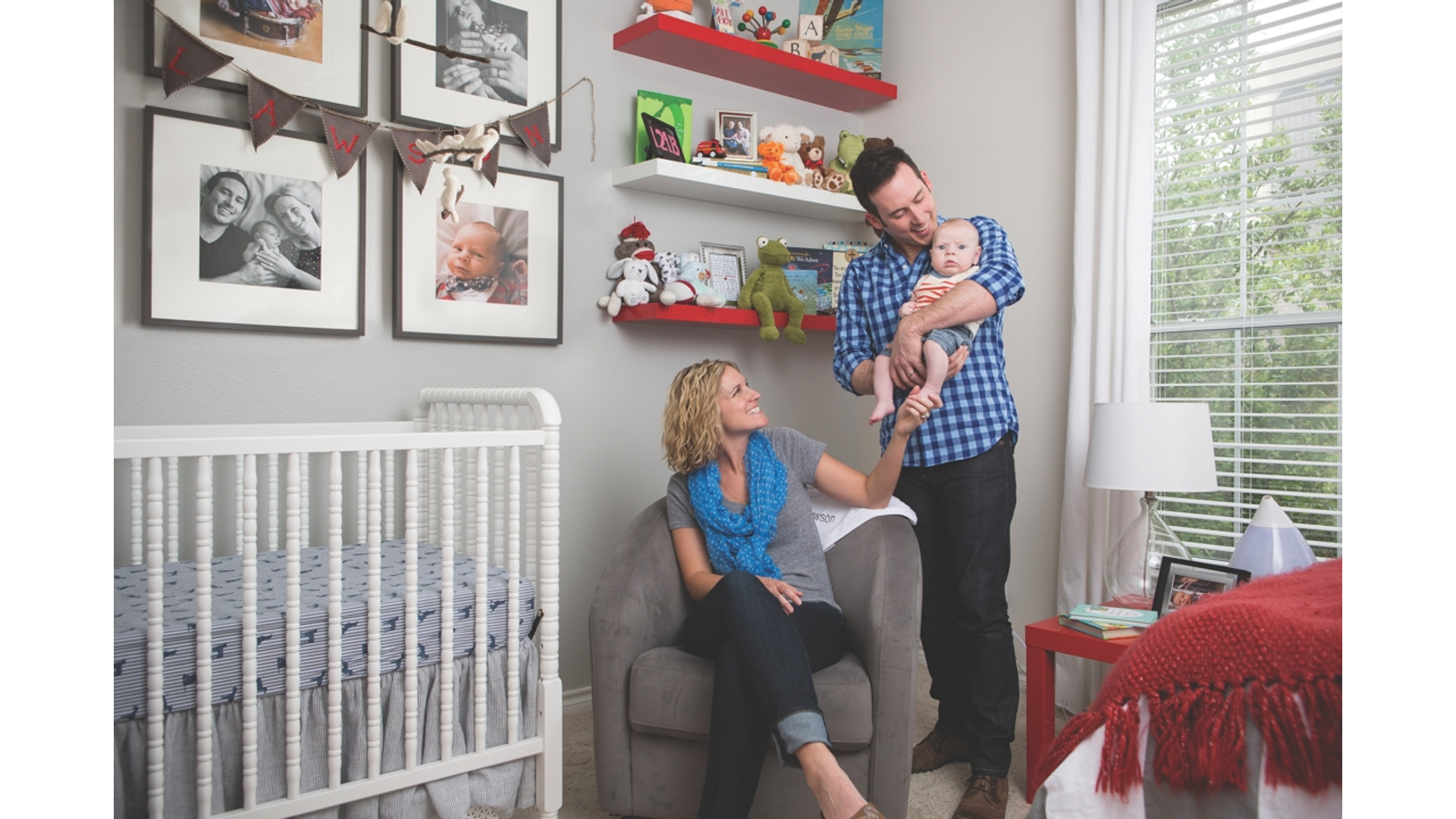 Jeremy and SarahBeth Jaqua met in 2006 through mutual friends. “We couldn’t be any more different,” said Jeremy. “I’m a professional musician. She’s a spreadsheet ninja and really organized at work and at home. We really balance each other out.”

Their relationship grew slowly over several years. Having been through both a season of rebellion and the end of a bad relationship, SarahBeth was reluctant to date. But over time, she shared more of her story and was moved by Jeremy’s acceptance and unconditional love. “Our relationship was a great reminder to me of God’s grace and redemption in my life,” said SarahBeth. “The Lord loved me in spite of my sin, and Jeremy’s love for me was just another example of God’s unconditional love.”

The two married in 2009, and not long after that, Jeremy and SarahBeth began talking about starting a family. The Jaquas were actively involved in Student Ministries and loved discipling kids at Watermark. “Since I was a young girl, I’ve always thought about being a mom,” said SarahBeth. So both SarahBeth and Jeremy were stunned when genetic testing revealed that it was nearly impossible for them to have a biological child. “We couldn’t do anything about it at all,” said Jeremy. It was sad, confusing and disappointing, and we didn’t know where to go from there.”

“We had no reason to think we wouldn’t be able to have biological children,” said SarahBeth. “We spent time praying and grieving for what we would most likely never experience – carrying a baby for nine months and having a little one who looked like us.”

Knowing where to turn next was difficult. “It was a hard stage to be in,” said Jeremy. “It felt like everyone around us was pregnant, and we were in a holding pattern.” But it was in that season of waiting that they recognized God’s generous provision for them through His people. They met other couples who had been down the same road and were eager to listen and share their stories. Through the encouragement of friends, Jeremy and SarahBeth discovered they were not alone, and that God was still at work.

Through prayer and time spent together in God’s Word, it quickly became evident to the Jaquas that adoption would be the new way God was going to grow their family. “We saw how saturated the adoption process is with the gospel,” said Jeremy. “Through the Lord’s free gift of grace, we are adopted children of God. His adoption of us was identifying and permanent. We were so excited to experience such a tangible picture of this truth.”

Soon they began learning more about the process, selecting an agency and filling out A LOT of paperwork. By November 2012, the applications and home study were complete, and the Jaquas were approved by the adoption agency. They would definitely become parents… some day. It could be two weeks or two years. The tension of knowing they’d be parents but not knowing when was difficult.

“I’ve sometimes been consumed by thinking about the ‘next thing’ in life,” said SarahBeth. “I was always waiting for the next season, whether it was graduation or finding a spouse or getting pregnant. But the next thing never satisfied. Understanding that helped me draw much closer to the Lord as we waited. Having a child, as great as that would be, wouldn’t fix anything. Christ had to be my purpose in life.”

One month after the couple was approved, they received the call they’d hoped for. After reviewing a stack of applications, a birth mother selected the Jaquas to be the parents of the baby who would be born in just six weeks. The couple was overjoyed – and in shock.

“It blew our minds to think we’d be parents so quickly. We had nothing for the baby,” said SarahBeth. “But this was another example of being supported by our community. Our friends celebrated and provided for our adoption in more generous ways than we could have imagined.”

On January 29, the Jaquas headed to the hospital for the birth of their child. That day, they knew, would be bittersweet. As they experienced the joy of becoming parents, the birthmother would experience sadness and pain. But what could have been awkward and tense, turned into what SarahBeth calls the best days of her life.

“I got to be in the room when our son, Lawson, was born,” said SarahBeth. “We spent time with his birthmother, who was also a believer. We expressed gratitude that she not only chose life but was also selfless, brave and loving in choosing adoption for Lawson.”

The journey of becoming a parent allowed Jeremy  to understand God’s grace in a way he hadn’t before. “I never guessed how the permanency of adoption would affect me,” said Jeremy. “There’s nothing Lawson could do that could get in the way of him being my son.

My love for him is strong, but just a fraction of what God feels for his adopted sons and daughters.”

“We are having the time of our lives as a family of three and look forward to Lawson’s adoption being finalized in the coming months,” said SarahBeth. “We are so grateful that God is writing a better story for us than we could have ever imagined.”