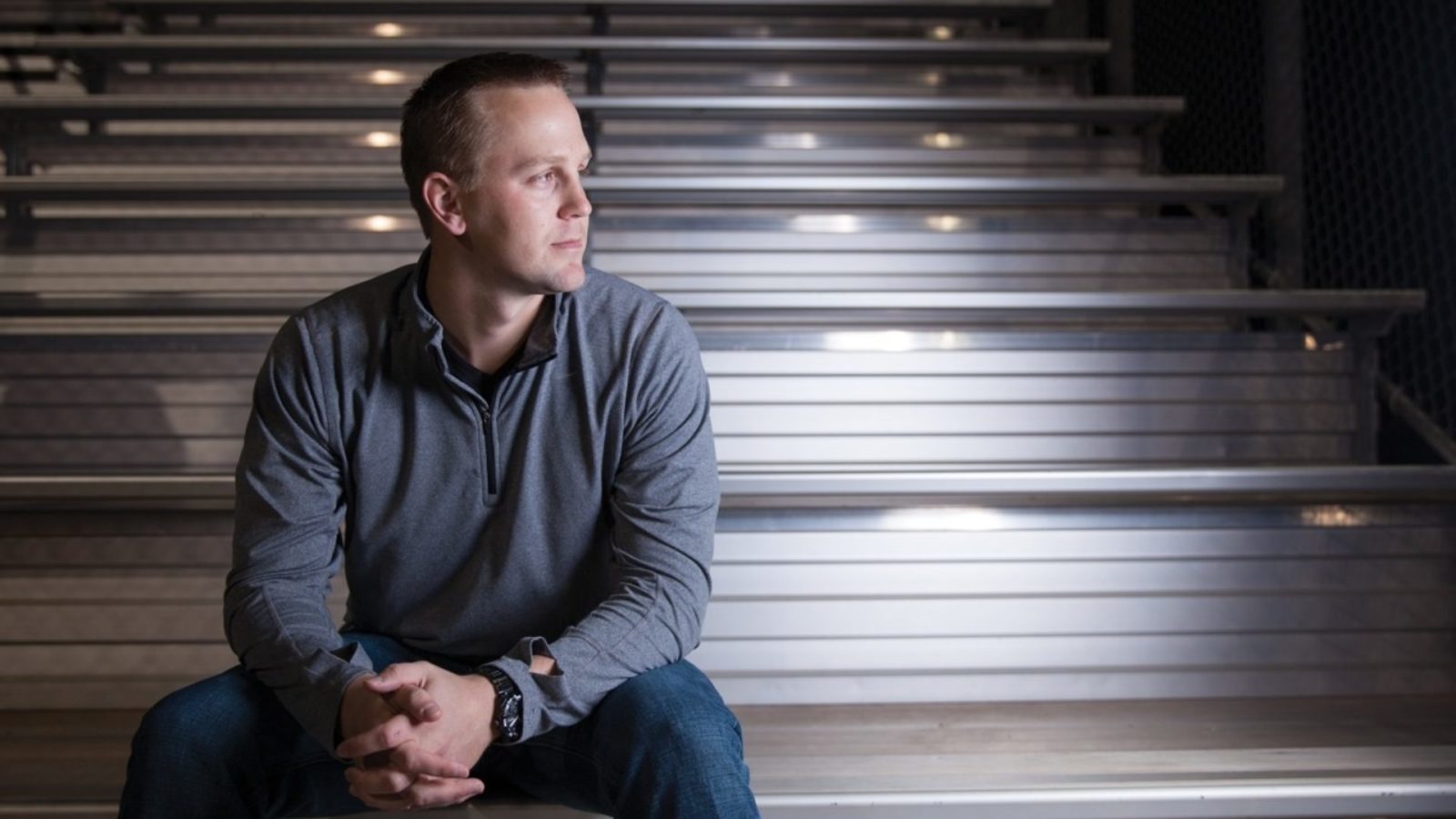 “‘How can God serve and bless me?’ That was my question (it was never the other way around). I kept the Lord in a box. Whenever I needed to perform, I’d call upon Him.” – Travis Latz

“I was the angry guy,” said Travis Latz. “There was a lot of punching doors, throwing helmets and vulgar language as I tried to assert my dominance. As a baseball player, I was known for my focus on performance and perfection. But you can never be perfect at hitting a baseball, so I was always mad at myself.

“‘How can God serve and bless me?’ That was my question (it was never the other way around). I kept the Lord in a box. Whenever I needed to perform, I’d call upon Him. If God ‘blessed’ me, I told myself I’d pay Him back somewhere down the line.

“I continued to apply my performance in baseball to my view of God as I played in college at Texas State, then Richland College and finally Abilene Christian. I really thought that if I did well in baseball I must have favor in God’s eyes. What a skewed view of a relationship with Christ! That way of thinking really hurt me during my first collegiate season when everything came to a head. I wasn’t doing well in baseball, one set of my parents divorced, and my girlfriend broke up with me.

“I realized that I needed a healthier college environment, so I accepted an offer to play at Abilene Christian. When I got there, it was clear that I could either hang with the partiers or the straight-laced kids. I spent time with both groups – partying and taking advantage of women then going to church every Sunday with a hangover from the night before. I thought God would bless me for this obedient act. I was such an idiot.

“My master plan after college was to play baseball until I was 30, then find a wife. If something didn’t fit into that plan, I cut it out of my life. But God began changing my heart when I was playing baseball for a team in Germany, and I got a call that my stepfather unexpectedly passed away. I came home for the funeral and stayed there for a couple of weeks to help my family. It was a really sad time. I never questioned the Lord, but I started wondering what I was doing with my life. I headed back to Germany after the funeral, but God began drawing me to Himself.

“I planned to play ball in Australia when I learned just how much my family was struggling after my stepfather’s death. I needed to come back home for a while to help with my siblings. I can honestly say this was the first time I’d chosen to focus on someone else’s needs rather than my own. I think God used that decision to show me that life wasn’t all about me.

“Moving home after living independently for so long was a big adjustment. Serving my family forced me to wrestle with what it meant not to live for my pleasure all the time. I stopped playing baseball, started a new job and began reconnecting with the woman who would eventually become my wife.

“Knowing what a poor job I’d done in previous relationships, I could either continue my pattern of taking advantage of women or try to have an intentional relationship. So I had the awkward conversation with Brittany and told her that I wanted to pursue her the right way. The Lord showed me the value in choosing the God-honoring route, rather than playing the same old games.

“I moved to Fort Worth for work and started shifting my focus toward getting involved in church. Britt made it clear that she wanted a spiritual leader, and if I wasn’t going to step up, our relationship would not work. So I started plugging in here at Watermark, pursuing Christ and community with other believers.

“I was eventually put in a group and met guys who had some of my same interests and some who didn’t but are still my closest friends. That was my first taste of biblical community. Of course there was a lot of bumbling around at first, but I really saw my faith in Christ and friendships with others grow.

“Pride was, and still is, a big part of me so it’s hard to let people see my sin struggles. But there was freedom I’d never experienced before in being fully known – like the feeling of realizing you don’t have to perform today in order to play ball tomorrow. That freedom has made a difference in how I treat my friends, my family and my wife. I find myself more able to open up because of what I learned from the Lord in community.

“The biggest change in my life came from seeing value in spending time in God’s Word. It’s like I was hungry, and I finally decided to feed myself steak and potatoes rather than dessert. I wanted more of the steak and potatoes of God’s Word! The irony here is that I love dessert, but if you eat it for a meal, you’re never fully satisfied after that moment.

“God has taught me so much in recognizing that I am not meant to be on center stage. Sometimes I wonder if I should still be playing ball. But I know God has protected me from a self-inflicted, performance-driven life filled with disappointment and anger. Today I see the value in sharing the gospel through both my words and my actions. Christ is now center stage in my life, and there is a huge blessing in living on-mission every day.”