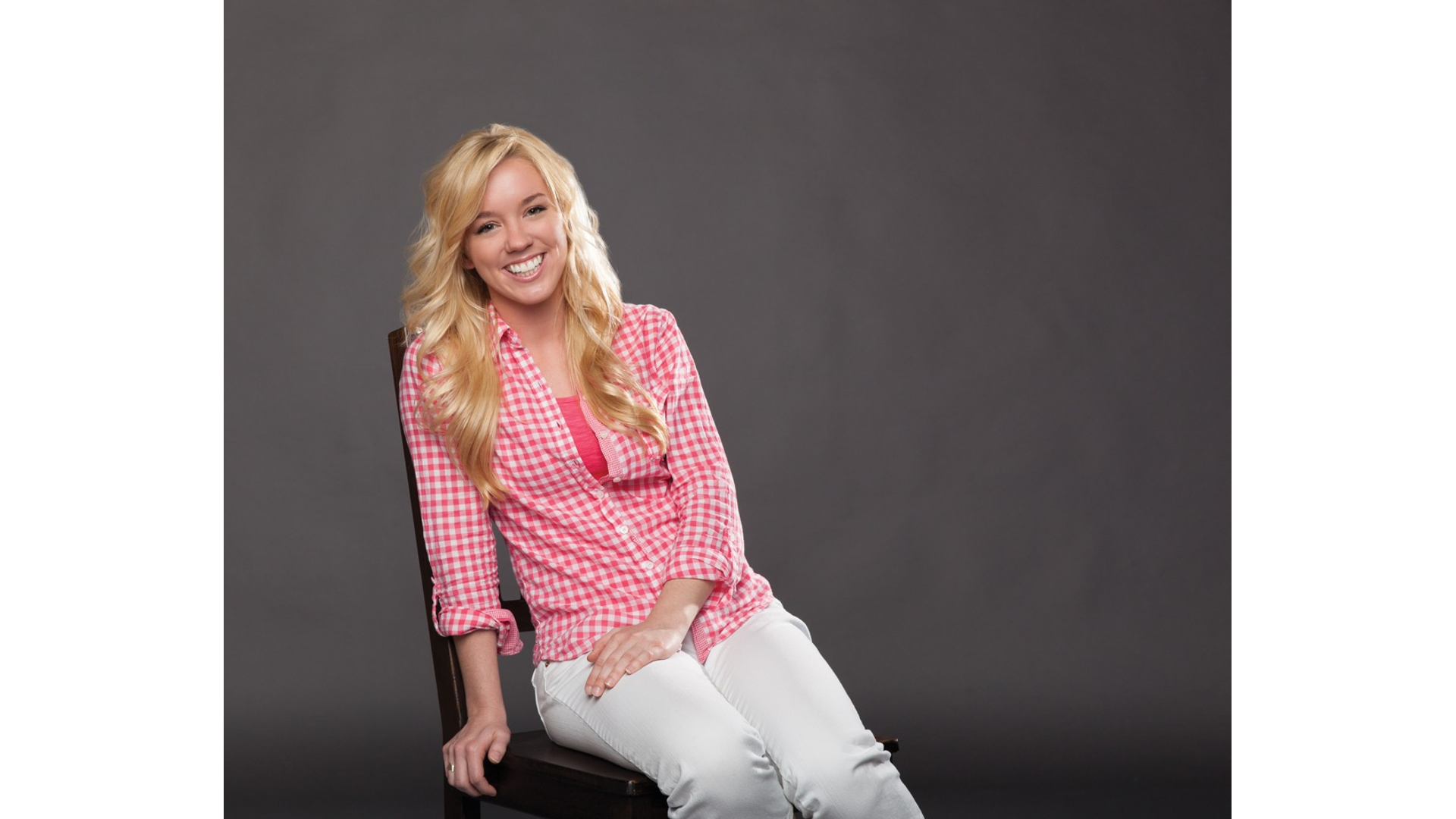 “Life is much more fun now that I’m at the party of the One who gives true life.” – Sylvia McCallum

“I was born in Germany,” said Sylvia McCallum. “My mother grew up in West Germany, and my father (my biggest hero) is an American and was in the military. We moved from Germany to the U.S. when I was four years old.

“When I was five, my parents divorced and I was caught up in a really hard custody battle. For a couple of years we lived with my mother. Later, my father got custody of my older sister and me, and we went to live with him and my stepmom. We went to church with them. I learned a lot about God’s grace and love, but I didn’t learn about the gospel or the consequences of sin. I really thought everyone was going to heaven.

“Because my father is in the military we moved every few years with the Army. I shuffled between Germany, Kansas, Louisiana, Texas, Georgia, Virginia and Alabama before I graduated. My world felt like it was constantly changing. I didn’t even know where to say I was ‘from’ when asked. I worked hard at being good in sports and at school because I thought I could at least control those aspects of my life. Everywhere I went I wanted to make friends as fast as possible and make sure people liked me.

“I felt judged by the people in my high school church youth group, so I hung out with the kids who partied. I cared a lot about being a ‘good person’ but I didn’t know what true goodness was. I viewed God’s Word as irrelevant and outdated and followed my own way of thinking.

“On my 19th birthday, at an outdoor concert with friends, I was part of a group that was arrested, placed in jail and charged with a minor in possession of alcohol. I worried about what the charge would do to my future. But since everyone else seemed to get in trouble in college, I shrugged it off. Looking back, that is more evidence that I had no idea what the Bible said about how I should live.

“After a friend of mine passed away, the shock of that loss prompted me to go to a Bible study. I even went to a Christian conference. But I still had no understanding of the gospel. I thought being nice was good enough for God.

“After college I moved to Dallas to work and be closer to my mother. I lived in a one-bedroom apartment in Uptown. I wasn’t a natural at my software job, so there wasn’t affirmation or fulfillment there. I would get out on the weekends and party with my coworkers, which left me feeling more sad and lonely. I hated living in Dallas because life felt empty and meaningless. It was an awful time.

“A stranger told me about Watermark and the Porch, a gathering of young adults at Watermark on Tuesday nights. On a whim, I decided to go. I found out about the Women’s Bible Study, and it sounded like a good idea to build relationships with other women.

“At Bible study, we went through the book of Romans. That was the first time I understood I was not a ‘good’ person. In light of a perfect God, my good deeds were like filthy rags. I also understood that sin wasn’t a taboo word. We’ve all fallen short of the glory of God. That’s why Jesus laid down His life. I finally understood that Christ is the ‘way, the truth and the life.’

“Everything in my life changed after that. I stopped partying and started plugging in with other believers. I learned how to interact with others and share my faith. I had way more fun spending time with Christian young adults than I ever did with people in Uptown.

“God wanted so much more for me than occasional obedience. God was offering me a real, abiding life with Christ. It’s so great to no longer put Him at the bottom of the priority list and continue to believe that meaning is going to be found elsewhere.

“Another step in that journey of obedience was applying for the Watermark Residency Program. God was changing my heart on how I thought I would spend the rest of my career. In August of 2014, I started the crazy journey of Residency. God used my fellow residents and Watermark leaders to help me know God’s Word better, love the Lord more faithfully and be prepared for whatever God has for me.

“God has given me the gift of a community of friends. I love spending time with them, learning more about the Bible and allowing my life to be informed by God’s Word. It’s great because our commitment to one another is not circumstantial.

“Now I understand that Christ is the key to being content and experiencing true love. He never changes, so I don’t need to try to control or worry about what will happen next. Life is much more fun now that I’m at the party of the One who gives true life.”