Nothing Is Too Big For God 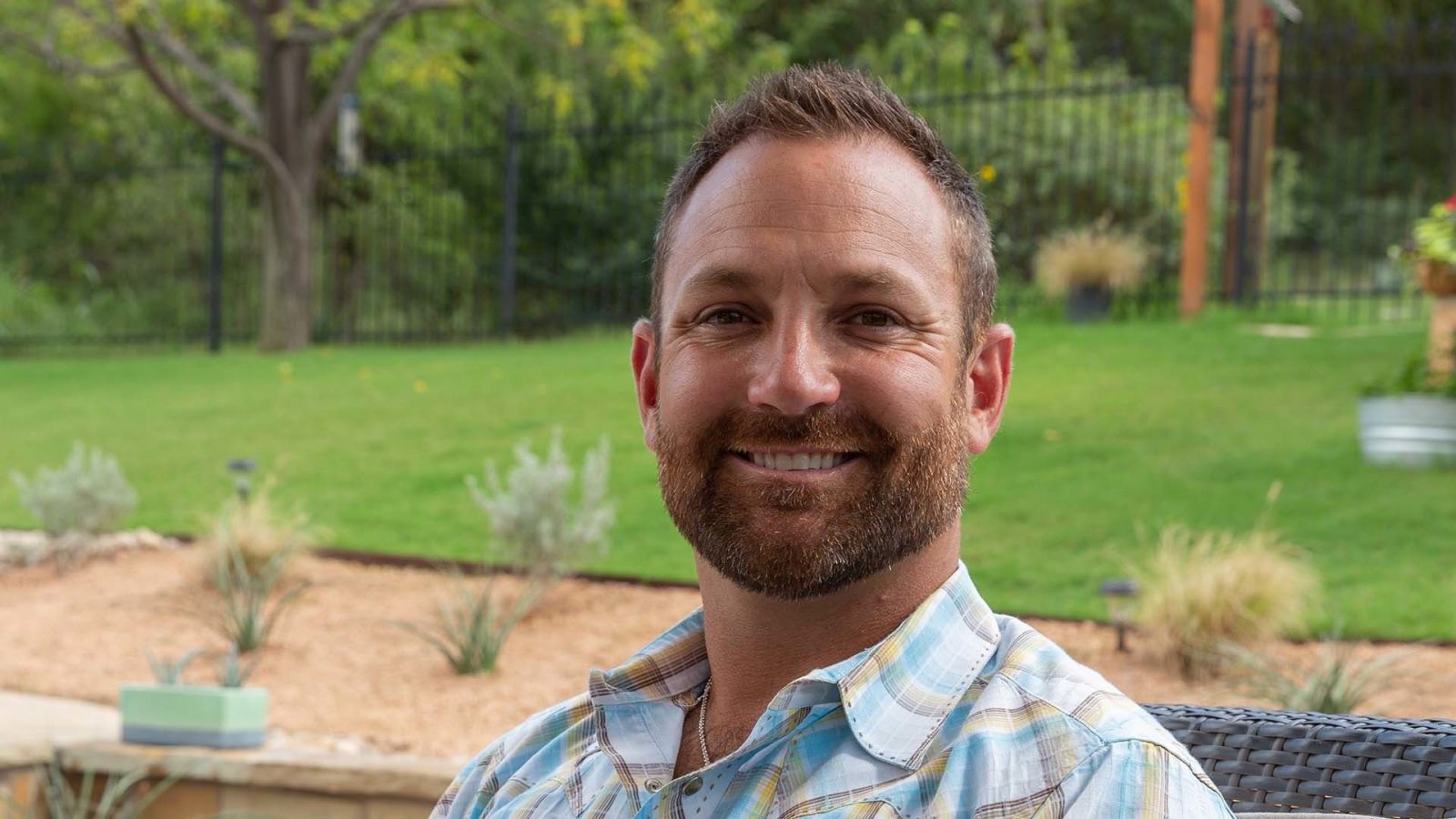 “The joy I have now surpasses everything I ever had in drugs, golf, or fleeting relationships. No matter what we are facing, nothing is ever too big for God!”

“My wife, Valerie, and I were in the driveway of my parents’ home, having the biggest fight of our marriage right in front of our kids,” said Tony Endsley. “I had punched holes in the pantry door, shattered phones on the ground, and screamed so loud that the neighbors called the police. Three days later we were at re|engage.

“I came into marriage without a biblical foundation. Nobody ever pulled me aside and shared the gospel with me, and my family only went to church on Christmas and Easter. By age 14, I lost my virginity and thought I found freedom in alcohol, pot, and cigarettes. That’s what my peers were doing, and though I knew it wasn’t right, I continued down that path.

“I didn’t finish my college degree, and my partying continued as I bounced from job to job from Austin to Little Rock to Hot Springs to Texarkana. One night in Austin, I overdosed and ended up in the emergency room in pretty bad shape. It was a scary experience. I tried to run from that lifestyle by moving in with my parents, but soon I was back in the same game with new playmates doing the same thing. Drugs and alcohol were almost an everyday occurrence for the next year and a half.

“I moved to Fort Worth to start a career in real estate. Although I was still pretty strung out on drugs, I viewed my move to Texas as a fresh start in a place where nobody knew anything about my past. I could be whoever I wanted to be. Nine days after I arrived, I met Valerie (now my wife). Immediately, the lies began. I said whatever I had to for us to stay together. When we started dating, I slowed down my drug use for a while, but it didn’t last.

“We got married in July 2005, and basically lived separate lives. I worked about three hours a day, then headed to the golf course where I would drink, gamble, and smoke pot. She worked all day and then went to yoga class. Once our kids came, I took them back and forth to day care so I could justify the time of being on the golf course most of the day.

“At a 2015 golf tournament in my hometown of Hot Springs, Arkansas, I ran into an old girlfriend and we began an affair. I hid that secret for a month or so, but in the midst of that sin, God intervened. I remember being in the shower one day praying that God would take this sin and temptation away. I had no idea what to do, but I remember telling the Lord that I did not want to be a statistic. The thought of being divorced and splitting time with our kids wrecked me.

“God used my unconfessed sin and the worst fight of our marriage to bring us to re|engage at Watermark Fort Worth. Every marriage testimony we heard and each message on Sundays showed us how broken and far away from God we were. One week at re|engage Valerie and I went through a lesson about the idols in our lives. I had no idea what they were talking about, but it became clear that my idol was golf and the drinking, gambling, and overspending I did along with it. I was convicted to give up golf and my country club membership – a hard thing because my self-worth was wrapped up in it. But, I trusted that the Lord would show me the blessings that would come along with obedience.

“At re|engage, there also was a big emphasis on confession – something I did not want to do. But to my surprise, one night the Lord was so present as Valerie and I talked that I knew it was time. In fact, she even initiated the conversation with her own confession of an extra-marital relationship. Although I hated to hurt Valerie with what I had to say, I trusted God that confession would bring healing. In the end, God used the one thing I thought would break our marriage to set us free.

“Before we came to Watermark I hadn’t really read the Bible, and as I continued to learn more, God gave me a desire to know the truth inside Scripture. What I discovered was that God’s Word lays out wisdom and truth that will stand forever. (Isaiah 40:8) I wrote God’s Word on my heart and used it as a weapon to fight temptation. Before that I’d always done things on my own, and I found such freedom in knowing that I wasn’t meant to fight my battles without the Lord. I’d made every bad decision under the sun, and the Lord had sent Christ to pay for those sins and help me live an abundant life.

“If I were talking to a couple in the same place we were years ago, I’d want to tell them that God is not here to rip you off; He’s here to set you free. You won’t understand or experience that freedom without fully trusting, submitting to, and following Jesus. The joy I have now surpasses everything I ever had in drugs, golf, or fleeting relationships. No matter what we are facing, nothing is ever too big for God!”