I Wouldn’t Change A Single Chromosome 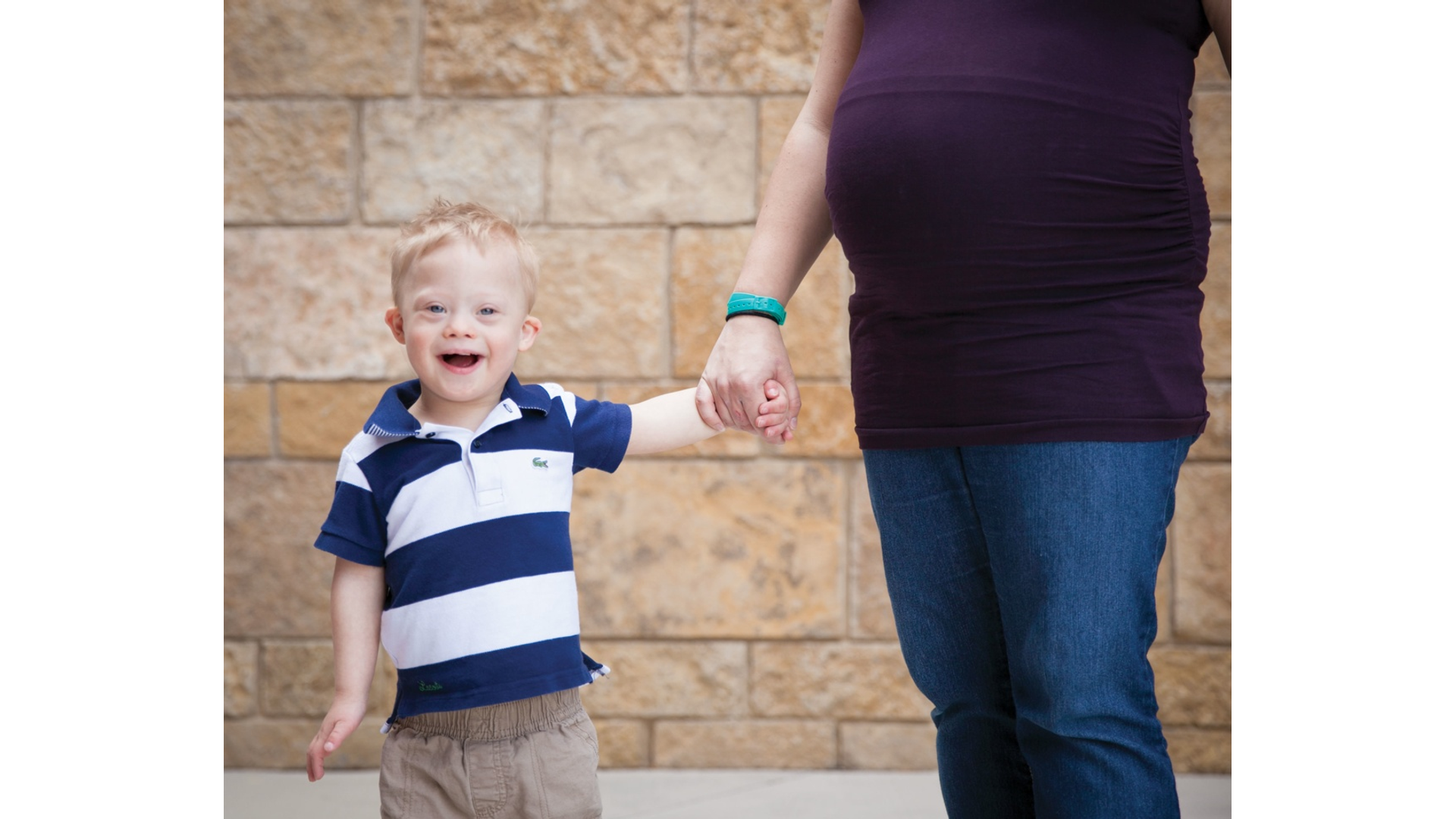 “The last thing you want to hear from a doctor when your baby arrives is, ‘I’m sorry.’” – Abbie Smith

Just days away from delivering their second child, Abbie and Rick Smith couldn’t help but reflect on the birth of their first son, Noah. Rick thought back to praying with his wife the night before Noah’s birth. “I remember thanking God for giving us a ‘healthy child.’ I didn’t know if I would be able to handle having a child with special needs. Little did I know what would happen the next day.”

First-time parents, the Smiths didn’t know what to expect when they entered the labor and delivery unit in 2010. They snapped a photo of their last moments as a family of two and waited for Noah’s arrival. But when Noah was born the room suddenly fell silent. The doctors exchanged glances, gave Rick a quick look at his son and rushed Noah out of the room. After an anxious, four-hour wait, a doctor deliveredthe news that changed their lives forever: Noah was born with Down syndrome.

“The last thing you want to hear from a doctor when your baby arrives is, ‘I’m sorry,’” said Abbie. “I knew instantly some of the challenges a child with Down syndrome would face. My heart hurt for his future. In that moment, I needed to hear hope and encouragement from somebody, rather than, ‘I’m sorry.’”

Up and down the halls of the hospital, Rick could hear families celebrating new lives coming into the world. Things were different for him. “In my mind, I already mapped out my imaginary child’s future – from what he’d look like to where he would go to college. Down syndrome forced me to grieve the loss of my imaginary child, and entrust Noah to God.

“We didn’t know what God had in store”

The Smiths adjusted to life with a newborn, balancing Noah’s frequent visits to the doctor and physical therapy. Initially, they wondered if their family might seem different from others.

“I worried that our family would never be normal,” said Rick. “It turns out it very much is. We just have a new normal, and it’s ok. Noah laughs and plays just like every other kid. I’m continually surprised by just how fun and typical Noah has become. Every child is unique. Their worth is determined by who they are, not what they do.”

But the Smiths also learned just how atypical the world thinks Down syndrome is. Nine out of ten babies are aborted following the prenatal diagnosis of Down syndrome, making a mother’s womb the most dangerous place on earth for a child like Noah. That shocking statistic moved Abbie and Rick to start a blog, noahsdad.com, to share their story. What began as an effort to bring hope to families who have received a Down syndrome diagnosis has turned intoa global, online community reaching millions of people a month.

“The Lord didn’t need Noah to be perfect to use him,” said Abbie. “All children are made in God’s image and have value. Through the blog, we’ve been able to advocate for the cause of life and encourage other families raising children with Down syndrome. Noah’s short life has impacted more people than we thought possible.”

“God meets us right where we are”

In 2013, when the Smiths learned they were expectingtheir second child, that’s when the questions began. Are you doing prenatal testing? Will your next baby have Down syndrome? The answers remind Rick and Abbie how much God has taught them through parenting Noah.

“We didn’t do prenatal testing,” Rick said, “because we know the story God is writing for our life is so much better than any we could write ourselves. We have a son whowe love and who God is using. I wouldn’t change a single chromosome on our son because Noah is God’s workmanship.”

A couple of weeks ago, the Smiths gave birth to their second son, Jaxten. Noah loves his role as big brother, and Rick and Abbie are thankful for another opportunity to rely on God to meet the needs of their growing family.

“People often say that God doesn’t give you more than you can handle, and that’s just wrong,” said Rick. “God often gives us more than we can handle so we have no other choice but to rely on Him. God can alter our story in a heartbeat. Through being Noah’s dad for three years, I can say with confidence that during times of uncertainty, God meets us right where we are.”