THERE WERE LOTS OF TEARS 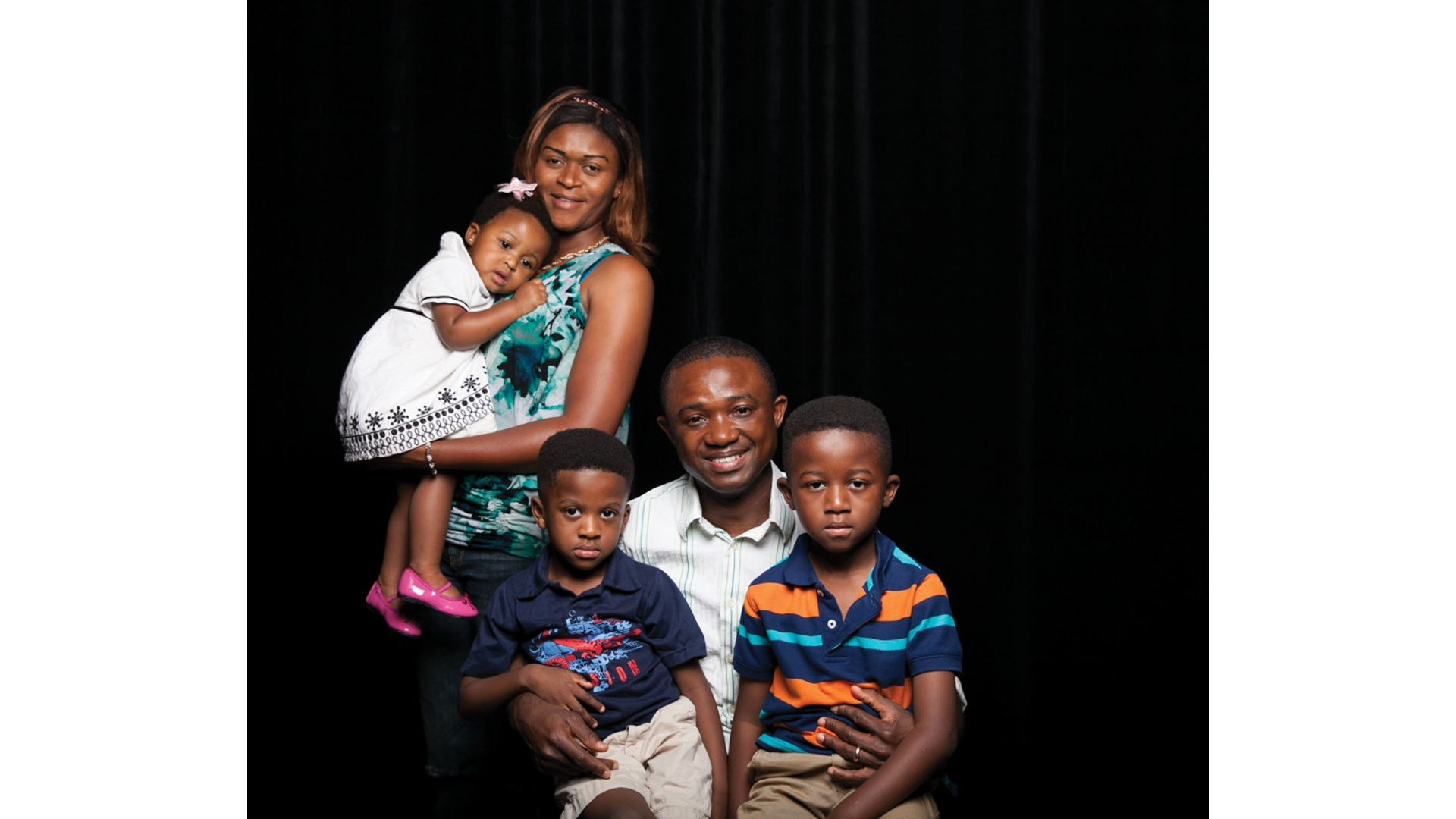 “I was scared, knowing someone could come into our home and harm us and our baby.” – Nadege Falay

Alone and terrified in her home in the Democratic Republic of the Congo, Nadege Falay waited. She hadn’t heard anything from her husband, Robert, for five weeks. Robert, a young Congolese attorney, had been taking on human rights cases against national politicians and warlords. He was frequently featured on radio and newspapers as a spokesman for the oppressed in Congo, which is considered the rape capital of the world. His work for justice had been rewarded by four stints in jail, torture by his captors, death threats and an assassination attempt.

Nadege knew Robert’s work as a human rights attorney was dangerous. “One day, I heard Robert on the radio talking about a case against a mining company that was supported by the president of Congo. I knew that the government was listening too. I was scared, knowing someone could come into our home and harm us and our baby.”

Nadege was five months pregnant with their second son when Robert disappeared. Through some friends, she learned that Robert had been jailed and then secretly released and was fleeing the country for asylum in the United States.

“They warned me to never open the door for anybody,” said Nadege. “One day, two policemen and three other men pushed the door in, searching for my husband. They put a gun to my head and tore my clothes off, beating and physically abusing me. They said if I didn’t reveal where Robert was, they’d kill me. I did not tell anyone about what happened.”

“After the men left, I was angry, and I knew I needed to pray. After our son was born, I kept reading my Bible and praying constantly. I prayed not for me, but for my sons, essentially giving them up to God. I asked the Lord to please let their dad be with them. I didn’t care where I had to go.”

As Nadege waited, Robert was in the U.S. His asylum application was pending, so he could not work. He survived on food from local pantries and a $50 grocery gift card from the Human Rights Initiative of North Texas. When Robert was granted asylum he could not find a job utilizing his skills as an attorney. Working for minimum wage as a janitor, Robert lived on $50 a month (after rent) and sent the rest to Nadege. While his circumstances were grim, Robert started to find hope. Through his case lawyer, Robert was connected with some attorneys from Watermark who began to disciple him. In the summer of 2012, Robert understood the gospel for the first time and trusted Christ as his Savior.

Robert told the men who discipled him about his life in Congo and that he wasn’t able to get his family to Dallas. Nadege didn’t know English and had never been on a plane before. The logistics of getting the family out of Congo seemed impossible.

Against all odds, his family’s asylum application was granted months sooner than expected. The men who’d been discipling Robert swung into action, donating the funds for plane tickets and making arrangements for a team from Watermark that was headed to Africa to meet Nadege at the airport and travel to Dallas with them.

Getting out of Congo wasn’t easy. “The government tried to keep me from flying out and took my passport,” said Nadege. “They said they had to notify the Chief of Police because my name was flagged. They also accused me of trafficking my children. Fortunately, my dad worked in customs in another part of the country. He told the authorities to take him and to let his girl go! It was like a dream to finally fly out of the country.”

With only a picture of Nadege in hand, the Watermark team spent a frantic hour searching the Entebbe airport for Nadege and the boys before finding them as they waited to board the plane. Reflecting on the journey, Nadege said, “Seeing the ocean for the first time strengthened my faith. I thought if God’s able to create all of this, He must be really big.” Upon arrival in Dallas, Nadege remembers, “a sea of white people met us when we came through customs. I hadn’t seen Robert in two years. He had never met our youngest son. There were lots of tears.”

An apartment, stocked with food, clothing and essentials, was set up for the Falays by a group of Watermark families. Other families donated a used car. But while Naedge’s new life in the U.S. was a big change, she noticed the biggest difference in the life of her husband.

“I grew up in a works-based theology,” said Robert. “I didn’t know that I was saved by grace through faith in Christ. I learned that God loves us by His own mercy. I had been a controlling husband, a cheater and a partier. I didn’t know how to care for my wife. As I learned how He wanted me to live, God made me a different person.” Today, Robert works as a paralegal, and Nadege is busy taking care of their two sons and 10 month-old daughter. They remain involved at Watermark and connected with those who encouraged them along the way.

“God’s people at Watermark are always there with me,” said Robert. It’s just amazing! I struggled with forgiveness for those who had sinned against me. But I must forgive as I want to be forgiven. Anyone in Christ is a new person. The old is gone and the new comes out.”

The post THERE WERE LOTS OF TEARS appeared first on Watermark Community Church Blog.