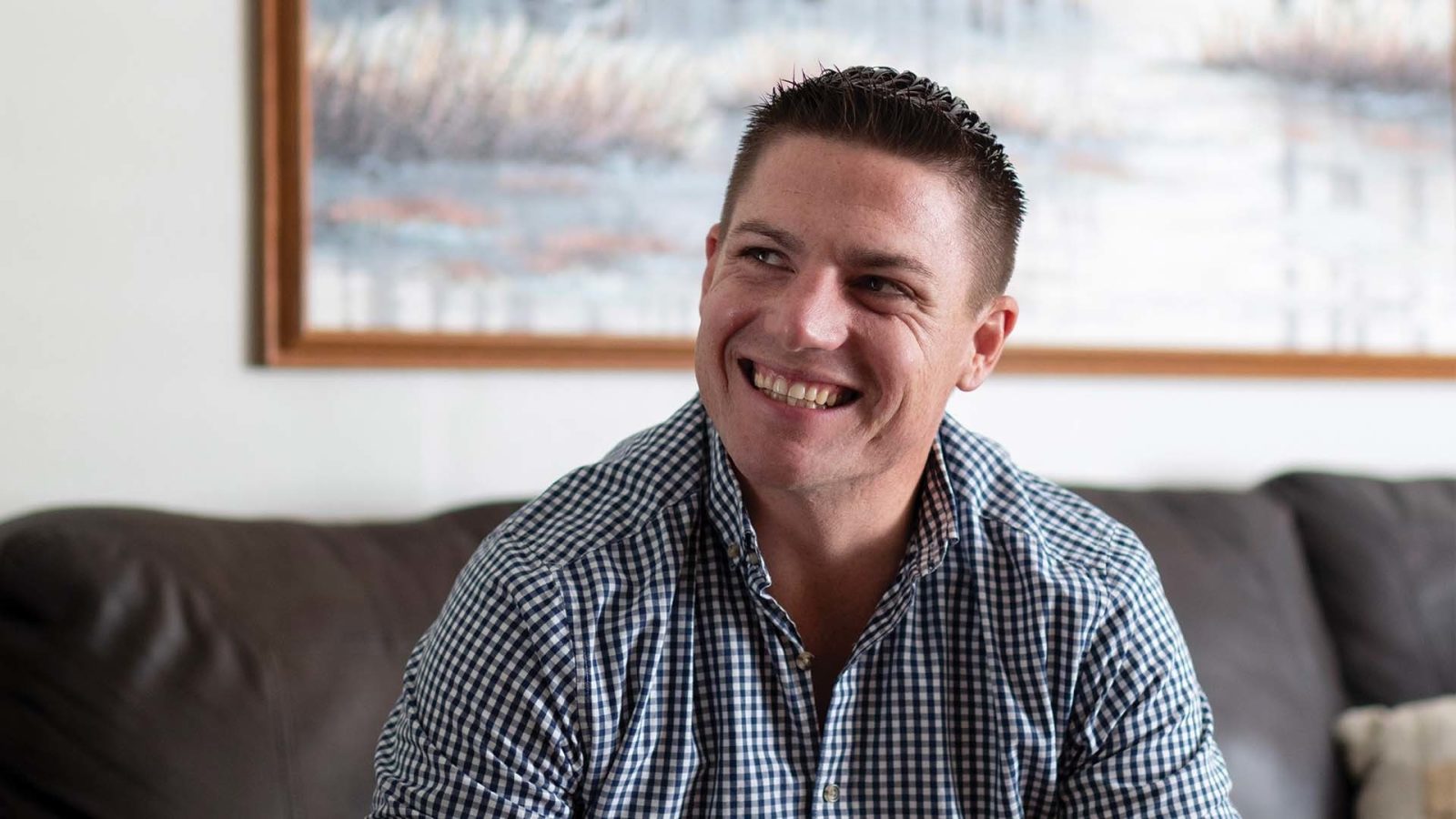 “In a matter of three weeks, my employer asked for my resignation; the lease ran out on my house; and I couldn’t afford the payments on my truck and had to sell it. I didn’t even have a place for my dog and had to give him up. My life sounded like a country song.” – Brooks Scoggin

“I remember sitting in my car in front of a friend’s house with a loaded gun in my mouth,” said Brooks Scoggin, “wondering why I felt so worthless. I thought a new truck and the job that paid me more money than I’d ever made in my life were going to make me happy. The truth is, it all left me feeling empty and alone. I sat there at absolute rock bottom wondering why I should keep living if nothing could ever make me happy.

“My Daddy is my daddy because he raised me; my biological father left when I was an infant, and we have never met. Growing up in small town East Texas, we went to church because that’s what you were supposed to do. In high school, it started to sink in that faith was more than going to church. It was about a relationship with Christ, and I put my trust in Him and was baptized.

“After high school, there were two things I wanted to do: play college football and go to Texas A&M. I was too short and slow to play for the Aggies, so I played for a small school in Arkansas and transferred to A&M later. I met a community of believers in Arkansas,but after I moved to A&M, I didn’t find community with guys who would point me toward Christ. I thrived off of the spiritual high I got working at Kanakuk in the summers and spiritually limped through the school year. “Things started to change emotionally and spiritually when a girlfriend and I crossed some physical boundaries that really rocked my faith. I began a cycle of sin, brokenness, repentance, and restoration that continued on for the next several years.

“After grad school and a year at the Kanakuk Institute, I moved to Big D; just a good ol’ East Texas boy looking for a job and sleeping on a buddy’s couch. I took a straight commission apartment sales job and then got a paying job with a real estate developer in Fort Worth. Things were alright at first, but I started to feel insecure about not being married. I started dating a girl I met in a bar, and soon we were living together. I knew what God’s Word said about purity, but I justified my decisions so I could do what I wanted. When that relationship ended in a broken engagement, I was distraught.

“I poured myself into work and going out to bars and running up $100 tabs for people I didn’t know. I got into debt buying a big truck that you could hear coming from a mile away. So now I had the job and the truck that I thought would make me feel worthy, but something was still missing.

“I never expected the bottom to drop out of my life, but in a matter of three weeks, my employer asked for my resignation; the lease ran out on my house; and I couldn’t afford the payments on my truck and had to sell it. The girl I was going to Merge premarital class at Watermark with broke up with me. I didn’t even have a place for my dog and had to give him up. My life sounded like a country song.

“I’d been in re:generation (Watermark’s biblical recovery ministry) for just a few weeks when I found myself with a loaded gun in my mouth. At the height of my depression, I remember having an index card I’d pull out to remind myself of the truth of God’s Word. The card said,‘You are loved, worthy, forgiven, accepted, complete, and free in Christ.’Believing those words saved my life.

THE BEST THING THAT EVER HAPPENED TO ME

“Turns out losing my truck, job, girl, and money was both the worst and the best thing that ever happened to me. The Lord used Watermark’s re:generation ministry to reveal some deep-seeded sin struggles and thought patterns that had to change. Because my biological father had abandoned me, I didn’t trust God and thought I was unwanted and unloved. When it came time to inventory the people I’d hurt and had been hurt by, I put both God and myself on that list and filled up a page talking about my anger and self-hatred. I came to realize that all of the worldly things I thought I wanted were just futile efforts to heal those hurts. God used all of my mistakes to show me the lies I believed about Him and the truth that would set me free.

“The Lord took away every worldly thing I thought I wanted, and in return, I got peace, joy, contentment, and the promise of eternal life through Jesus Christ. He also brought back that cute girl who broke up with me. AnnaChristen and I have been married for just over 23 months now. We’re involved in a great community group and both serve here at Watermark. I love the opportunity to minister to single guys who are in the same place that I once was. It’s a privilege to tell them that they can stop searching for significance in the empty things of the world and live in freedom, because Christ has paid for their sins with His life. It’s amazing to invite others to the exciting adventure in Christ that I am on.”