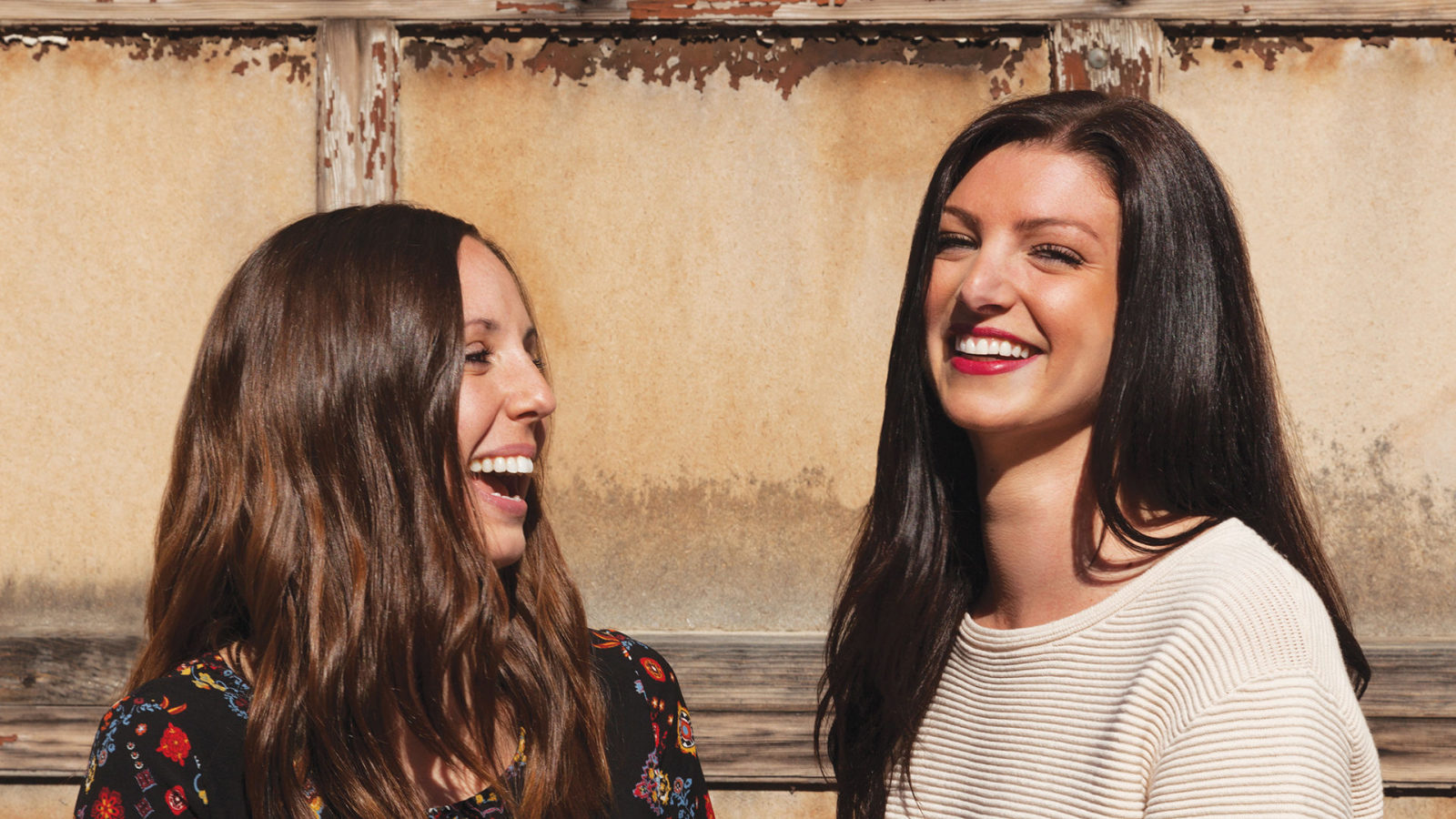 “Lost and ridden by guilt and shame, I was powerless over my addictions. I could only overcome this battle by His strength. My true need was not gaining control but relinquishing it.” – Natalie Gossett

“I am a firm believer that the Lord turns our ‘mess into a message,’ magnifying His power to bring Him glory,” said Natalie Gossett. “I witnessed this firsthand at The Porch back in 2014 when Lindsey Fowler boldly shared her story. Placing her identity and worth in a previous relationship left her broken and lost once it ended. Her deep-rooted joy was evident as she spoke, and I longed for the freedom she expressed. Christ brought her out of a dark season of depression and hopelessness, and her life was forever changed. Her story reached my heart because it was similar to mine, except I was still in bondage to my relationship. I had placed my identity in everything other than Jesus Christ.

“My struggle with fear and control began at a young age when my parents divorced. I realized this drastic change of lifestyle was completely out of my control. In an attempt to find my worth, happiness, and satisfaction, I sought the approval of men, resulting in ‘on again, off again’ relationships. My life was driven by fear and self-doubt. I was constantly perfecting my appearance and performance to win the approval of others.

“At the cost of my relationship with Jesus, I would go to any length to gain approval of others, sacrificing what I knew was true. I eventually turned to body image and managing food intake as a means of taking control of some aspect of my life. What started out as making minor changes in diet and exercise quickly spiraled into self-obsession and starvation. I was dissatisfied, even as the weight rapidly dropped off. The condition of my health continued to decline, and I quickly realized that I wasn’t controlling anything. Anorexia was controlling me.

“I viewed my eating disorder as a way of life, failing to recognize it as evidence that I needed God’s presence. There didn’t seem to be enough room in my heart for both my eating disorder and my Heavenly Father. Lost and ridden by guilt and shame, I was powerless over my addictions. I could only overcome this battle by His strength. My true need was not gaining control but relinquishing it. I didn’t need therapy, recovery steps from a doctor, or a three-month long rehab program. I needed a Savior to save me for eternity. That is exactly what Jesus did for me. (Psalm 116:6)

CHRIST HAS WON THE BATTLE

“When I visited The Porch in Fort Worth, I was in a miserable relationship that I knew needed to end, but I was fearful of what life would be like without him. The words I heard Lindsey speak that night let me know that I was not alone. It took me six months, but I finally ended the relationship and reached out to Lindsey for help. I needed truth and that is exactly what she pointed me to. When I think of all God has done in my life since we had that first cup of coffee, I am in awe of the Lord’s sovereignty, faithfulness, and the truth behind Him using others to reach and transform hearts.

“I didn’t know anything about biblical community before coming to Watermark. Today Lindsey and I are in the same community group with five girls who continually point each other to truth. The Lord never intended for us to go through life alone. Every time we meet I am reminded that I am not alone in my weaknesses and that confession and accountability aren’t meant to flaunt our sin but to magnify God’s grace. Community is the sweetest gift, and life truly is better together.

“I’ve also taken part in re:generation, Watermark’s biblical recovery ministry – first as a participant and now as a leader. The first year I spent in re:gen was such a healing time for me as I shared my story and processed my life with others. God used it to reflect His goodness and power and put new desires in my heart, allowing me to see myself more like He sees me. Because of Christ, my past no longer defines me. My identity isn’t found in my relationships, body image, or what others think of me. It is found in Christ alone.

“I used to fear what I would lose if I repented and left my old ways behind. God changed my life, and I went from being far from Him and enjoying sin to hating it. The Lord wanted so much more for my life than what I was choosing. Life is found in pursuing righteousness. Christ has taught my heart to delight in Him, which is the only place that freedom and joy are found. My life has been transformed by the saving power of Jesus Christ.”