I Am Not Afraid 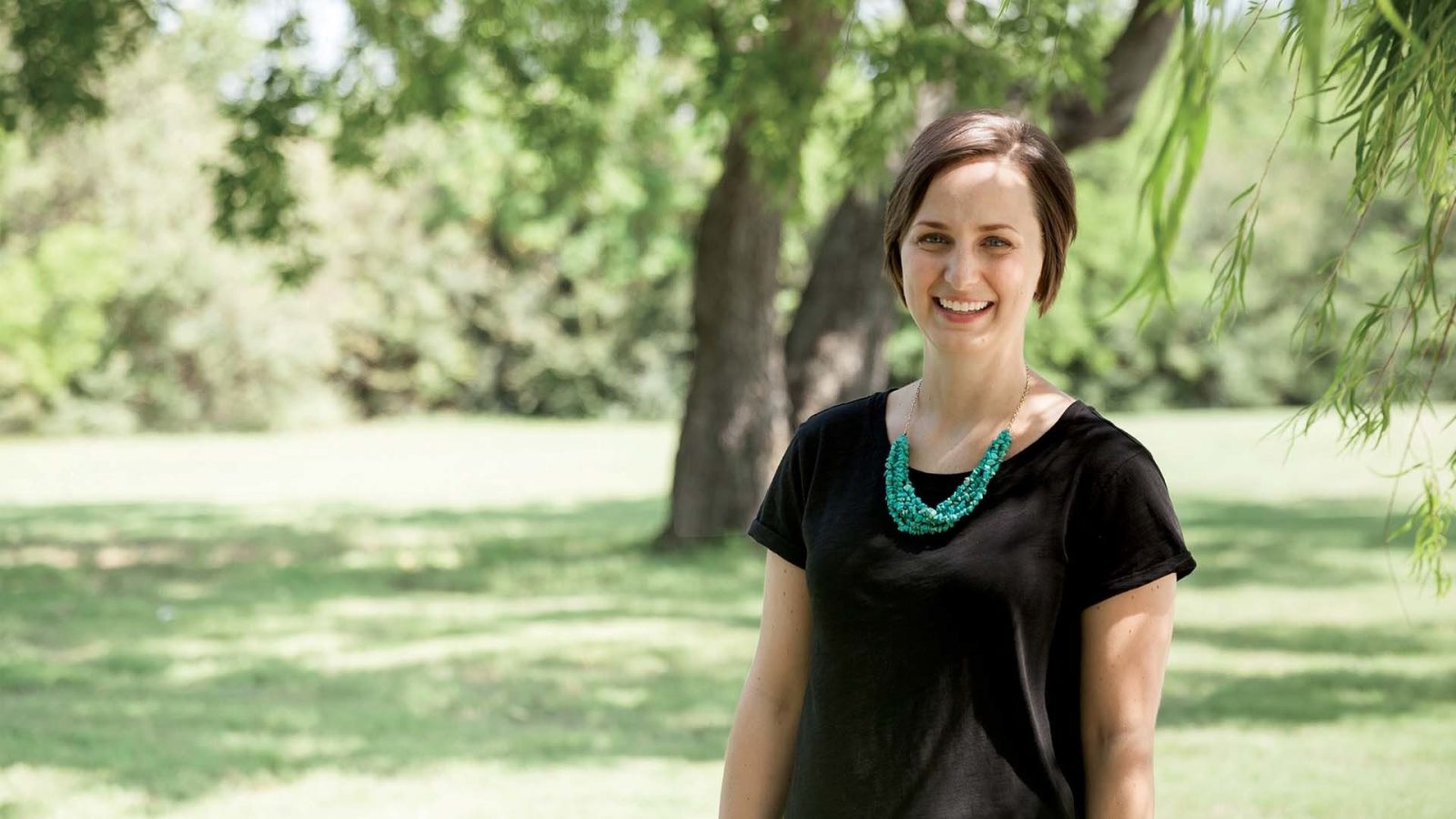 “People asked me if I was scared of dying. But I am not afraid now, and I wasn’t afraid then…I was surprised that the cancer had returned, but I could rest confidently in the fact that the Lord was not surprised. Because I knew He was 100% in control, I didn’t get weepy or scared.” – Holly Thames

“In this world, we are going to have trouble. John 16:33 makes that clear,” said Holly Thames. “I say that all the time to the high school girls I have the privilege of discipling through Watermark Student Ministries. Over the years, God’s Word has taught me that the time to prepare for a crisis is not during the crisis. The preparation has come through God building a foundation of faith in my life through prayer and time in His Word. Time spent abiding with Jesus helped me be prepared when I heard the three words that would change the last five years of my life: ‘You have cancer.’

“Faith in Christ changed both the way I responded to my cancer diagnosis, and the trajectory of my life when I trusted in the Lord in junior high. Back then, I was a rebellious young girl looking for value in relationships and alcohol, and of course, never finding it. A Young Life leader took me under her wing and showed me that God was not some historical figure. He is a living God whose grace is available to me through the sacrifice of His Son, Jesus, for my sins. The Lord’s love changed my life by making it meaningful and allowing me to live for a purpose bigger than myself. No matter what came my way, I learned early on that this life was not about me. It was about God’s glory.

“Six months before my diagnosis I remember saying, rather flippantly, to friends in our community group that sometimes I wished that God would put me in a place where I had no choice but to fully trust Him. I wanted to know what it was like to rely on Him alone. Not long after that, I was diagnosed with cancer at 23 years old. I was just about to find out what it was like to depend solely on God for my life and my strength. Rather than traveling, buying our first home, or doing other things most newlyweds do, I would begin treatment for Hodgkin’s Lymphoma.

“My husband and I had great support from our community group as I walked through months of treatment. In November 2013, I was declared cancer-free. The chance of relapse was less than 10%, and there was no indication that my cancer would return. I’d always had confidence that the treatment would be effective, and was thankful that God helped me trust Him, one day at a time, throughout the process.

“For the next couple of years, my husband and I continued to serve the kids in our Watermark Student Ministries small groups. I met those girls when they were in 6th grade and have loved walking with them as they’ve grown up into high schoolers. But then after spending two years cancer-free, we found out the disease had returned and I would fight it a second time.

“After the second diagnosis, people asked me if I was scared of dying. But I am not afraid now, and I wasn’t afraid then. God had been faithful to me, so there was no reason to think that He would stop. I think the biggest thing God did for me as the treatment began again was increasing my faith and love for Him. I was surprised that the cancer had returned, but I could rest confidently in the fact that the Lord was not surprised. Because I knew He was 100% in control, I didn’t get weepy or scared. I knew we were going to do this treatment and trust God every step of the way, no matter what the outcome would be.

“This treatment was much more difficult. I had a stem cell transplant, using my own cells and high doses of chemotherapy. I was in an isolation room in the hospital for weeks while the doctors took down my entire immune system and reintroduced clean stem cells. It’s easy to grow weary being in and out of the hospital as much as I was during treatment, but my strength or faithfulness to God had no bearing on His faithfulness to me. God gave us what we needed to get through each minute, each day, and each week.

“It would be impossible to go through a fight with cancer and not have a change in perspective. For me, I see planning for the future in a totally different way now. I’m not interested in the ‘five-year plan’ we hear so many people in their 20s and 30s talk about. I know with great certainty that God is absolutely in charge of my life, and that His plan is better than any plan I might make for myself. God gives good gifts, and whatever picture I might have of what my life should be pales in comparison to the life God has in store. So, my five-year plan is to take whatever ‘next step’ God has planned so I can remain faithful to Him.”

Interested in making an eternal impact on the next generation of Christ-followers? Find out more about becoming a leader in Watermark Student Ministries by contacting Anne Marie Mason at AMason@watermark.org.