How to Speak Up in a Cancel Culture

Have you ever been reluctant to speak up on a topic for fear of being “canceled” by friends (or, similarly, afraid they would judge you for not speaking up)? Or, if you are someone who does openly speak your mind, are you constantly experiencing arguments, pushback, or misunderstandings as a result?

Using the “power of the tongue” wisely has always been a challenge (Proverbs 18:21). It is even more difficult in today’s world, where online apps can amplify your voice while distancing you from the people you are talking with. How can we, as Christians, use our voices for good in a world of social media, misinformation, and “cancel culture”?

The book of Proverbs has a lot to say about how we should communicate. Though it was written almost 3,000 years before smartphones and trending topics, it is perhaps even more relevant in today’s information age than in Solomon’s time.

Here’s how you can use the wisdom of Proverbs to guide how you speak, whether online or off:

“A truthful witness saves lives, but one who breathes out lies is deceitful.” (Proverbs 14:25)

At first glance, this is preschool-level stuff: don’t lie. Lying is a sin. Speak the truth instead (Ephesians 4:25).

However, to speak the truth, you must know the truth. One problem in today’s information age is that people often “breathe out lies” that they wrongly think are true. If something fits with your preconceived narrative, then you want it to be true and might assume that it is true without bothering to check. So, speaking the truth requires you to:

Speak Out of Love

“Better is open rebuke than hidden love. Faithful are the wounds of a friend; profuse are the kisses of an enemy.” (Proverbs 27:5-6)

Speaking out of love means having the right motivations. You should sincerely seek the best for those you are speaking to. For example:

Think Before You Speak

“The heart of the righteous ponders how to answer, but the mouth of the wicked pours out evil things.” (Proverbs 15:28)

It’s worth noting that being slow to speak doesn’t mean you never speak. Sometimes love will require you to speak up to others (Proverbs 27:5-6) or for others (Proverbs 31:8-9). For some people, the takeaway from Proverbs will be that you should speak more, not less. You just want to be wise in how you do speak up, by speaking the truth, speaking out of love, and thinking before you speak.

If you would rather have all this in a handy checklist form, here are the same points condensed into questions you can ask yourself when considering how or when you should speak up:

Am I thinking before speaking? (Proverbs 15:28)

How to Break Bad Media Habits

Watermark Community Church • Aug 28, 2020 • 7 min
Is your media consumption helpful or harmful to your life? Here is how to tell if you have a problem, and how to break bad media habits. 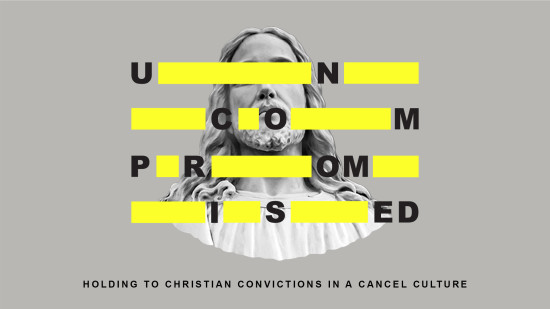 10 Ways to Live for Christ in Cancel Culture

Nov 22, 2021 • 6 min
In an increasingly divisive world, how can Christ-followers stand firm in their faith? Here are 10 ways to remain uncompromised in a cancel culture.