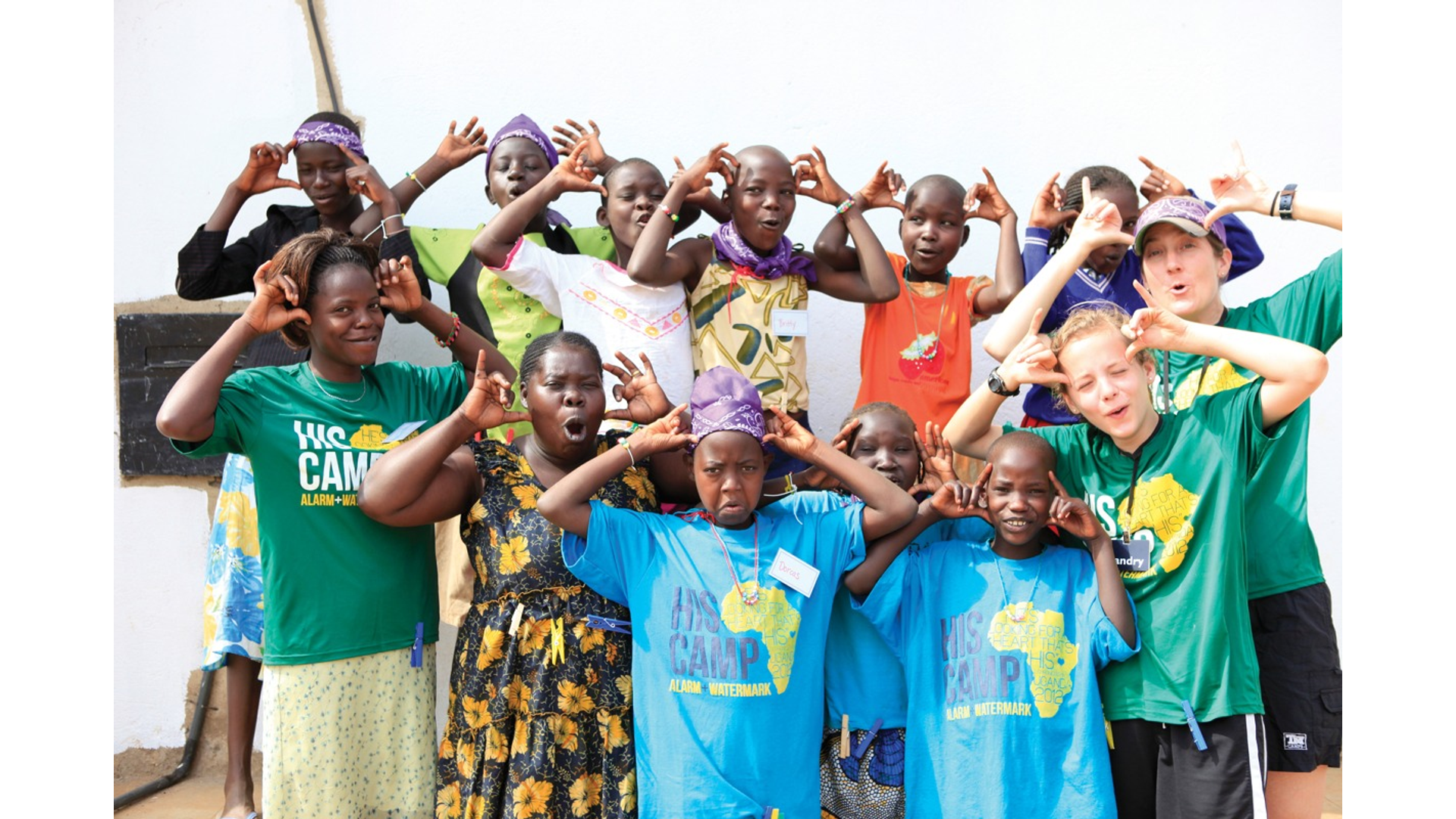 “For each letter that’s written, each nugget of truth that is shared, each prayer that’s prayed – all of these things are reminding a child that they are valuable, loved and not forgotten.” – Suzanne Sanderson

“My first reaction to the invitation to go to Africa for 12 days was a very quick, ‘No,’” wrote Sarah Fifer about her trip to Uganda this past January to help lead a kids camp Watermark was sponsoring in partnership with African Leadership and Reconciliation Ministries, or ALARM. “I have a job, two kids, a husband and a house t o take care of… and apparently some serious control issues. The Lord has taught me so much in the last four months about letting go of control and obeying Him even when I can’t necessarily wrap my brain around how it’s ‘all’ going to get done. I just need to take the next step that He asks me to take in faith.

“The mentors I worked with were so appreciative, and I honestly didn’t feel like I had that much to offer them. But, again, God is teaching me that, most of the time, it’s just showing up and being there, sharing life with them instead of feeling like I have to have all the answers BEFORE I love someone well… No, I just need to step out in faith, show up and let God love through me. He knows what they need (and what I need), and He will provide it!”

Over the past seven years, Watermark has partnered with ALARM to support more than 700 orphans in war-torn areas of northern Uganda and in the capital city of Kampala. This monthly financial support from Watermark members pays for school fees, books and school uniforms. It also provides a monthly food allowance for all the children in the program and an adult mentor to connect the child to a local church to shepherd and disciple the child and provide counseling, trauma healing and training on purity, hygiene and conflict resolution. Most of the children have lost at least one parent; some have lost both and are living with relatives or in child-headed homes.

In 2012, Watermark partnered with ALARM to pilot “His Camp” in Uganda for about 300 of the ALARM orphans. The camp was led by a team of 22 Watermark members in partnership with the ALARM staff and mentors and was a huge success. But, as the ALARM and Watermark teams evaluated the camp, they realized it would be even more effective if kids learned of God’s love for them from their mentors rather than the Watermark team. So, when the Watermark team traveled to Africa in 2014 for “His Camp,” they implemented a different plan. After being trained and prepared in Dallas, the team headed to Pader, Uganda. For the first three-days the Watermark team discipled, trained and prepared mentors to lead the camp before the children arrived.

“On the day the kids arrived, our team transitioned into a coaching roll and watched the mentors lead camp without any cultural or language barriers that we experienced in 2012,” said Kyle Kaigler, Senior Director of Family Ministry at Watermark. “2 Timothy 2:22 says, ‘The things you have heard from me in the presence of many witnesses entrust to faithful men who will be able to teach others also.’ My experience over years of similar trips is that you rarely get to see this verse played out over a short period. I have been on many trips where seeds were either planted or watered or harvested, but over these two weeks, it was a privilege to see each component of 2 Timothy 2:22 lived out.”

Having the mentors lead in 2014 not only changed camp, but also the monthly interactions during “Center Days.” During Center Days, mentors meet with the children to continue these discipleship relationships. After camp, one of the mentors said, “We have been boring the kids to death by our so called teachings! Now I will make my kids love the Word of God, have fun and enjoy Center Days because my teachings are going to change.”

Many of the children at the camp were sponsored by Watermark members in Dallas and Fort Worth. “The children would run up and ask if their sponsors were there,” said Suzanne Sanderson, Director of Family Ministry at Watermark. “If they weren’t, they’d tell us their sponsor’s name or show us a picture and sometimes list every person in the family until we could figure out who it was. Having a sponsor makes these children feel cherished, and they think of their sponsors as family.

“Two years ago, one of the older kids spoke to the whole group at the end of camp about the impact of the sponsorship program. He shared about his life before he had money for school fees and food. There was not much response from the other kids, but then he shared with the group about the day he got the first letter from his sponsor telling him there were people out there that cared about him and told him ‘you are part of our family.’ Suddenly the room erupted with cheers coming from the all the kids.

“While financial resources are important,” Suzanne said, “it is equally important for a child to be reminded that: ‘God loves me! He remembers me! And He’s given me a sponsor that prays for me and writes me letters.’

“It’s tough… sponsors, for lots of reasons, may never receive a letter from the child they support, but we want each sponsor to know that their letters are having an incredible impact. For each letter that’s written, each nugget of truth that is shared, each prayer that’s prayed – all of these things are reminding a child that they are valuable, loved and not forgotten.” – written by Lauren Zutavern

For more information on how to sponsor an orphan with a Watermark partner or how to get involved in Watermark’s international efforts go to Watermark.org/International.