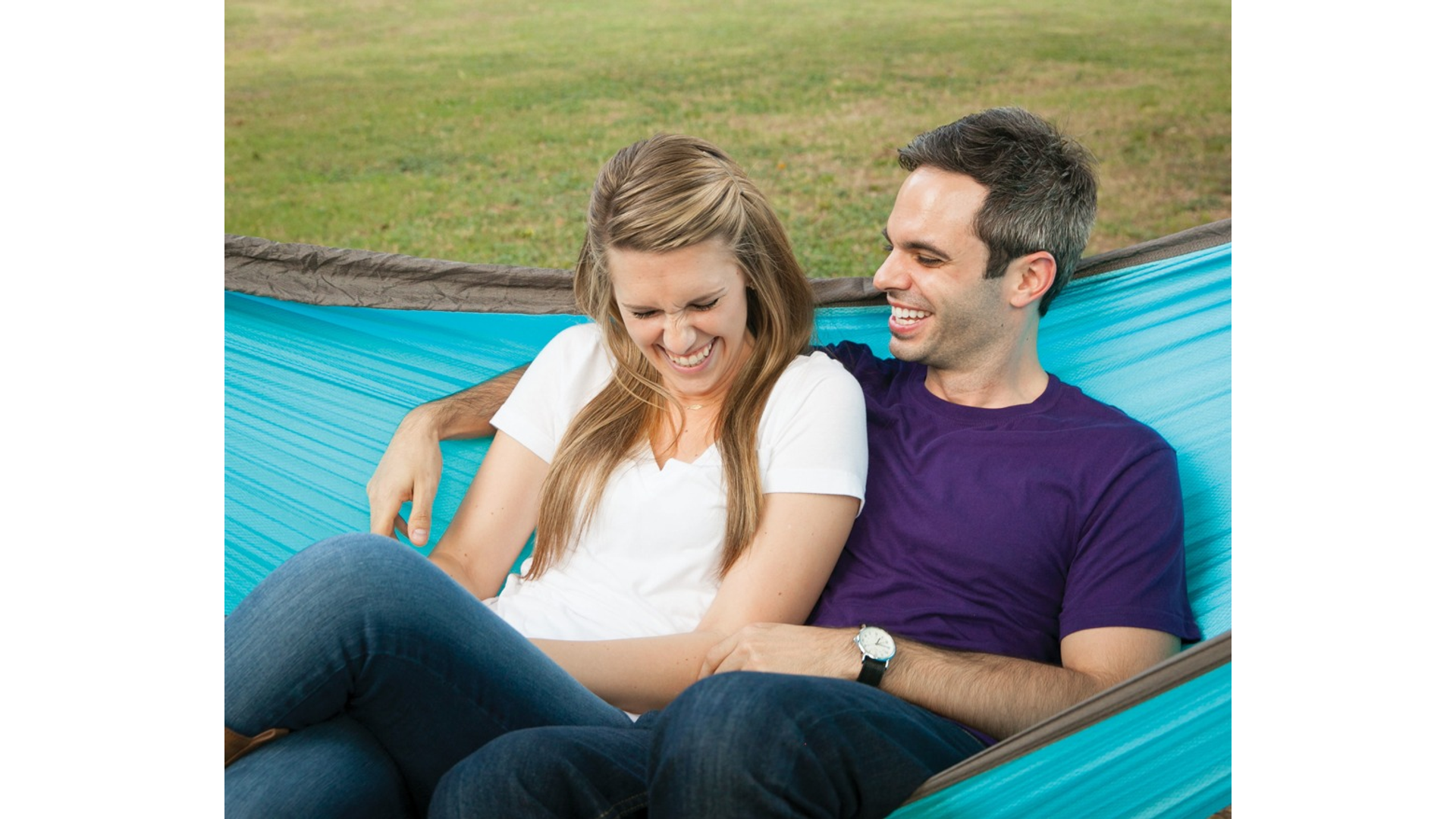 “In light of the pain caused by past relationships, I wanted to be ‘above reproach’ in how Liz and I dated.” – Kyle Johnson

When Kyle and Liz Johnson say that they saved their first kiss for their wedding day, some people think it’s crazy. But their commitment to purity was born out of the pain of broken relationships and years of rebellion. Married for almost one year, Kyle and Liz reflect on the transforming work God has done in their lives and the unity God built into their relationship.

KYLE: “Before Christ, I spent years abusing drugs and alcohol and seeing my identity in my career and relationships. When the engagement to a girlfriend I was living with ended, it felt like a divorce, and I was left with a lot of shame. There was no one in my life who really knew me or pointed me to Christ.

“After the breakup, I leased a new car and moved in with a bunch of guys who were younger than me. My life was still so empty, and I always wanted more. I was at a pool party one day when someone invited me to Watermark. I took a leap of faith and came here, first to a Sunday service and then to a baptism at the Porch. I was amazed by the people I met, and the messages about Christ and community really stirred my heart. Through God’s Word, the Lord renewed my mind and taught me what a full response to His grace really means. Christ redeemed the time that I threw away.”

LIZ: “Growing up in a Christian home, I found my identity in performance and being the ‘perfect kid,’ rather than in Christ. Soon, I got tired of being the good girl. In high school, I secretly rebelled while continuing to lead in my church. Later, I was in a relationship that turned out to be abusive. I was convinced that was the guy I was going to marry. Finally, the pain became too great, and I ended the relationship.

“I went through a period of real faithfulness to the Lord – discipling other women, reading God’s Word and learning how to be transparent. Unfortunately, another unhealthy relationship pulled me away. I started dating a guy and lived with him. By the time we broke up, I was very isolated. “I worked up the courage to accept a friend’s invitation to the Porch at Watermark. I went thinking I would never to talk to anyone. But I saw a childhood friend who introduced me to people who genuinely cared about me. I learned more about walking faithfully with the Lord and living in community with other believers. I discovered what it meant to be content exactly where God had me.”

KYLE: I’d been praying for God to prepare me to be a man who could lead his wife well. I wasn’t interested in pursuing a relationship when I first met Liz. When I saw her heart for the Lord and how much she loved others, I decided to ask her out. I was excited to see what God had for us.

“In light of the pain caused by past relationships, I wanted to be ‘above reproach’ in how Liz and I dated. I knew I needed to flee from sexual immorality and set expectations on dating with purity or our relationship would not work. Other guys in my life had modeled what purity in dating looked like, and I was willing to submit to their counsel.

LIZ: “Because we both lacked self-control in the area of sexual sin, we didn’t trust ourselves to act wisely in our physical relationship if the boundaries were blurry. We didn’t save our first kiss for our wedding day because we were a couple of prudes or because we wanted to be a sermon illustration. We knew what the world’s way of dating had to offer: shame, guilt, sin and death. We wanted to break the cycle of pain and brokenness and allow God to establish the best foundation for our relationship.

“After several months of simply talking on our dates, I felt like we knew each other very well. Kyle was the first guy I’d ever wanted to follow, because I saw how he was following the Lord. Seeing his obedience to Christ made me want to be under his leadership. We married after 10 months of dating. Waiting for that first kiss was worth it. There was no guilt or shame in our relationship. I look back and see that God redeemed an area of my life I always viewed as a hindrance. That was sweet.”

KYLE: “At one point in my life, I worried that my past might ruin my marriage. I was the product of three divorces by my parents. I feared repeating that pattern. Today, I’m consistently surprised by a loving God who cares about me so intensely that He would send His Son to die for me. I’ve learned to fully trust Him in everything, including my relationship with Liz. After experiencing the blessing that comes from obedience, I have an even fuller faith in the Lord.”

Kyle and Liz attended Watermark’s premarital ministry, Merge, for seriously dating and engaged couples. If you are interested in learning how to date in a way that honors the Lord or have friends who would benefit from a premarital class, check out the Merge ministry at Watermark. Merge is an eight-week class offered throughout the year. Find out more at dallasmarriage.org. The next class starts on January 21.