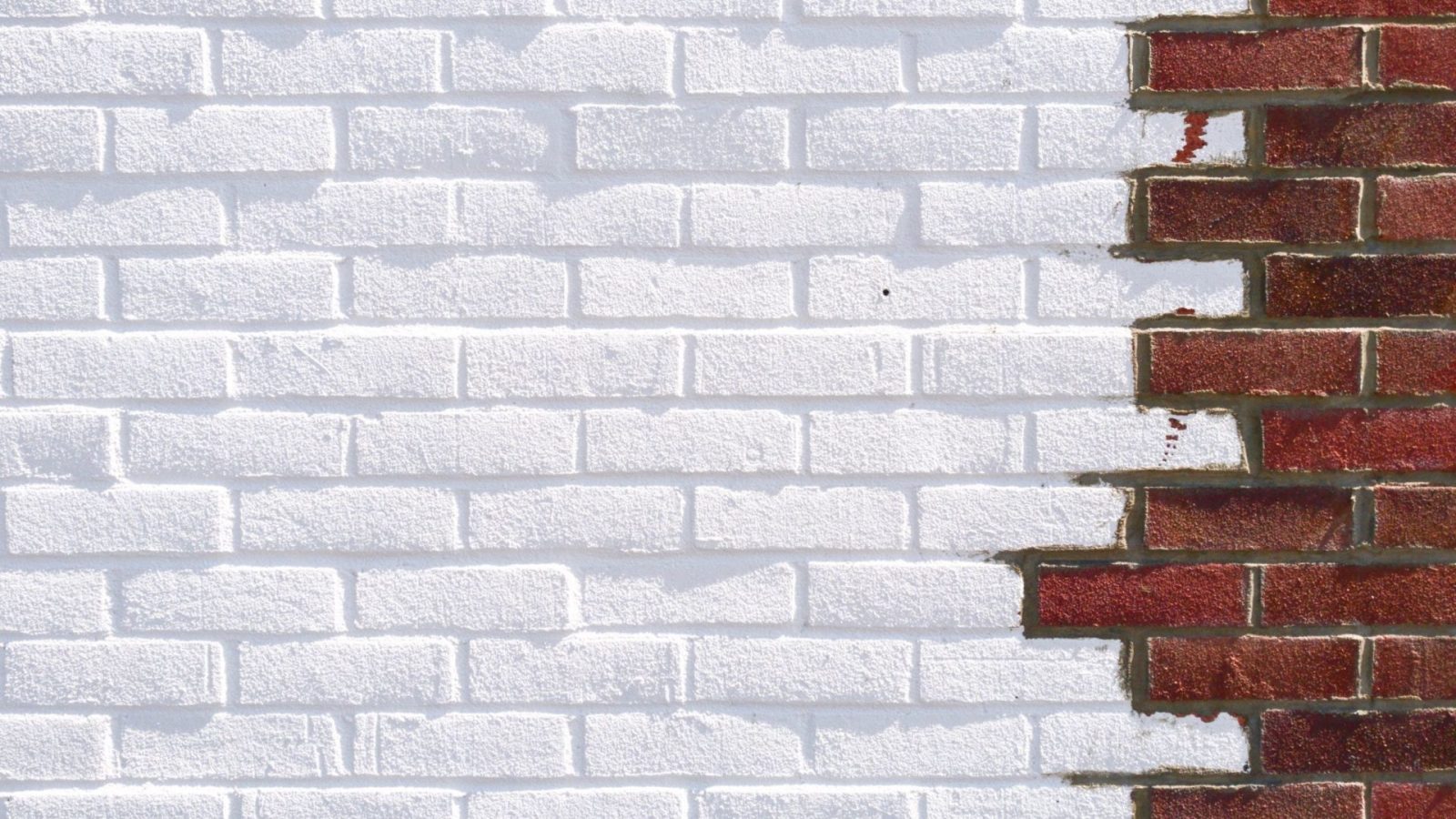 The Life Initiative led a breakout at a student ministry gathering and asked students to text in their questions so we could see and address the things that mattered most to them. The following are the questions they texted in, and the responses we gave. We’ve listed the most common questions first.

"Do the children that are aborted go to heaven?"

We don't know. We only know that God is good, just, and does what is right, so we can trust Him with the outcome.

"Is it considered sinful to have an abortion in the event of rape?"

Yes. Since we don't justify one crime by committing another, it doesn't seem fair to perpetrate the first crime on an innocent person by allowing that innocent person to kill another person. To not oppose abortion in cases of rape is to promote the idea that two wrongs make a right. The logic would effectively follow that when something bad happens to a person, then he (or she) has the right to impose crime on someone weaker than him until we've reached the weakest, most vulnerable person who can't defend him or herself or hurt anyone else. It's as if we're saying, let's keep perpetuating the horror of this crime until we find someone who can't fight back, and that does not make any sense.

"Is abortion permissible if the mother's life is at risk?"

This depends on the degree of risk. Most situations can be prolonged so a fetus can be delivered when it is viable (babies as early as 22 weeks are able to live outside of the womb). In the event the fetus isn't developed enough to live outside of the womb and both lives would be lost, an abortion makes sense to save the mother. Losing two lives when at least one can be saved does not make sense; however, in these instances law enforcement should be used to determine when to and when not to prosecute a doctor’s or mother’s determination of risk.

"Does life begin at fertilization?"

Yes. There is no scientific evidence to suggest otherwise. If you would answer differently, for example, “Life begins once the heart starts to beat”; then on what basis do you claim that the baby is not humane one minute prior to the heart beating? Setting an exact time for when the baby becomes human after fertilization is completely arbitrary; therefore, humanity and life both begin at fertilization.

"How do you make the case to someone who isn't Christian that life begins at conception?"

We haven't been able to observe that fertilization is when life begins until the mid-1800s. So stating life begins at fertilization isn't a statement of faith. It's a scientific fact we have known long before the Roe v Wade decision. So, you can share that truth without them having to believe in God at all.

"How do you refute the argument that an embryo is just a clump of cells and can't feel pain?"

The clump of cells argument is simply a tactic employed to dehumanize the baby. You too are just a clump of cells. Does that mean it should be legal to kill you? Furthermore, individual cells all clumped together undergoing their own development do not magically come together and form a human being. Only the very specific cells as a result of fertilization are complex offspring; therefore, the baby is never just some clump of cells in the same way a cut fingernail or lost tooth is.

The pain issue is not a compelling one worth arguing. If an adult woman is in a coma, you wouldn't kill her simply because she can't feel pain anymore than you should injure someone who is numbed under anesthesia. The issue is better argued from a point of “When is a human being a human being?” Since a human being is never just a clump of cells, we argue from the point of fertilization to death for the right to life.

"What if the baby is going to be born with severe birth defects and will have a very poor quality of life?"

We don't take quality of life into consideration as if to say one human has a higher quality than another. With certain birth defects, a child may have a very short life expectancy, and we would encourage parents to comfort and celebrate what life their child has. But many follow this line of thinking which is why a high percentage of fetal diagnosis of Down syndrome end in abortion. We don’t kill homeless people simply because we decide they have a poor quality of life. Someone’s circumstances do not determine whether or not they inherently have worth as a human being.

"How do you respond to the statement, 'my body, my choice?'"

When an egg is fertilized a new body is formed. So it's not just a woman's body involved any more. We would promote women to have all kinds of choices, but murder is not one of them. We also legislate lots of other things people can and can't do with their bodies (i.e. drug use, amputation, etc.). So it's just not a consistent argument.

"How can we help someone who is considering abortion as a result of rape?"

In the cases of rape and sexual assault you can first acknowledge how terrible those crimes are and deserving of punishment; however, two wrongs don't make a right, and a mother isn't necessarily going to rid herself of the pain of the crime perpetrated on her by aborting the baby. Let her know you are there for her and that you openly support her choice to have her baby so she does not have to feel shamed. Let her know God has a plan for her baby. After all, Mary carried Jesus as a teenager out of wedlock in a world where women were stoned to death for doing such. If she is worried about raising the child, you can still encourage her to chose life and consider adoption. Then walk alongside her as best you can through the entire pregnancy and birth. That can take on many forms such as offering to take her to prenatal appointments, meeting for coffee, or even hosting a baby shower.

"How can I assist a woman who does not have an abortion but cannot take care of the child"?

Respond by encouraging her not to allow shame to decide her choices for her. I'd question what kind of friends would encourage her to bear the shame of abortion alone rather than bear the shame of carrying the baby with her. Be a good listener, ask good questions, and embolden her to be brave and stand firm on the truth that God loves her and her child and hasn't given up on her. If she truly doesn't feel equipped to parent, encourage her to place the child for adoption and remain in the child's life staying connected to the adoptive family.

"Why do people think that it is okay to abort their baby just because they can't fully care for it?"

Some are misinformed that what they're killing is a human person, but most let the private shame of an abortion outweigh the public shame of an unexpected pregnancy, the inconvenience of raising a child before they want to, or the financial burden of caring for/raising that child.

"How can I talk about pro-life when pro-choice people talk about freedom and self control?"

Calmly reply with good questions like, "When you say you are free, why do you have to commit an abortion to be free?” or “When you say you are controlling your body, why do you have to end the life of another body for you to have control of yours?" This should lead back to questions regarding what abortion is ending. If it's just ending a clump of cells, we have no conflict. But if it's ending another human being's life, then that's murder, and murder is never justified so someone else can feel free or self-determined.

"Is it wrong when an abortion has been forced upon a woman?"

Yes. Family and friends often think they're helping the woman be relieved of the responsibility of raising a child, but they're effectively saying we'd rather the mother bear the shame of the abortion alone than support her through caring for the child. Sometimes they step back and say, "we'll support whatever decision you make." But that's not really support because she's being left to herself to make the decision without them. Family and friends are meant to be great counsel and people often fail in that regard.

"As believers, how should we properly respond to the decision recently made in New York?"

We can rightfully denounce that decision and recognize there's a similar bill that's been filed in Texas by Sen. Rodriguez from El Paso. Speaking and sharing truth is vital.

"When did abortion begin historically?"

It became legal across the US in 1973, but some states had laws allowing abortion prior to that. Even before that abortions were done but not in any medically sanitary or approved sense. In fact, it's part of the Hippocratic oath that doctors take to not commit abortions. The oath reads, "I will give no deadly drug to any tho it be asked of me nor will i counsel such and especially i will not aid a woman to procure abortion..." and was written in the 4th century BC. Back then women were given poison of sorts to cause the abortion.

"What's the best way to respond to the following pro-choice argument?"

You are in a fertility clinic when the fire alarm goes off. Before you escape, you have the option to save either a five-year-old child who is pleading for help, or a container of 1000 viable human embryos. Do you A) save the child, or B) save the thousand embryos?

Either option is acceptable. Often the pro-choice world uses this illustration, but it's a logical fallacy, because the question is not that you have to kill a five year old or a vial of 1000 human embryos. So you're not actively ending anyone's life. You are saving someone or someone's. Not choosing the embryos or not choosing the 5 yr old doesn't necessarily require the conclusion that one is more or less valuable. If the question is you have to kill one or the other, the only appropriate answer is neither.