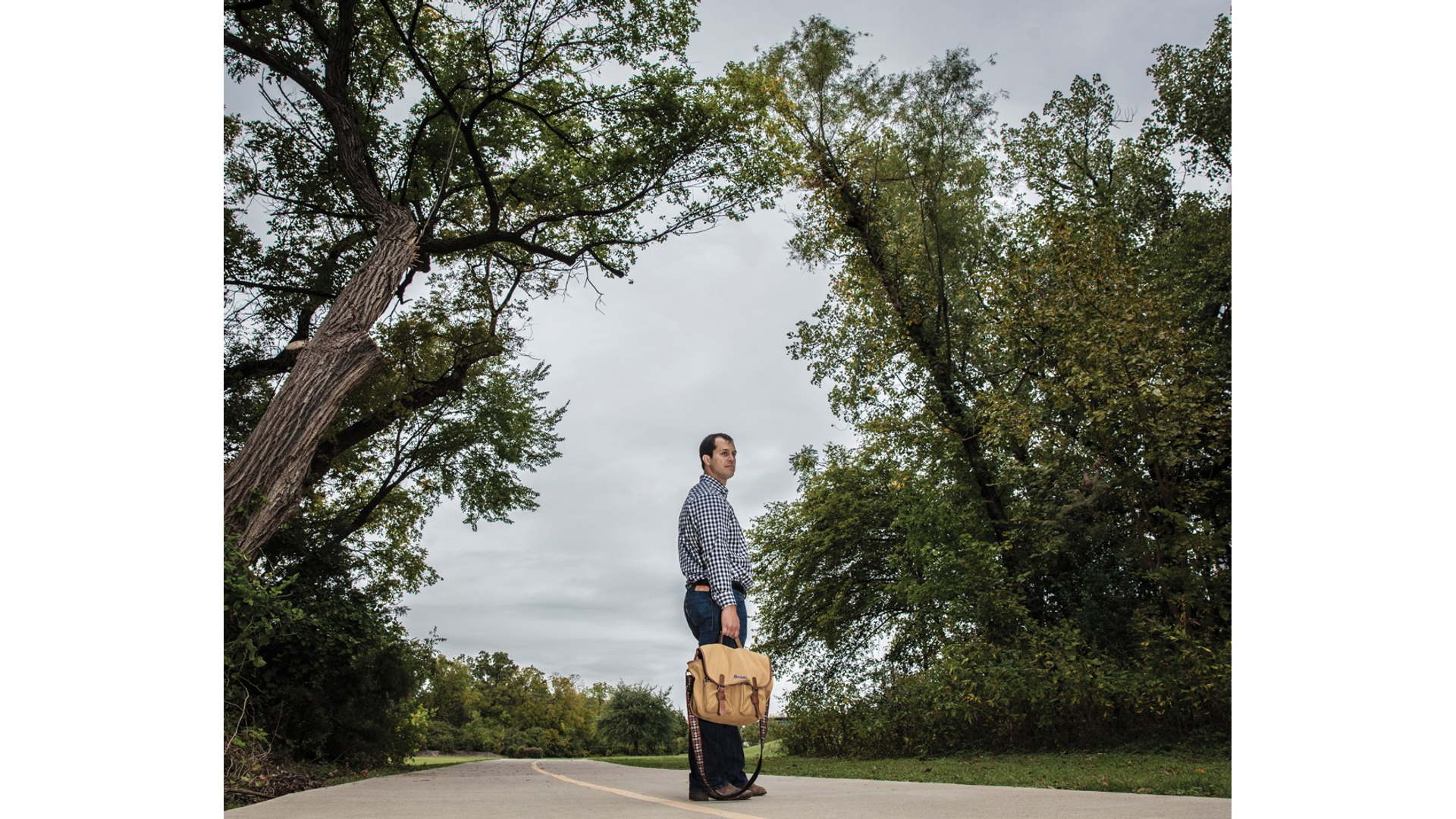 “I began trusting God in a new way as I learned that grief was not something I would ‘get over.’ Faith and broken-heartedness could coexist.” – Tim Summey

“I have loved Jesus since I was seven years old,” said Tim Summey. “My relationship with God was cultivated by my family and encouraged at my private Christian high school. My faith was real, but it was easy.

“While attending Bible college in Europe, I studied Job and was compelled to pray on multiple occasions that God would make my faith as strong as his. That ‘though He slay[ed] me, I [would] hope in Him.’ (Job 13:15)

“While I was still overseas, my brother Richard was badly injured in a car accident in Dallas and flown to Parkland Hospital. I can honestly say that even after receiving the call, I did not doubt God’s ultimate power and sovereignty. But after eight days in the hospital, Richard went to be with Jesus. Faithful friends surrounded me, but many seemed to want me to be ‘ok’ rather than weeping with me.

“The loss ravaged me. I would stuff my emotions in isolation and then burst out at the things I couldn’t control. Grief looked like totally withdrawing from my family and soothing my pain through emotional eating and drinking. It was ugly. My intent was to avoid feeling anything. Just thinking about my loss made my heart hurt so bad I thought it might either explode or its poison would slowly leak out and kill me.

“The shock of this loss revealed some unbiblical theology that had rooted deeply into my heart. Unconsciously, I thought since I trusted God and He was in control, Richard would be healed – that my faith would be rewarded somehow.

“Our first Thanksgiving without Richard came five months after his death. As we prayed around the table, not feeling particularly thankful, I realized how ill-prepared we were for this holiday. Knowing that others were enjoying the kind of celebration we no longer could just deepened my sorrow.

“I slowly turned back to the Lord over the next five years, but I never handed God my whole, broken heart. I walked with Him without allowing Him to carry my entire burden. “But He was at work.

“Five years after losing Richard, tragedy struck again. While on a camping trip, a friend of mine walked off a cliff to his death. I was so numb that I couldn’t conjure up a single tear. God used this second loss to show me how deeply He wanted to walk with me through it. I revealed some of the fury and heartache I had stuffed down for years. I recognized how I had compartmentalized my faith and my grief, not seeing how they could fit together. God also brought me a friend who’d experienced a very recent loss. As I encouraged him, I watched the Lord use my hurt for good for the first time.

“Eventually I married, my wife Rachel and I moved back to Dallas, and we had our first baby. Those milestones really sting when a loved one isn’t there to share them. So I attended GriefShare, Watermark’s grief recovery ministry and found it to be a safe place to be vulnerable about loss. I began trusting God in a new way as I learned that grief was not something I would ‘get over.’ Faith and broken-heartedness could coexist.

“Though I still wrestled with wanting my brother back, God used GriefShare to transform my anger into peace. I began resting in the truth that God’s character is good even when His ways are inexplicable. Later, I took on a facilitating role at GriefShare and noticed how God was continuing His work on my heart, even as I shepherded others.

“Soon after this peace set in, Landon, my best friend since boyhood was killed in a plane crash. The Bible tells us that in this world we will have trouble. So while I grieved over this loss, my heart was in a different place. Yes, my chest still ached. The memories broadsided me. I cried, yelled and questioned. But I was equipped with some new tools: a better grasp of God’s character, greater knowledge of His promises about suffering and hope, a trustworthy community of friends who weren’t trying to rush me to ‘get over it’ for their sake. I also had the reassurance that I would experience joy again.

“I continued serving with GriefShare because processing my sorrow helped lead me back to the truth I have believed since I was seven years old: Jesus paid it all.

“Today, I am experiencing greater hope because I have watched God transform my heart since losing Richard twelve years ago. I know that though God’s ways are not my ways, He has still got me. I wrestle, but I know that Christ will get me through. Psalm 34:18 reminds me that ‘the LORD is near to the brokenhearted and saves those who are crushed in spirit.’”