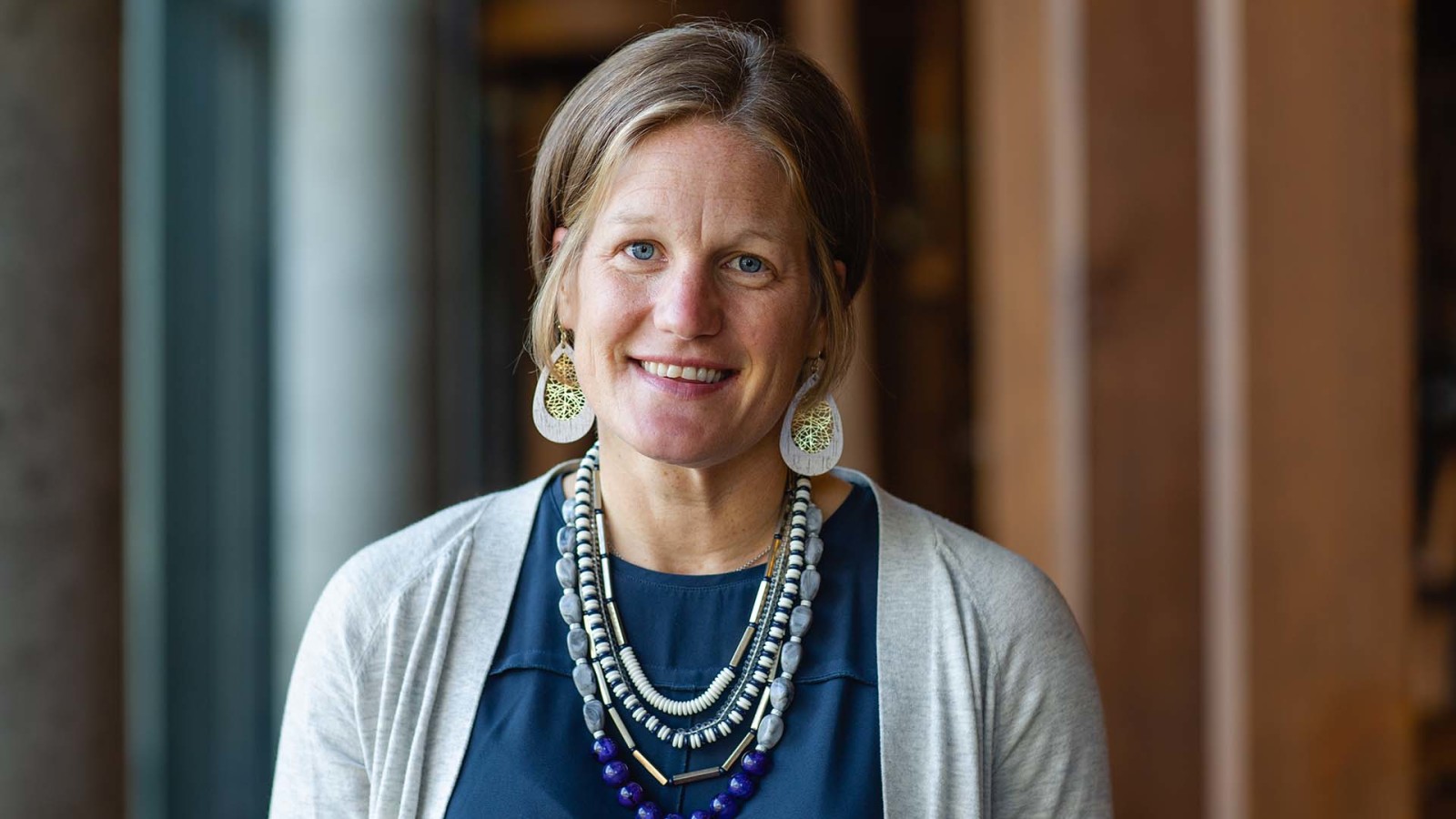 “I’m living proof that God doesn’t call the equipped, He equips the called,” said Julie Murphy. “When I first started serving in Kids’ Ministry at Watermark, I was very nervous. I’d grown up Catholic, and studying God’s Word on my own was a relatively new practice for me.

“I went to Catholic school from kindergarten to 12th grade, surrounded by people just like me. It was only when I went to college that I met people from different spiritual backgrounds. After graduation, I moved to Dallas and started attending a Protestant church. I had recently gone through a broken engagement and was reeling from the fallout. I was so broken at that time and know now that God was carrying me every step of the way.

“Shortly thereafter, Sean, who is now my husband, and I met, and I just knew he was my kind of person. We fell into a routine of attending Catholic mass together, but the time leading up to our marriage was not grounded in faith, as it should have been. We married a short year and six months after we met, and amidst grad school, new jobs, and several moves, we started thinking about having kids. In the next several years we had three children.

“While we had plenty of friends and family surrounding us, no one was pushing us to make the Lord a priority. But, God had a plan. My uncle invited Sean to go to Summit Men’s Bible Study at Watermark. That encouraged me to look and see what opportunities may exist for me as well. I’ll never forget the first time I visited Watermark. I went to an all-women’s event, and from the stage, several women got up and shared their testimonies of faith. They talked very openly about their sin struggles, past mistakes, and how the Lord had redeemed it all. That was so surprising because authenticity in a church setting was a new experience.

“Growing up, I thought if I did all the right things and took part in all the sacraments, I would go to heaven. I think that’s what made it hard to understand both sanctification and grace. I thought eternal life in Christ came from good works. But then I learned that grace is a free gift through faith in Christ’s death, burial, and resurrection. Christ died for me when I was still a sinner, and that can’t be earned or deserved. Sanctification would only come through faith and abiding in Christ.

“I’m living proof that God doesn’t call the equipped, He equips the called.”

“Although Watermark felt so large and different from what I was used to, we pursued membership and joined a community group. I also decided I wanted to serve with Kids’ Ministry. Preparing for the lessons each week would send me on a journey to relearn everything I thought I knew about the Bible. I had heard many of the stories but had never really read them directly from God’s Word. In many ways, I was learning the Bible right along with the children.

“Later, I started participating in Women’s Bible Study and serving as a storyteller in Kids’ Ministry. Sometimes I’d get nervous about speaking in front of the children, but the Lord prepared me. Our kids at Watermark are so eager to learn about the Lord, and they have such joy when they learn how much God loves them. It was such a privilege to see their enthusiasm about God’s love.

“Our three children have been part of Kids’ Ministry and share that excitement about learning about God’s character. I remember one of our first Easters at Watermark, my children were introduced to the story of Christ’s resurrection through the simple resurrection egg activity. They were immediately able to share the resurrection story with me and others in our family with such insight. They regularly memorize Scripture and are absorbing God’s Word as they learn about it at home and at Watermark.

“Sean and I also went through re|engage, Watermark’s marriage ministry. I learned to draw a circle around myself and allow the Lord to work on what was inside. I also began praying for my husband rather than try to fix him. Of course, we are still two broken people depending on the Lord to make our marriage work. It’s a continual journey with Christ, and I can say that the Lord has eliminated a lot of anxiety in our relationship. God has shown me again and again that His timing is perfect, and I trust that He will redeem every situation that I see as out of control at home, at work, and in the world. I could not have gotten to this spot without knowing what faith in Christ really is. I have to remind myself daily that I’m not the one in control and God is always with me and intimately aware of the details (Psalm 139:9–10).

“If I were talking to someone who is still trying to earn their salvation through good works, I’d want them to know that we will never be worthy. That’s actually great news, because Christ died to save us in our unworthiness. So rather than striving, we can stop, explore Scripture, and trust in Christ and in the fact that God’s Word debunks a works-based theology. It’s counter-cultural, but it’s also the beginning of pursuing a deep, trusting relationship with Christ.”