I DIDN’T KNOW I NEEDED A SAVIOR 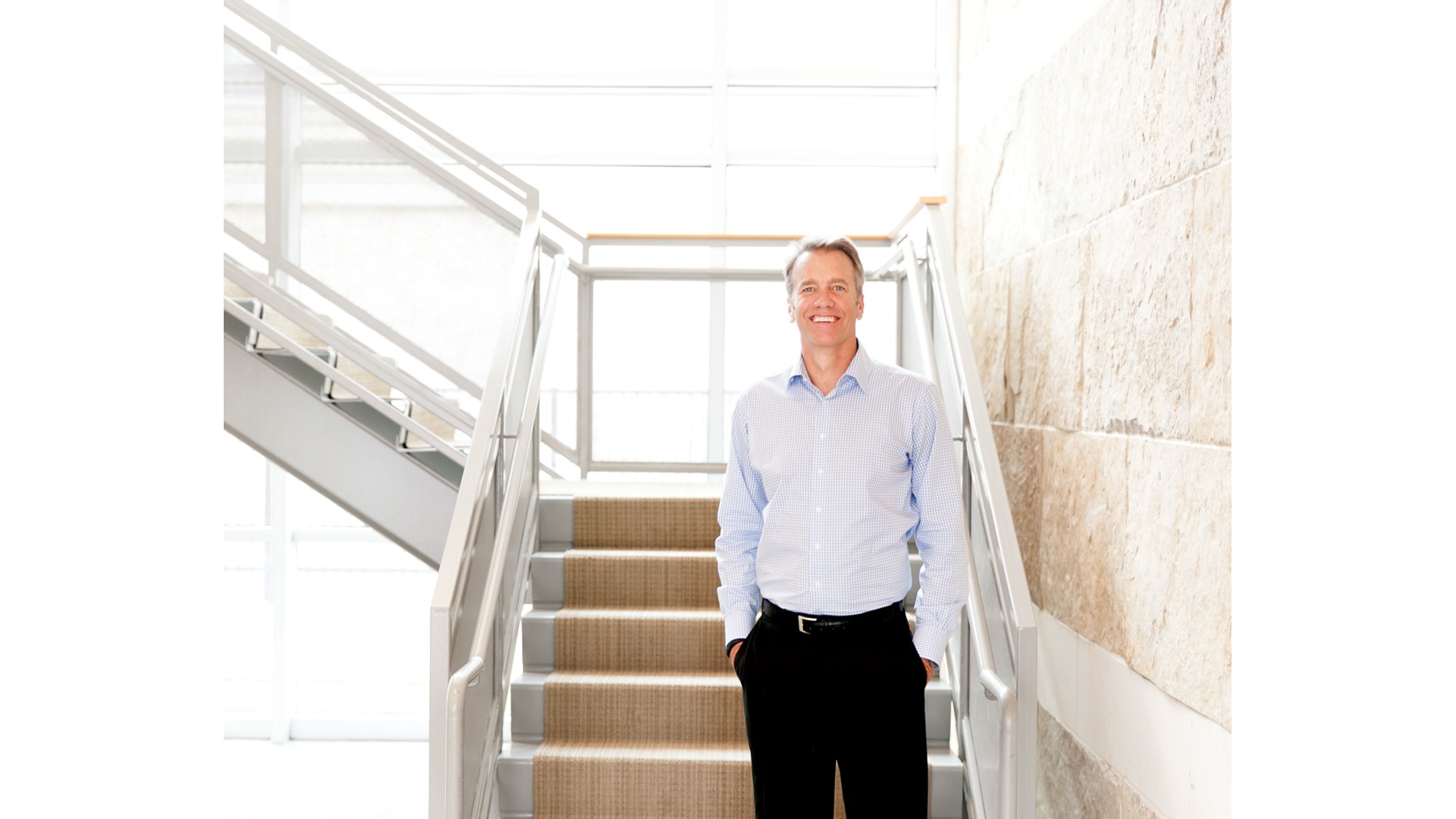 “For most of my life, I would have told you I was a Christian,” said Chuck Anderson. “I believed in God. I checked the box and went to church each week. I didn’t smoke or drink and was a good husband and father. But I didn’t know I needed a Savior until I heard three words that would change my life: ‘You’ve got cancer.’

“I grew up 50 miles from the middle of nowhere in North Platte, Nebraska. My dad was an alcoholic, and so was my grandfather. My mom always took my younger brother and me to the First Lutheran Church, and I even went through confirmation classes there. I left home for the University of Nebraska and a basketball scholarship. After one year there, I transferred to Southern Methodist University, where I continued to play basketball, earned my BBA and then my MBA.

“During college, I was all about girls for all the wrong reasons. Fortunately, I met my wife on spring break, and she later transferred to SMU. We married in September 1985. I started working in real estate, and soon I had a great career and two beautiful little girls.

“Fast forward to late 1997. The company I worked for had just gone public. At that point, I’ve got a lot of money, I’m a member of a very exclusive country club, and I’m traveling all over the country for my job. I should have felt like I had it made. Instead, my reaction was, ‘that’s all this is about?’

“I went in for a routine physical in January of 1998. I was healthy, so I knocked the stress test out. I was too young and healthy to need a body scan, but I felt compelled to get one though doctor didn’t expect to find anything. The next thing I know, the doctor sits down and says that he sees a spot on my kidney. It was cancer.

“I spent the next week going through different tests to see if it had spread and talking about surgery. I thought I was going to die. I had a wife and two little girls. What happens to them? And of course I asked, ‘Lord, what happens to me?’

“I remember my pastor asking me if I died, what would I say to God about going to heaven. I explained that I was a good guy, a good father and a good husband. He walked me through the gospel, though I don’t remember much about it. But death weighed heavy on my mind. Suddenly this ‘good person’ I’d built up in my mind didn’t seem so great, and I didn’t have the answers.

“Later, friends invited me to a men’s Bible study. They’d asked me before, but I was always too busy and thought I had it figured out. But faith became real to me when I found out I had cancer. That Bible study was the first time I truly heard the gospel.

“When you think about it, how could I miss God’s truth? I’d gone to church for a long time. I was a good, moral person who just didn’t get the gospel. At 37 years old, I was a new believer.

“The cancer was cured surgically. They took my right kidney and adrenal gland out, and with them, the cancer. Cancer is the best thing that ever happened to me, because that’s what it took for God to open my eyes to Christ. I wouldn’t wish it on anyone, unless that’s what it takes. But God has used kidney cancer as an opportunity for me to share the gospel.

“God’s grace turned my world upside down. In the beginning, I thought about quitting my job, so we could go be mission- aries. My wife and my brother thought I’d gone crazy. A close, godly friend reminded me that the Lord had me where I was for a reason. God gave me a platform. It was up to me to do something with it.

“I have gone on several short-term discipleship trips to Cuba. We go from house to house, telling people about the gospel. I call it ‘cold calling for God,’ and I love every minute of it. Our family has gone on many short-term trips together building houses and sharing the gospel in Mexico and Costa Rica. Watermark has been a huge part of our lives for over 10 years. We’ve served in Frontlines, led a Foundation Group and fed the homeless at Cornerstone Baptist Church. I never felt challenged to live out the gospel until we began going to church here.

“Today, I love to talk to young businessmen – especially those who are married with younger kids. Many of them are just like I was. Life is all about work, money and getting ahead, and they’ve bought into the lie that marriage and parenting are about quality time. But you can’t get quality time without quantity. I’ve learned that from experience. I wasn’t a bad father, but I wasn’t the dad God called me to be. Today I hope my wife and girls would say that I’m more intentional with them. I see my job now as being a physical and spiritual protector for them, not merely a provider.

“I was once the guy who always strived to get to the world’s mountaintop. When I did, I discovered there was always a bigger one ahead. I wasn’t satisfied until I knew what Christ did for me and why He did it. God gave me the desire to tell everyone who knows me what I believe and why. It’s on me if they don’t.”