Desperate Need for My Savior 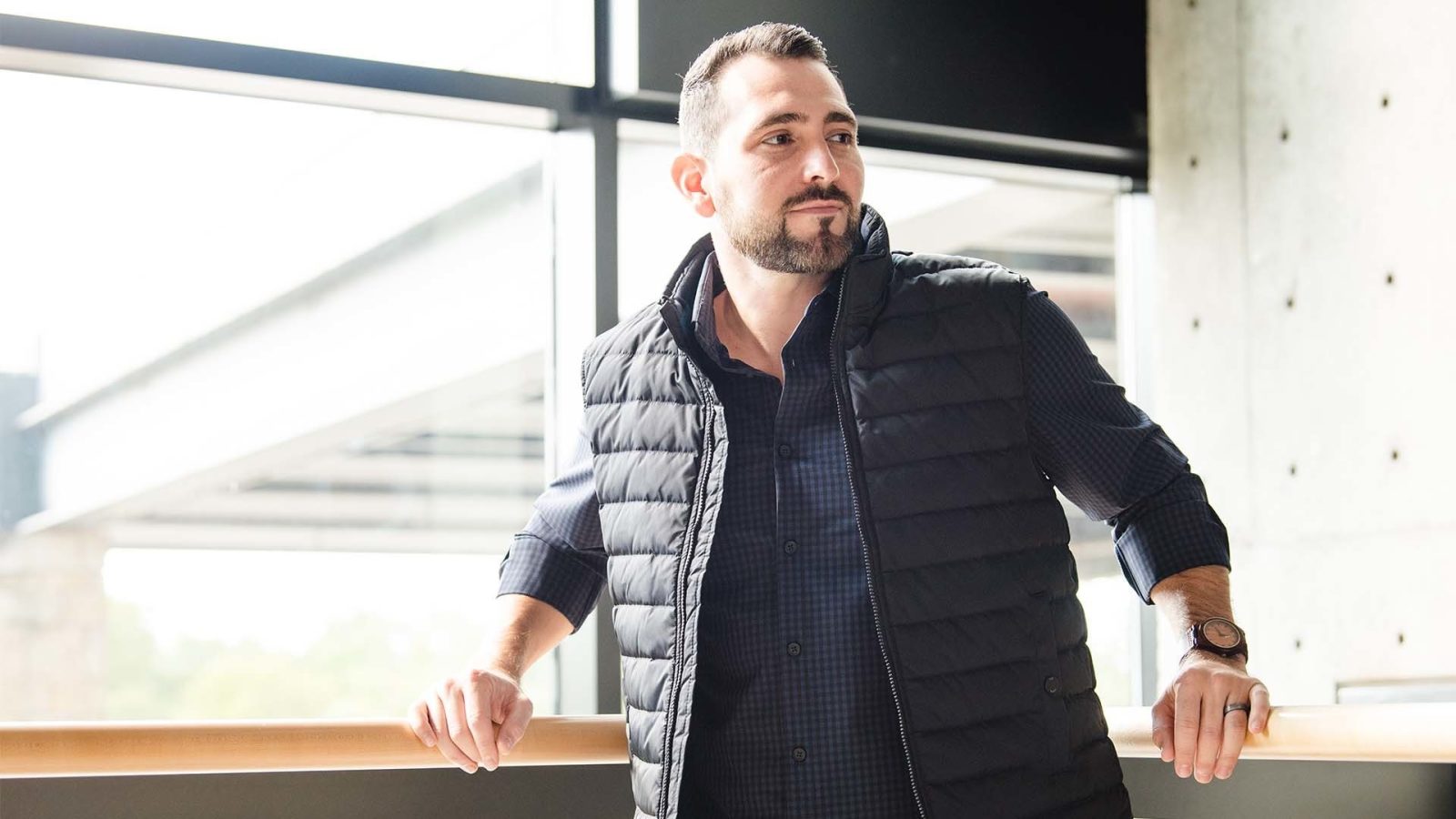 “It was only through God’s power that I was able to do what was right. It wasn’t through some anonymous higher power or my own strength that I successfully completed intensive rehab, or stayed sober, or completed all the court’s requirements. My new life came from faith in Jesus Christ alone.”

“Everyone on Harry Hines Boulevard was trying to kill me, or so I thought,” said Edwin Rodriguez. “Paranoid and strung out on meth, I was running through traffic in the middle of the road at 6 AM. When a guy pulled over near me, I ripped him out of his taxi and took off, crashing into a creek a few minutes later. I dragged myself out of the car and started running in search of another vehicle, as terrified onlookers scrambled out of my way. I carjacked three people and ended up facedown in the middle of the freeway, praying for mercy from a God I didn’t know. When I opened my eyes, I was surrounded by police officers with guns drawn. What a way to celebrate my 26th birthday.

“Growing up in the border town of Laredo, seeing large quantities of drugs was pretty normal. I adopted my parents’ religion, but thought church was a place for the simple-minded to relieve their guilty conscience. At six years old, I was molested while my family was living in a compound in Mexico. Afterward, I felt so lost – like I had no sense of value. By 12 years old, I was smoking marijuana and drinking and later got into other drugs.

“In middle school, my family moved to Laredo, and I searched for my identity in being a gang banger, a jock, and a graffiti artist. In high school, I sold drugs for the cartels to the wealthy kids on Laredo’s north side. I wanted to be the fastest, coolest guy with the most women, but I was never satisfied.

“My high school art teacher recognized my skills as an artist and encouraged me to go to the Art Institute in Houston. I did really well there, but I was in a broken, codependent relationship, doing drugs, and living paycheck to paycheck. Eventually, I left Houston to live with my brother.

“In Dallas, my brother was buying drugs from the cartel and selling them to the Aryan Brotherhood – a scary bunch of people with swastikas tattooed on their foreheads. That’s when I was introduced to the dark, ugly world of crystal meth. My addiction was horrific, which is how I ended up facedown on that Dallas highway.

“After my arrest, I was looking at 20 years in prison for three counts of robbery, assault, grand theft auto, and driving while intoxicated. Out on bail, I was scared sober for about three months and then relapsed. The judge later sentenced me to six months of intense in-patient rehabilitation. If I didn’t complete it, I’d go to the state penitentiary.

“In jail, I met a guy from the Mexican mafia. He had full sleeve tattoos and the words, ‘By Faith or By Force’ inked across his chest. He asked me what I knew about Jesus, and if I wanted to talk about faith. There was something different about him, so I agreed to grab a bunk in his tank. For the next seven weeks, he spoke from God’s Word and showed me compassion, patience, humility, and acceptance. He was the first person who cared enough to share the truth of the gospel with me.

“When I started reading the Bible, I didn’t even know the names of the books or anything else. But I learned that ‘the wages of sin is death, but the gift of God is eternal life in Christ Jesus our Lord.’ (Romans 6:23) There was nothing I could do to earn or deserve God’s grace (Ephesians 2:8-9). Salvation was a free gift paid for by Christ’s sacrifice on the cross for my sin. Through faith in Christ, I could be wiped clean and become a new creation (2 Corinthians 5:17). What a gift!

“It was only through God’s power that I was able to do what was right. It wasn’t through some anonymous higher power or my own strength that I successfully completed the court’s requirements, intensive rehab, and stayed sober. My new life came from faith in Jesus Christ alone.

“When I moved back to Dallas, I wanted to check out this big church off of I-635. I didn’t think I’d fit in at Watermark. Everyone seemed so perfect. But, when I heard the messages, I felt like they were talking to me. I went to The Porch where this guy befriended me, introduced me to friends, and they took me under their wings. That seemed so crazy to me! I plugged into a community group, and those guys walked me through my first year of sobriety. They modeled authenticity as we shared many intentional conversations about Scripture. My community group was a reminder that every day, I have a desperate need for my Savior.

“Today, my past no longer defines my life or my eternity. I’m so thankful that God has brought me the freedom that comes from placing my identity in Him, rather than the fleeting things of the world. If you’d told me 15 years ago that I’d be a sober, married Christ-follower running a successful renovations business, I wouldn’t have believed you. Christ wanted a relationship with me, just like He does with you, and His unconditional love transformed my life.”