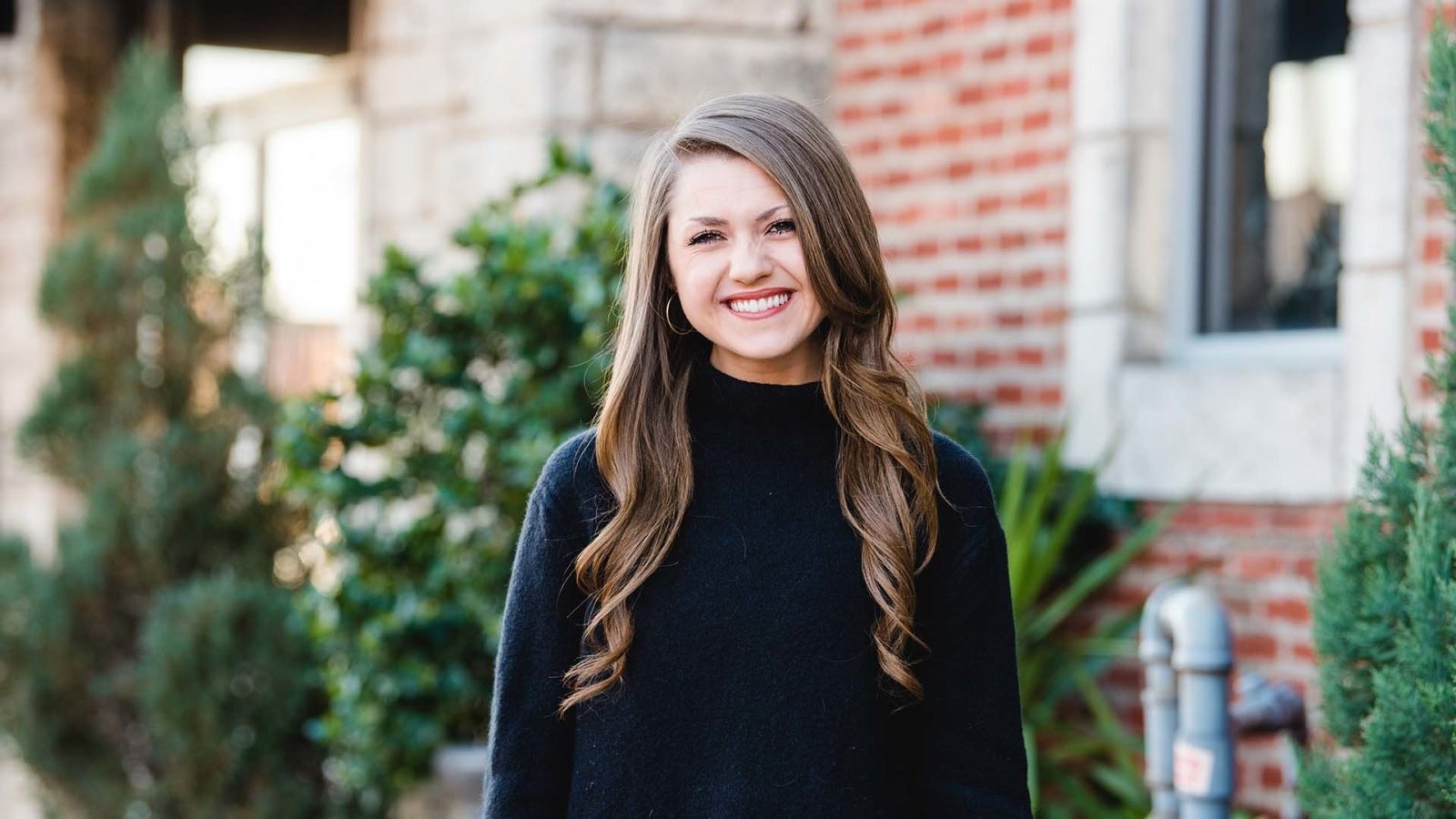 “I was amazed that even though sin abounded, God’s grace abounded all the more. I figured I was so far gone, I’d light on fire if I came back to church. But God’s grace was stronger; I could never out-sin His grace.”

“As my body became so weak from my eating disorder that I could barely stand up, I craved food, but still refused to eat,” said Allison Godwin. “My body was literally eating itself, and I knew that if I didn’t get help, I’d eventually die. I knew I needed nourishment; what I really craved was Truth.

“I grew up in a Christian home and was very involved in church. But, faith wasn’t something I talked about at home. I viewed Jesus like a genie; I’d ask Him for what I wanted, but that was about it. I didn’t look at faith as a relationship with Christ and just lived what many would consider a good life. I had head-knowledge about the Lord, but it stopped at my heart.

“When I went to college, I did the opposite of what I had done in high school. I dated a guy and made some really bad decisions. I found my identity in the party scene and enjoyed feeling cool and accepted, rather than truly being fulfilled. Soon, I began hating myself for the toxic decisions I was making, and I looked for my significance in what my boyfriend thought of me, rather than God.

“All of that heartache led me to starve myself and focus on nothing but outward appearance. I tried to hide it, but my eating disorder led me to lose 10 pounds in a month from starvation alone. Alcohol and an eating disorder don’t mix, and when I drank, I treated my friends badly. I’d wake up the next day feeling guilty but uncertain about what had happened. That was a pattern I couldn’t stop on my own.

“When the bottom fell out of my life and all my friends had pushed me away, I had no one to talk to but God. I opened my Bible for the first time in years, turned to the book of Romans, and started reading. I will never forget when I got to Romans 5:20-21 – the verses that changed my entire life. I was amazed that even though sin abounded, God’s grace abounded all the more. I figured I was so far gone, I’d light on fire if I came back to church. But God’s grace was stronger; I could never out-sin His grace.

“I wrote down that verse over and over again and stuck it on my mirror and tucked it into my purse so I could constantly remind myself of truth. I also sought out a friend of mine at college who was a strong believer. She dropped everything and met with me – in the same way that God has done over and over. She was so kind to listen and respond with truth. She pointed me to Lamentations 3:22-23, ‘The steadfast love of the Lord never ceases; his mercies never come to an end; they are new every morning; great is your faithfulness.’ It was another reminder that I could return to the Lord and His boundless love.

“She gave me some resources, and one of those was The Porch podcast. I was just about to move to Dallas, so God’s timing couldn’t have been more perfect. I listened to one podcast after another, crying when I realized that for years, I had missed God’s free gift of grace in my works-based view of faith. It was impossible to earn my way back to God. When I was far from Him, He ran to me, and there was nothing I could do to make Him love me more or less.

“I moved to Dallas on a Monday and was at The Porch on Tuesday. I jumped right into Watermark Membership and community. At first it was hard to not live with one foot in the world and the other foot out. But I felt true freedom when I was pursuing the Lord, and my sin felt so enslaving on this side of knowing God’s truth.

“It took time to find an extended circle of friends who followed Christ. Those relationships don’t happen instantly, but God provided them as I became ‘all in’ with His people. I started serving at The Porch and loved being around people who regularly shared their faith. My friends at The Porch poured truth into my heart, and watching them serve others inspired me to live on-mission daily. As I let go of more and more worldly things, God replaced those things with His blessings.

“I used to think of the Bible as a rule book. I thought God wanted perfection from me, and I couldn’t do that, so why try? But God’s rules aren’t there to deprive me. God’s Word is loving protection over me and guides me to where real life is found.

“As I’ve continued to follow the Lord, He has never let me down. There was so much pain in living for the world, and now that I have experienced the freedom and protection of walking with Christ, I don’t want to go back. I believe the words of John 10:10. The Enemy really does come to steal, kill, and destroy. But Christ has given me an abundant life. He has flipped the bad chapters of my life and used it all for my good, the good of others, and ultimately for His glory.”