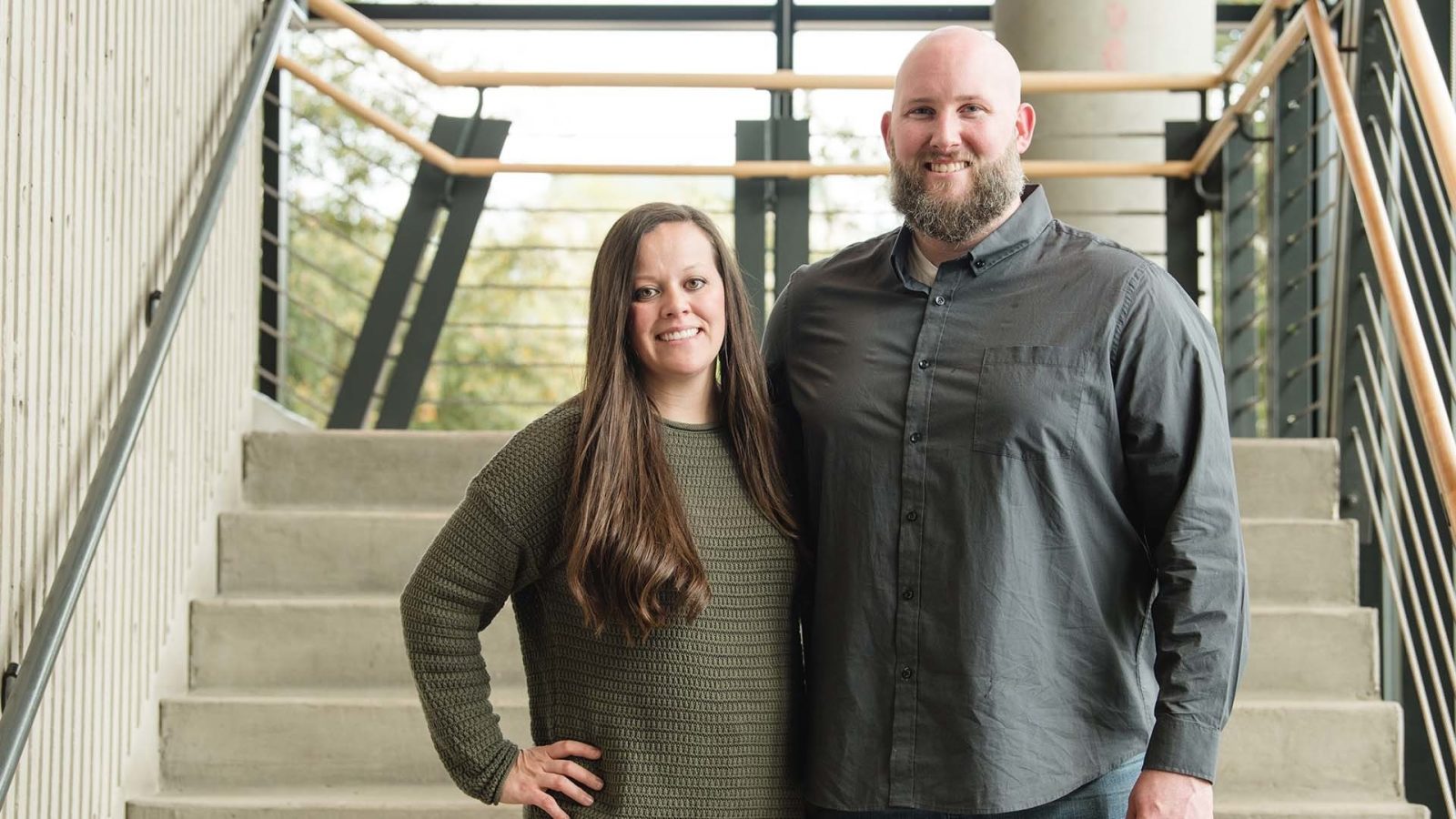 “Thanks to God’s work in our hearts, our marriage is marked by an unending cycle of confession, forgiveness, and sanctification. It can’t work any other way.”

“Why would God allow the kind of suffering my family has gone through? That’s the question I wrestled with after my mother passed away right before my 8th grade school year,” said Kacie Hickman. My parents were happily married believers, and our family was very involved in church. I couldn’t understand why God would allow a family to be broken apart.

“I continued to fall away from the Lord and numb myself to anything spiritual when I went to college. I did a lot of partying and drinking out of anger over my mother’s death. I put up a wall to the Lord because I could not get past the questions about God’s goodness. I would come home after a night of drinking, full of remorse and knowing that I had done something wrong, but still choosing rebellion. My anger fueled my desire to be selfish.

“I met my husband, Josh, in a bar, and we started dating. Josh was wrestling with alcohol and rebellion, too, but eventually decided to follow Christ and get involved in a local church. That’s how we ended up going to Watermark together in 2011.

“God’s faithfulness to redeem Josh’s story is actually a big part of mine. After Josh trusted Christ, he started studying God’s Word, memorizing Scripture, and building relationships with other believers. He also began feeling convicted that he had not been honest with me in our dating relationship. After Josh read Joshua 1:9 in a devotional, the Lord placed it on his heart to confess that he had been unfaithful to me several times – a secret he hoped he would take tothe grave. Of course, those words were painful, but they were a turning point for me, as well.

“After Josh confessed, I spent a lot of time in prayer – something I hadn’t done in a long time. I took a look at my anger, and the Lord helped me lay it down. I could see that God had been working in Josh’s life and in mine, even when I had rebelled. ‘Because of the Lord’s great love we are not consumed, for his compassions never fail. They are new every morning; great is your faithfulness.’ (Lamentations 3:22-23) The Lord had been working all things for good (Romans 8:28) behind the scenes in my life, whether I had been faithful to Him or not. Choosing to forgive Josh like I had been forgiven by God reignited my faith and helped me pursue a relationship with Christ.

“Josh and I got married in 2013 and had our son, Jase,a few years later. As happy as we were to become parents, the months after Jase’s arrival were a very difficult time. We had moved to a new home and were far away from our families and the community group we’d been in for a long time. We both had new jobs and were in a constant cycle of work, caring for the baby, sleeping (a little), and then more work. It seemed like there was no room for our marriage, and we had no idea how to fix it.

“Yet again, it was Josh’s willingness to open up about his own struggles that helped us both. He confessed to me that he was struggling and felt very isolated. He laid all his sin out there, and his honesty opened the door for us to communicate openly about our marriage. Obviously, our relationship is what made us parents, and we had both missed it in caring for one another as Christ calls us to. I was so thankful to God for allowing that conversation to happen.

“The result of that interaction was us getting back into a community group and connecting with people we could do life with again. Since we both started following Christ, community has been a big part of our story. As we settled into our new neighborhood, we were thankful to find a group of people with whom we could be open and authentic. We also got involved in Watermark’s new Frisco campus, and people in our community group started serving in various areas on Sundays. I don’t know if our relationship would be where we are today without other believers who love and encourage us.

“For me, there is great freedom this side of faithfulness to Christ. No matter what we are facing – the miscarriage we had several years ago or challenges in our marriage – I can choose to be angry at God or trust that He is at work in my life. Trusting in Christ helps me live with confidence as I raise our two kids. The Lord also helps me model daily confession and forgiveness with my kids and my husband. Thanks to God’s work in our hearts, our marriage is marked by an unending cycle of confession, forgiveness, and sanctification. It can’t work any other way.”