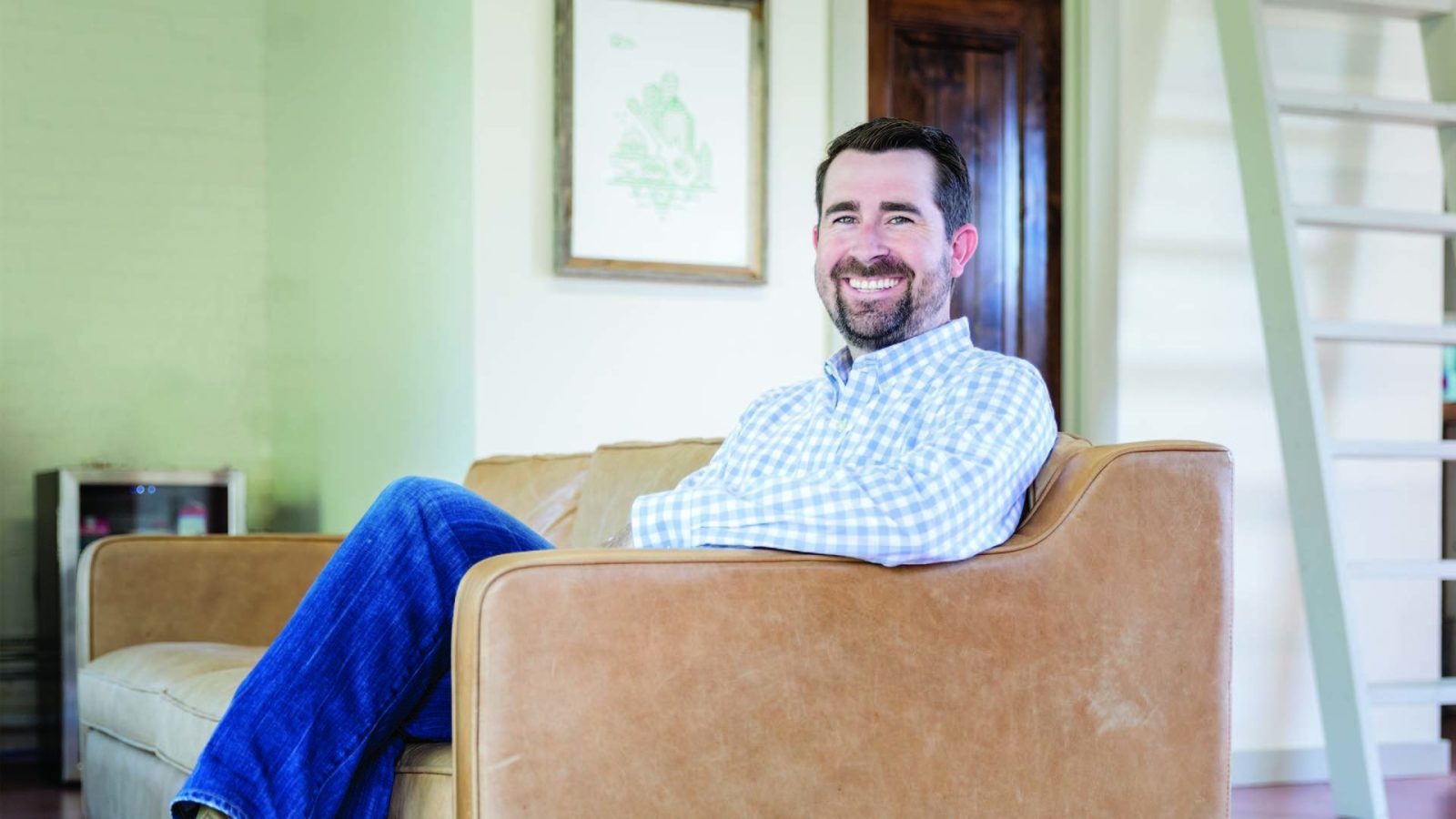 “I had such a skewed view of what the church should be, and it wasn’t a place I thought about being authentic about what was going on in my life.” – Kevin Henry

“I was going through the motions of a ‘good Christian’ for a quite a while, but my faith was far from good,” said Kevin Henry. “Hidden sin and fear of confessing the truth kept me from being the husband and father I wanted to be. The lack of authenticity in my life held me back from fully committing to a life lived for Christ. I wanted a pure, godly life, but that desire was eclipsed by fear of how confession might change my relationships.

“I met my wife, Katie, when we were at Baylor University. I’d spent years trying to find life in parties and alcohol, but I still went to church on most Sundays. Growing up in a small town, relationships with people from church were always surface-level. I learned early on that if I had a struggle or problem, it was best to keep that within the family. From the outside, my life had always looked pretty good, but I had no community around me.

“My wife and I married after I graduated, and we moved from city to city for about three years because of my work. From the get-go, I was failing at leading my wife spiritually. Sundays were when my walk with Christ began and ended.

“Almost five years ago, a friend invited us to visit Watermark Fort Worth. I remember that first Sunday very well because the speaker talked about his own sin struggles and his willingness to confess openly to his community group. I was not comfortable with that. I had such a skewed view of what the church should be, and it wasn’t a place I thought about being authentic about what was going on in my life.

“But by God’s grace, we kept coming to Watermark and building friendships with some people here. I started to see that God’s Word calls us to be fully known rather than giving people a put-together façade. But authenticity didn’t come easily for me. When we met with three other couples for our first community group meeting, I remember thinking that they were over-sharers. I’d never seen someone confess that much in my life. But as time passed, I started to feel more convicted that I had not been living in the light. There was unconfessed sin that I’d struggled on my own to manage. I wasn’t winning that fight.

“‘I can stop any time.’ That’s what I kept telling myself about pornography. But temptation kept creeping in, along with guilt and shame. By keeping it to myself, I was setting myself up for failure. Eventually, I felt certain I needed to confess to my wife. Then one night in December I finally told her the truth. She was devastated, hurt, and felt betrayed. Fortunately, our community group, along with my parents, came alongside us as we walked through reconciliation together. Week by week, we made progress together and sought God’s Word for answers and guidance. Without their compassion, prayer, and biblical guidance we would have a had a much tougher road ahead of us.

“I felt a huge weight had been lifted off of my shoulders after I confessed. As difficult and scary as it was, honesty about my sin struggles put me on a path to being fully known by friends, family, and especially my wife. God used authenticity and confession to free me up to lead our family spiritually. It also opened the door for others in our community group to be open about their sin patterns, even as they continued to rally around us.

“I decided to focus on prayer, Scripture memorization, daily Bible reading, and other fundamentals by going through Equipped Disciple at Watermark. My faith was entirely transformed because I gained a new perspective on becoming a Christian who walks in dependence on the Lord. Although I’m still a work in progress, I have found such freedom. I no longer feel defined by my sin and have been set free to live in purity in Christ.

“Now my wife and I are much closer than we were before. We have more intimate, direct conversations and feel comfortable asking for forgiveness when we make mistakes. Before, I was holding back in our relationship because I was holding onto something I didn’t want to let go of. When I finally humbled myself, I received forgiveness and kindness I did not expect. Now I wonder why I waited so long.

“The other thing that changed was my understanding of what it means to live authentically in community. Before confession, I was prideful and thought I could control the stumbling blocks on my own. I see now that I needed friends who loved me enough to point me to the truth in God’s Word and hold me accountable. What I used to think of as oversharing I now see as authentic, biblical community. Christ’s work through community with other believers changed everything for me.”